Doodle Balls is free Windows 8 reaction test game app. It is a fun simple Windows 8 game app, where the objective is to move the red ball in the playing area, for as long as you can, and avoiding the other black balls. It sounds simple, but, it is extremely fun game app and gets more interesting as you spend more time in the game. The game is very light weight and runs without the need of connecting to internet. The game is made for all Windows 8 supporting devices, and is very fun playing in both touch and non touch devices. This is a simple 2D game app with simple rules, and  is made for everyone. 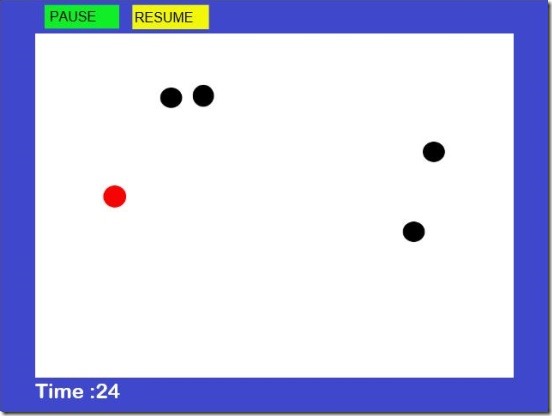 Get this Windows 8 reaction test game app from the Games Category in Windows Store, or click on the link given at the end of this article.

About gameplay of this Windows 8 reaction test game app:

This is a type of game that’s made for all. The are no sudden and twisted rules in the game. Everything is right in front of you. The game looks and feels best while playing it in a touch device. Because the screen resolution of the game, that is the playing area, is made with the hand-held devices in mind. So, the PC users might find the playing area a bit smaller. But, this doesn’t affects the fun part of the game, at all! I have a desktop, and I liked playing the game in it.

The graphics are really simple, making the game app as light as possible. This as a result, makes the game app run smoothly without any lags. The controls of this Windows 8 casual game are very easy. The game provides options for controls. You can use the mouse click and drag to move the red ball, or you can also use the keyboard arrow keys to do the same. Though, I did felt the mouse controls are more better than the arrows control. 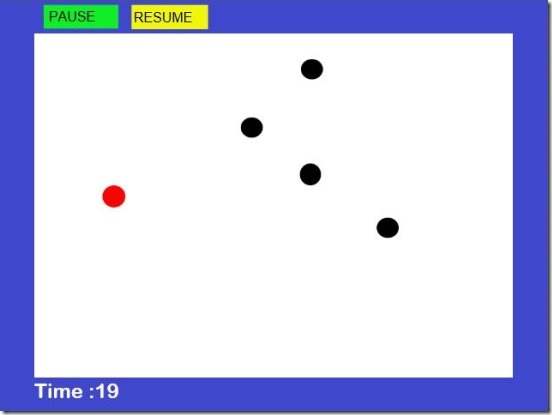 The gameplay is the highlight point of this Windows 8 survival game app. In the game, initially, you’ll get a red ball and two black balls. The black balls moves freely in any direction, and what you have to do is, avoid coming in contact with them. Also, the moment the game starts, a timer at the bottom left side of the playing area, automatically gets started, counting every single second. And, the cool thing is, as the time passes by, the number of black balls increases one by one, making it harder for you to stay away from the black ones. So, the objective of this casual game is: avoid black balls and stay longer in the game as long as possible. Because, the longer you stay in the game, the higher your score will be. 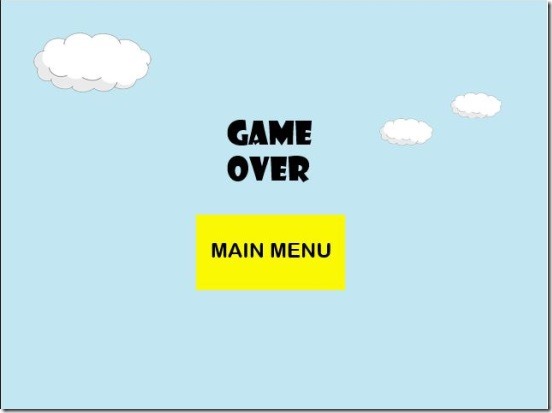 Looking for some more cool reaction test game app for Windows 8, then check these out: SushiChop, Pocket Sheep, and FastBall 2.

Doodle Balls, is a good Windows 8 reaction test game app. It’s sounds simple but is very fun and addictive. Though, it does needs an option to save previous scores. Other than that, it’s a good app.