Pocket Sheep is a free Windows 8 game app, where you have to play the role of a good shepherd, and guide the folk of sheep towards the goal, which is a green grass land. But it’s not that easy, there will be multiple obstacles on your way between the starting point and the destination. The game has total of 90 levels, and three difficulty modes: easy, medium, and hard. The game is actually a reaction based game app. The sheep reacts to how you are pushing them and towards which direction. There’s no time limit in the game. But, finishing the game quick enough, will award you with 3 stars, and the more you are delayed the less stars you’ll get. 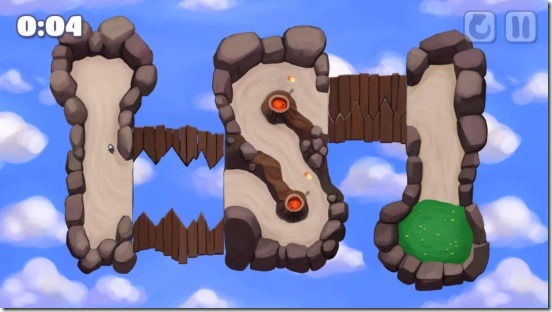 The game is free, but the levels are locked. But, they do get unlocked automatically on daily basis. This is an all original Windows 8 game app, with an original concept and very cool gameplay.

Playing the game was extremely fun. The reason behind the game being so good is that, it’s very refreshing and is very unique. This is one of it’s kind game app, which is basically dependent on touch or clicks on the screen. The game looks like it’s been developed for touch devices. But, it surely is fun playing in desktop and non touch devices. The game has really good simulations and there’s an extremely good sync between the controls and the reaction on the game. The sheep are afraid of your touch/clicks, and try to run away from the click. So what you have to do is, click-drag in the direction where the destination is. You can release your mouse button in between, to get a better control over the sheep and then click-drag again. 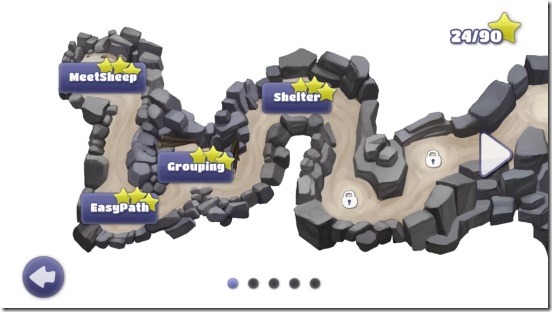 But, like I said, it’s not that easy as it sounds. There will be obstacles between the starting point and the destination. There’ll be volcanoes bursting lava rocks, floating platforms, and platforms that break and join suddenly. And as obvious, there’ll rocks on the way, making the path filled with turns, and, not to forget the empty edges. All of these comes on different levels of the game. If any of the sheep fall from the edge, then they’ll come back to the very same starting point, and you have to start again from the beginning. 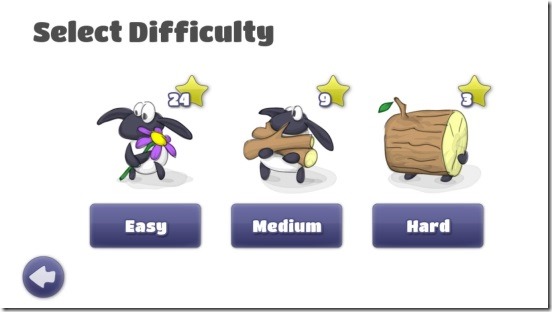 The gameplay of this game app is very fun, and the difficulty increases as the levels advances. Besides this, there are 3 difficulty levels in the game. In the Hard difficulty game mode, there’ll be more number of sheep to control, and are quite hard to control. Whereas, the Easy game mode has least number of sheep, and they are quite easy to control. Simply direct sheep as fast as you canto wards the goal, and get 3 stars at the end. 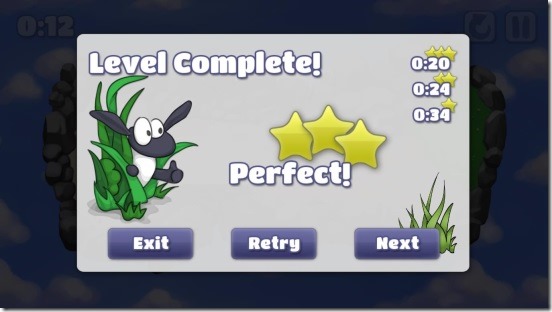 Looking for some more cool and awesome Windows 8 game apps, then check out: Super Resident Raver, Judge Dredd vs. Zombies, and Radiant Defense.