Super resident Raver is a free Windows 8 zombie game app. The game is fun and one of it’s kind game app, present in the Windows Store. The game has a good concept and is combination of Super Craft Box and Elevator Action. This is an action packed survival game app, where you have to survive the longest, along with rescuing trapped residents of FSU. You’ll get some crazy guns using which, you can kill all the zombies chasing the residents. The game has simple rules: the longer you survive, more zombies you kill, and scores the highest. 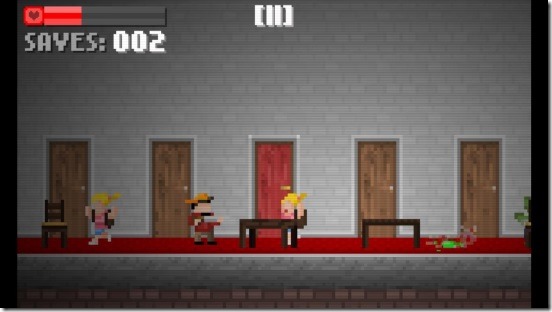 So get this cool Windows 8 zombie game app, prepare yourself, because it’s time to be a hero!

This is one of the coolest Windows 8 game app, I have played so far. It has a really good gameplay. The game reminds you of the 70s and 80s games, where there used to be games with very basic pixelated graphics, techy music, and easy game controls. The game has the same simulations that were present in the games of those time. If you are born around that time, then you should try this game app. And if you are a kid, then you should play this game app as well. This game is going to keep you glued for a while. 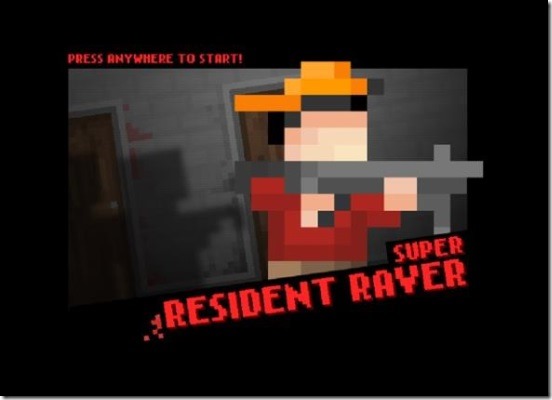 The gameplay, is another good trait of this Windows 8 zombie game app. This game app comes with a really good gameplay. You’ll play the game in waves. In each single wave, you’ll get into a level of FSU, which has got residents trapped in the floors. All you have to do is, go to the door that turns red, and get the residents out of the floor. But! doing that is not that easy, there’ll be zombies moving around here and there in the floor, drooling and looking for some humans to eat. So, you have to save the residents from the zombies as well. 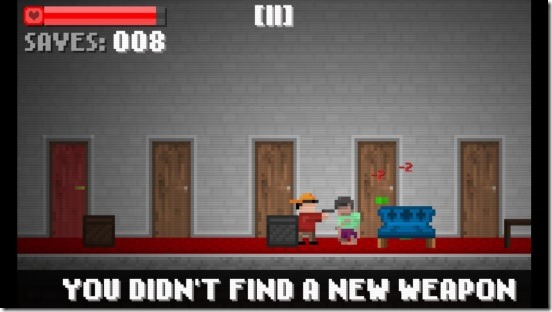 You can use the different kick ass guns to kill them. And the good thing is, there’s not just one gun, but multiple! You can get different guns by picking up the bags that are thrown at you, during the gameplay. Simply rescue all residents from a level and kill zombies, and then move to the next level. Use left and right arrow keys to move the character, up arrow key to open and close doors, and space bar to fire. But also, keep an eye on the life meter, which gets reduced, if you come in contact with the zombies. 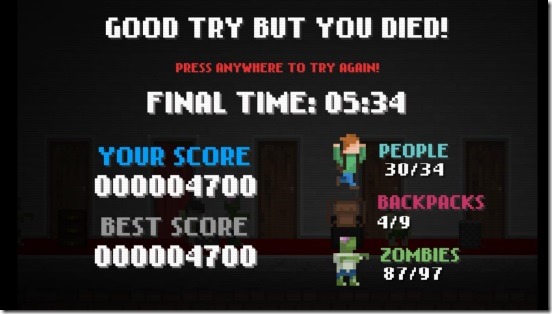 Here are some other fun Windows 8 survival zombie game apps for you: Shoot The Evil, FleshBlender, and Judge Dredd vs. Zombies.

Super resident Raver, certainly is a good Windows 8 zombie game app. It’s fast, functional, has a good sync between controls and actions. All in all a great game app to play.