dEXTRIS is a free iPhone game which tests your concentration skill and also helps in improving it. You might have played different games on your iPhone but this one is one of those games which makes you go crazy and crave for more. It is a very fast paced hardcore game which just expects only one thing from you and that is complete concentration. The game is simple to understand and play, but hard to master. You need to have highest level of concentration skill to get high scores in the game.

In this game you have to control two attached blocks and avoid them from hitting the spikes that will come in the way. These two blocks are attached in the game but you can also de-attach them whenever you want to. According to game developers, this game uses magnetic control scheme for the super speed. As I have already mentioned that it’s a fast paced game, so the speed of the attached two blocks will keep increasing as you will progress through the game. The game lets you share the score via Facebook, Twitter, and mail. You can also track your progress in the Game Center leaderboard and even challenge the real players. 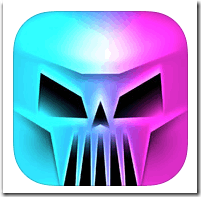 The game play of the dEXTRIS iPhone is very simple and addictive. You simply need to control the two attached blocks on their way to moving upwards. While they are moving upwards, you will see spikes coming in your way and you need to dodge them in order to continue playing the game. The spikes can appear at any side on left, right or center; and that too anytime. If you fail to dodge any of the spike, then the blocks will be destroyed and game will be over. 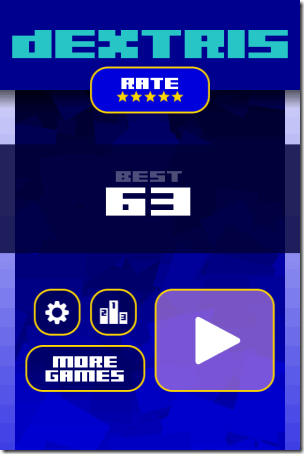 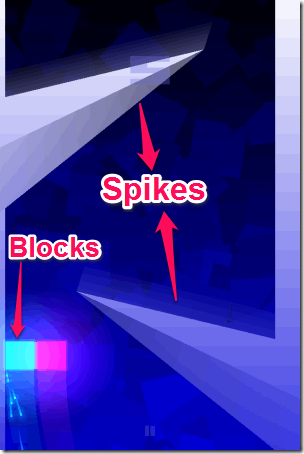 While your are doing this, there will be a chance when suddenly the spike will appear in the middle. In that case, you need to split the attached blocks to dodge it. To split both the blocks, tap and hold on both the sides (left and right) and when you have dodged, release the thumbs to attached them again. 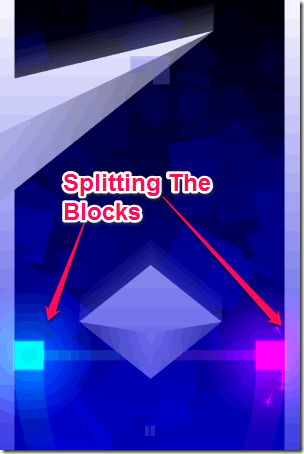 While paying the game, you are awarded with 1 point for each of the spike dodged by you. So, keep dodging spikes to top the leaderboard. But do keep one thing in mind that it is a fast paced game hence, the speed of the game will keep on increasing as you will dodge more and more spikes. It means that you need to concentrate more and more to score high.

You may also like this 2048 puzzle game for iPhone and Desktop reviewed by us.

dEXTRIS is a very addictive and interesting iPhone game. I personally like this game very much as it really challenged my concentration skill to the maximum. The game is so addictive that even my colleagues got hooked to it in no time. Do play this game if you also want to test your concentration level and also don’t forget to mention your high score of the game in comments below, mine is 63.