2048desktop is a free desktop based game which can be a great way to pass time. The main motive of the game is to move the numbered tiles in the grid blocks in order to get a sum of 2048. The game involves no complex calculations, you simply have to move similar numbered tiles so that they add up. It will continue until you get the result of 2048.

Below is a screenshot of the game interface. The game interface looks very cool. First few moves will be a bit confusing and you will think what is happening. But as you continue playing, you are sure to fall in love with it. 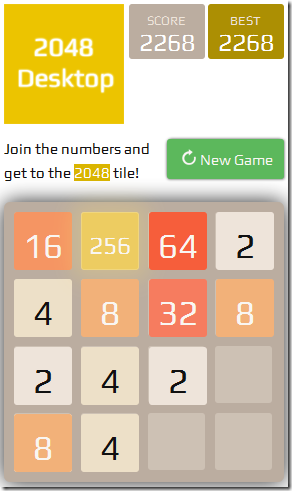 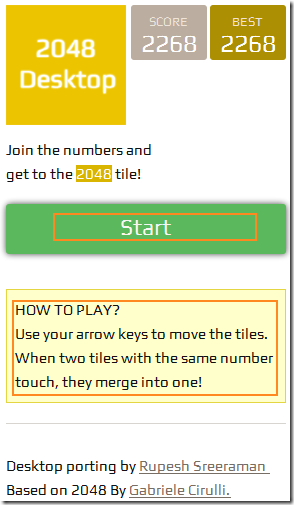 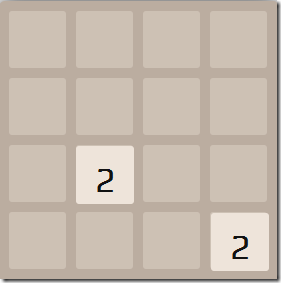 If you do not find any matching then press either of the keys to generate new number and shift the numbers in the direction of pressed keys. So if you press Down arrow key in the above case all the tiles will move down and new numbers will be generated. But it is wise to move the similar numbers adjacent to each other, this can be done by pressing the Left or the Right arrow key in the above case. 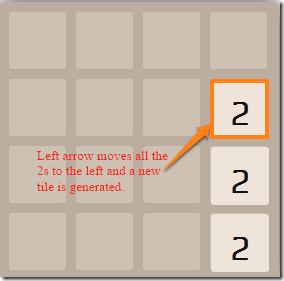 Now the 2s are adjacent press either the Upward arrow key or Downward arrow key to merge the 2 tiles and simultaneously generate new numbers in other tile positions. This is what you will get once you press the Downward key. 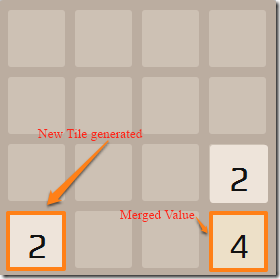 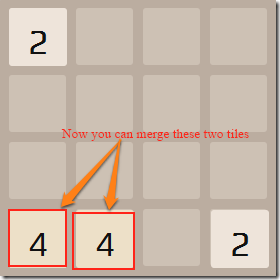 After merging you will see there are three different numbered tiles with numbers 2, 4 and 8 now you have to move the tiles so that another 8 comes up which are adjacent so that you can add them to get 16. Now when you get 16 you have to move the other tiles to get another 16 which is adjacent to the previous 16. Merge them to get 32, this number merging process continues until you have a tile numbered 2048. With every key press your score will increase. If you successfully merge higher valued tiles you get more points.

While moving the tiles to get to the end of the game. I got the following positions of the grid: 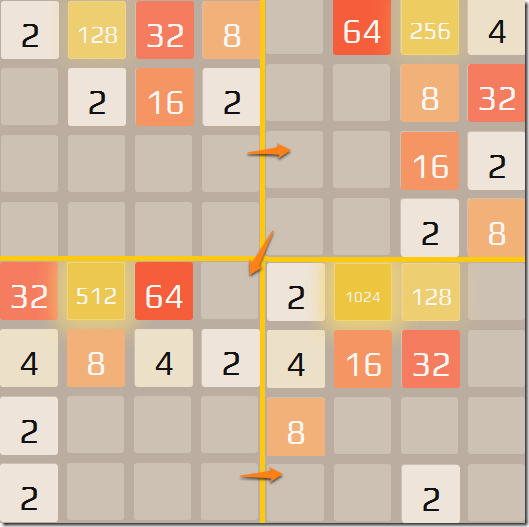 Well sometimes it is hard luck and you will not be able to complete the game because all the grids have been filled up by some number and there is no more free space to move the tiles. 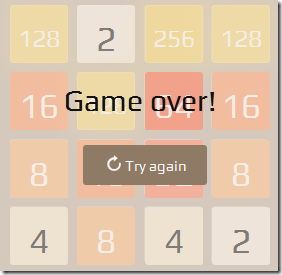 2048Desktop is a great game. It can be played both by children and adults. What I feel is that, the game is addictive. While writing this review I ended up playing the game for three long hours. Nevertheless it is a cool game to keep you busy this summer.

Get 2048Desktop free from here.

You can also check out the review of this game for iPhone.