Here’s a list of 5 free photo morphing apps for Android which you can use to apply the warp and morphing effects to images using your Android smartphone or tablet. Morph effect can be used to have a lot of fun with photos of you and your friends. No matter how bad the day seems to be going, by glancing at an image with a morphing effect applied we always end up with a chuckle.

Luckily there’s a lot of photo morphing apps in the Play Store. Let’s see what exactly can they do. 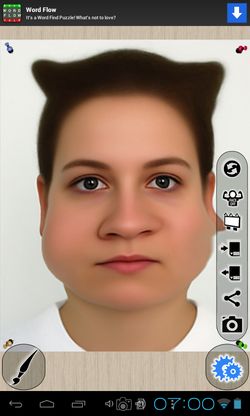 Photo Warp is probably the easiest photo morphing app that we had the pleasure of testing and yet it still has a lot of features. A test image is opened right away so that you can start morphing as soon as the app starts.

Tap on the bottom right corner gears icon opens up a menu from where you can import you own images. Paint brush icon in the bottom left corner on the other hand lets you set the morphing effect, this isn’t a standard paint brush. You can set between morphing, warping, size of the effect, etc.

Get Photo Warp by Tonuzaba. 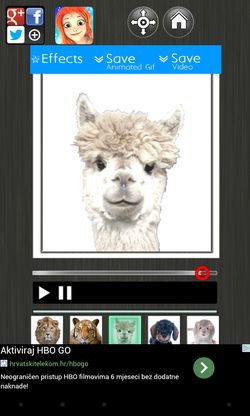 Face Warp & Morph is a free photo morphing app for Android that has automatic face morphing. Manual photo morphing is also supported, it’s up to you to decide which one you’re gonna use.

Automatic photo morphing morphs images until the person on the photo starts looking like one of several available animals (pig, tiger, llama and more). You just need to select an image from the gallery and Face Morph does the rest. 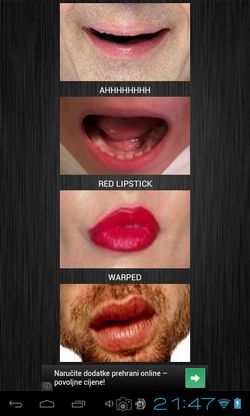 Mouth Morph is for all those who are interested in having only the mouths of unsuspecting victims morphed and “decorated” with interesting effects.

Image above shows a short list of the effects that you get after installing Mouth Morph. List is very long, which means that you can have a lot of fun using this photo morphing app. 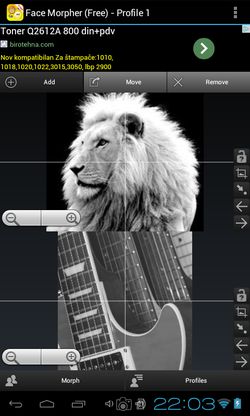 Face Morpher is a free photo morphing app that morphs two faces into one. You’ve undoubtedly seen an effect like this at some point in your life, a smash up of two faces.

With Face Morpher you to can now do it. They don’t even have to be two human face, or faces at all. App lets you morph two image of anything into one, but it’s recommended that they are faces, because face morphing is most effective. 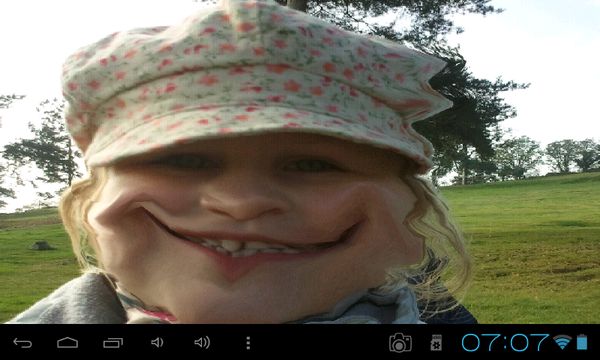 It’s very small and lightweight. It lets you load images by pressing on the menu button of your phone or tablet. Doing that activates the controls. Morph images by taping on the screen and moving your fingers around.

Image Ooze and Photo Warp by Tonuzaba impressed us the most. They are very easy to use and can produce nice looking effects. Mouth Morph is also interesting. Try them all and let us know which one you think is the best in comments down below.