Here’s a list of 5 meme generator apps for Android which you can use to create memes on your Android devices. Memes have been making us laugh, giving us advice or bringing tears to our eyes for quite some time now. There’s a meme out there for practically every situation. Setting up a meme is easy with the apps mentioned down below, if you want to share something interesting with the world.

Let’s look at the apps I found in the Google Play Store. 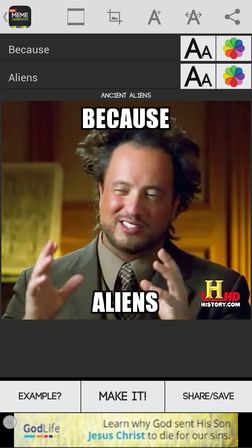 Meme Generator Free comes with a selection of over 500 types of memes and it’s highly customizable. This can be seen from the image above.

Up to 10 captions can be setup. Font can be changed (size, spacing, etc). Memes are grouped in categories according to the type. Search tool exist to help you find the one you need. If you can’t find anything satisfactory, it’s possible to import photos of your own into the app using gallery/camera and use them instead. 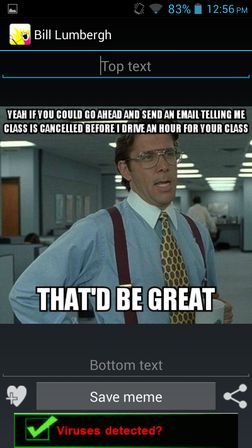 Where it’s different is advanced features like font customizations and the number of captions. Here you only get 2 captions, top and bottom and you can’t customize the font. What it does have is a gallery of memes created by others that you can browse and get a few laughs out of. 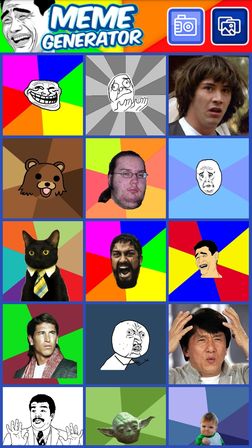 Meme Generator by Humor y Memes has a smaller collection of memes, but all the more popular ones are there.

You could say that this meme generator focuses on quality, not quantity. Only two captions can be setup, top caption and bottom caption. New meme images are added frequently and you can also load your own photos (using camera or gallery import). 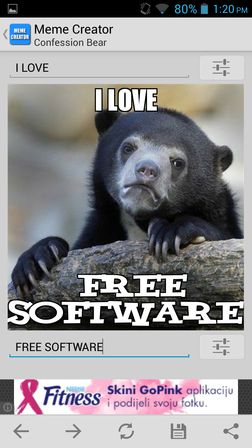 Meme Creator takes the cake when it comes to the number of memes that it has to offer. With over 600 different meme image templates to choose from, it has practically everything that you’ll ever need.

What makes this app even more interesting is the meme editor. 2 captions can be added and you can change the font in every way possible, size, formatting, font type (20 types of fonts to choose from). Font of each caption can be tweaked separately by tapping on the settings icon next to it. 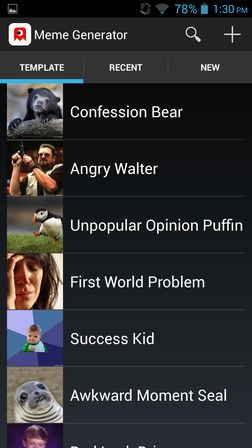 Best Meme Generator by Memeful gives you a small collection of the more popular memes and memes that are currently trending on the internet.

Caption editor is simplistic, font can’t be changed, and only 2 captions can be added, top caption and bottom caption. Like with all the other meme generator apps that I covered, when you create a meme it can either be saved and or shared via social networks directly from the app.

Get Best Meme Generator by Memeful.

Even though all the apps that I covered are great, the one that caught my eye the most is Meme Creator. It has a great collection of memes and advanced caption editor. Meme Generator Free comes close behind in second place.