Here are apps for Android that can do just that. 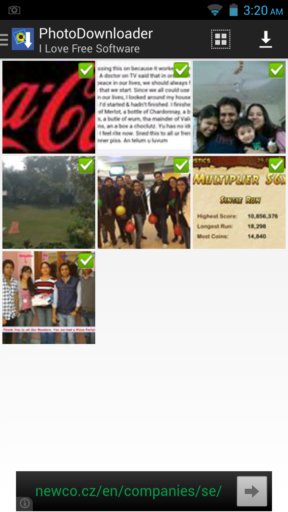 MyPhotoDownloader for Facebook does everything that we described in the introduction and then some. It can download all the photos from the news feed, our own albums, albums of our friends, pages and groups.

You can switch between previously mentioned locations from where images can be downloaded by tapping on the settings button in the top left corner of the screen. Thumbnails of all the images are showed in center screen. From the top right corner you can select all the images (or just some) and start the photo download process. Multiple images can be downloaded at once. 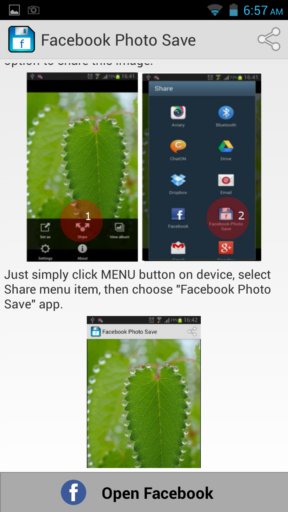 The following app is for all those that are running older versions of Android and therefore the older Facebook app which didn’t have the option for image download, like the current version has.

After installing this app, when you tap on the “Share” button from within the Facebook app you’ll be offered an option to share the photo to FB Photo Saver which basically means that the photo is gonna be downloaded by the app. 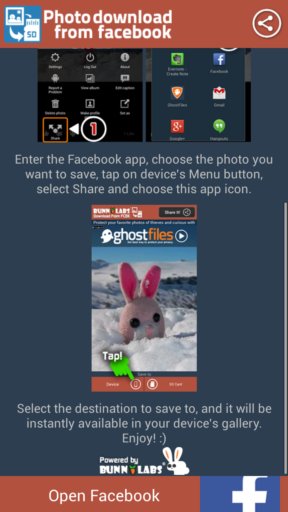 Download photos from Facebook works on the same principles that FB Photo Saver does. It will add its option to the “Share” button of the Facebook app so that when you Share a photo there’s gonna be an option for it to be downloaded.

This is perfect for everyone that’s forced to use an older version of the Facebook app that doesn’t have image download option built-in (it wasn’t there always you know). 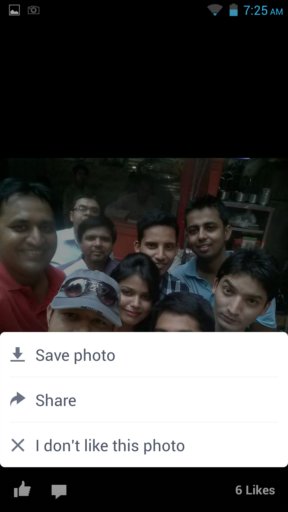 You just need to tap on the settings button, the three buttons at the bottom of your phones screen and an option will be there to save the opened photo. 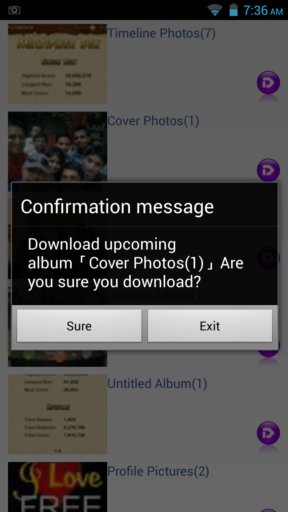 We’ll finish our list the same way that we started, with the only other mass Facebook photo downloader app from the Google Play store that we could find called simply Facebook Photo Downloader.

First and last app from the list are our picks if you’re looking for a “professional” Facebook downloader apps. Others are great if you need to download images on an individual basis, one by one. Let us know what you think in the comments down below.