In this tutorial, I will explain how to block touch of an Android phone. The methods explained in this tutorial are quite simple and will allow you to block the touchscreen or any type of touch input to your Android phone with just a tap. So, the next time you are giving your phone to the kids to focus on an app or playing video, you can use any of the methods described below to simply disable touchscreen and buttons of your phone. Nothing tricky is involved here and in each method, I will introduce you to a free Android app to disable touchscreen and buttons. These apps serve the common purpose to deactivate the touch input on the current Android screen. However, most of these Android touch screen blocking apps also give you the option to block power, volume, back, etc buttons too. After blocking the touchscreen of the Android phone, you can easily revert it back to the normal functioning by tapping on a floating button or a specific pattern. 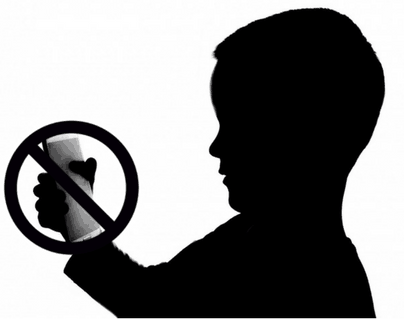 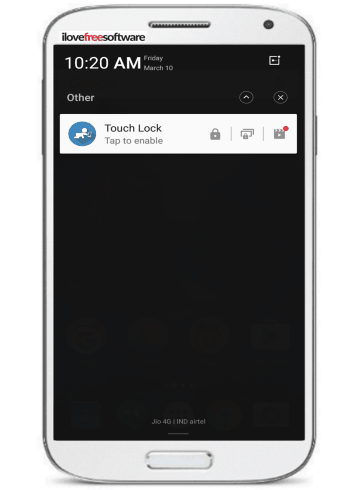 Touch Lock is a free Android app to block touchscreen on Android. It doesn’t matter which app you are using like NetFlix, Hulu, YouTube, etc, you can use this app to block any touch input to your Android phone. You won’t have to think twice before handling your phone to your kids and especially toddlers as any touch gestures from them are not accepted by the Android phone and the soft keys are also blocked. It gives you the option to block Android touchscreen from the Android notification panel as shown in the screenshot above. You just have to tap on the Lock button and the touchscreen along with the buttons will be disabled. It adds a floating button on the locked screen to disable or exit from the touch block mode. Tap twice on this floating button to re-enable the touch and buttons of your Android phone. It also lets you just block the soft keys of your phone. In this mode, your touch is kept enabled and only the soft keys i.e. back, home and recent apps button are disabled. To unlock the Android softkeys, you have to press the home button twice.  So, you can choose what you want to block as per your preferences. You can see a quick video of this app here: 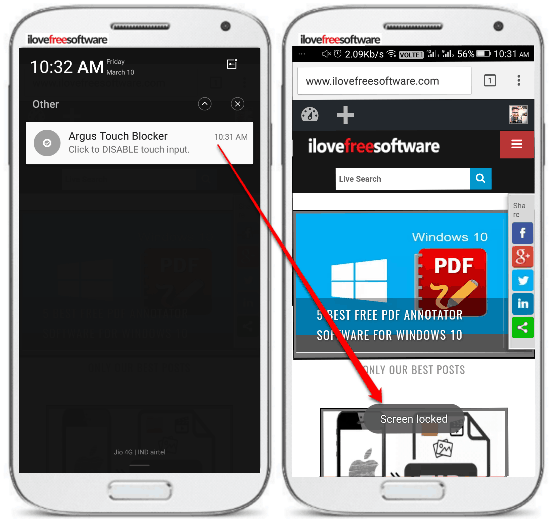 Argus Touch Blocker is another free Android app to block the touchscreen of any Android-powered phone. Just like the previous baby touch block app in this tutorial, this app will too ignore any unintentional touches by kids or other users which make the phone unusable for them. After installing this app, turn on its option to block touch screen from the app preferences. Now, you can see the option to disable touchscreen in the notification panel. Tap on the “Argus Touch Blocker” button in the Android notification area to disable the touch of your phone. Your phone will not accept any touch gestures now as it becomes totally touch-proof in this mode. However, soft keys are not locked, and the inputs from the back, home, etc button are accepted by the phone. So, other users or kids cannot mess around if you are watching any video or doing anything else on your phone. There are many other options to lock touchscreen i.e. by shaking the device, when you approach to the proximity sensor of your device, triple tap on the screen, unblock on volume, back key, etc. 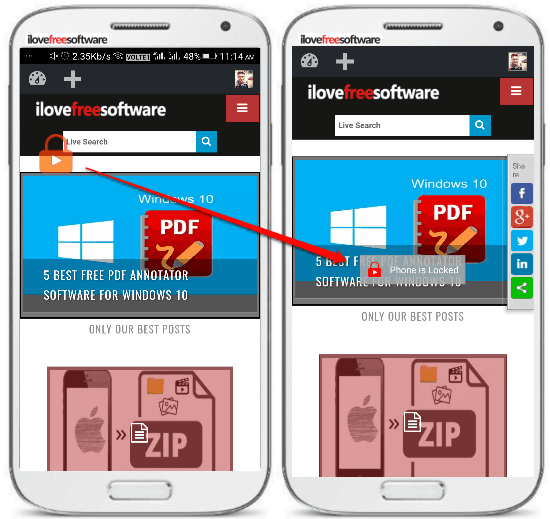 Live Lock is another baby touch disable Android app. If you want to make your kid watch his / her favorite video on YouTube, Netflix, etc without any problem then this app can help you as it totally blocks the touch interaction to the phone and all the Android softkeys. The app has 2 modes to lock or disable touchscreen i.e. auto and manual. In the manual mode, you will have to tap on its floating button to lock touchscreen of your phone. However, the auto mode in the free version is not very useful as you can only select one app on which its floating button will be automatically enabled. After you have installed this app, you can simply deactivate the Android touchscreen by tapping on the floating button, as shown in the screenshot above. You can then unlock the touchscreen i.e. by drawing a pattern or by touching the 4 corners of your phone within 4 seconds. You can select any of these unlock types in the app preferences. 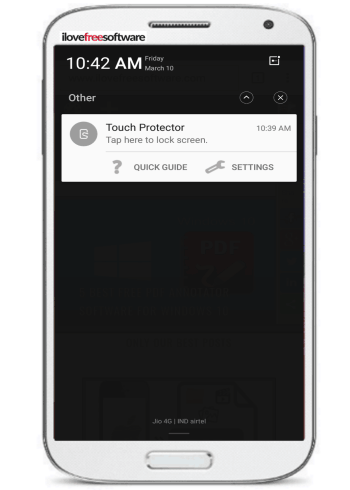 Touch Protector is another free touch blocker Android app which can block your Android touch screen and soft keys. This kid touch blocker app works in the same way as other Android touch blocking apps in this tutorial except for the fact that it offers more ways to lock and unlock touch screen. You can choose to lock touchscreen by shaking your phone, when the proximity sensor is covered, when your phone is turned upside down, and when your phone is right side up. After the touch screen is locked, the softkeys are also disabled, which makes it quite handy to use. To unlock the touch screen, you can either use a hard key like volume up, volume down, etc. Do note that it automatically unlocks touch screen when you receive an incoming call. 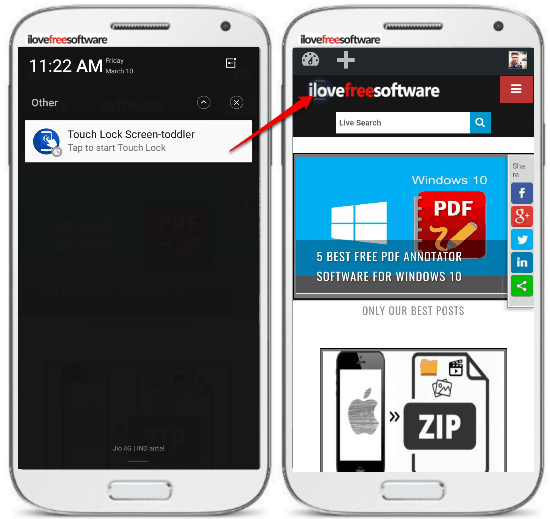 Touch Lock Screen is the last Android app in this list to block touchscreen of any Android phone. As compared to other apps in this tutorial, this app is pretty simple and doesn’t provide any additional options. You can simply deactivate your touch screen and the Android hotkeys from it. After installing this app, allow all the permissions required by this app to modify and access app usage. You will then see the option to lock touchscreen on the Android notification area, as shown in the screenshot above. Tap on the “Touch Lock Screen-toddler” option to see its floating button. Now, tap on this floating button to lock touch screen of your phone. In order to unlock touch screen, tap on this floating button again.

In this tutorial, I have explained multiple methods to disable touchscreen of Android phones. I hope this tutorial will be useful and help you watch videos or do other stuff on Android phone without having the fear of your kids intervening in between. You can simply block the touch screen of your Android phone, hard keys like volume, power, etc and soft keys to turn your phone into the baby proof mode.