If you want to have System Wide Voice Search functionality in a minimalist form, Microsoft Torque for Android is one option you should take a look at. This app doesn’t have any built-in engine to give you a vocal response, but you do get a nifty feature wherein voice search works within a hovering window which can be called from any app, just with a twist gesture of your device.

The reason behind this push for voice search on Android, is the ease of access it provides its users with. Microsoft has tried to answer Google Now and Apple’s Siri with its own alternative in the form of Cortana, which is specific to Windows Phone devices only. But Android users have finally got a well-executed voice search app by Microsoft in the form of Microsoft Torque for Android.

The app seemed like a run-of-the-mill search app from its description on the Play Store, but I was pleasantly surprised when I tried it for myself. The system-wide gesture activation feature is pretty neat, and you can search for anything without leaving the current app at all! Read on to find more about this app whose chief UI consists of a simple hovering box! 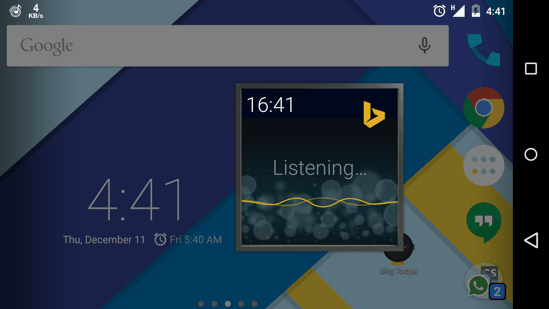 Once you install and open the app, you are greeted with a settings screen with no other accessible menu in sight. Yes, this is so because the app itself doesn’t have any main-app UI so to say. It works like a hovering widget wherever and whenever you call it. The settings menu has the option to set the twist gesture as a way of launching the hover window for searching or asking questions. These settings are available for your Android Wear watch as well (which it is chiefly aimed at, but I found it to be extremely useful even on mobile devices!). 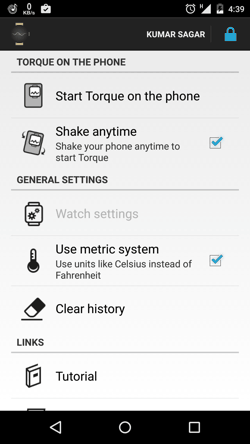 But hold on a second! If you were looking for a voice feedback as well, you’d be disappointed. Torque is no Cortana or Google Now, but has something great going for it — the fact that it’s easily accessible and minimalist. In my opinion, it even beats Google Now to the punch in this department. The hovering window also helps its cause as it performs its work of answering your query or performing a search, and just gets out-of-the-way the moment you touch anywhere outside its window. 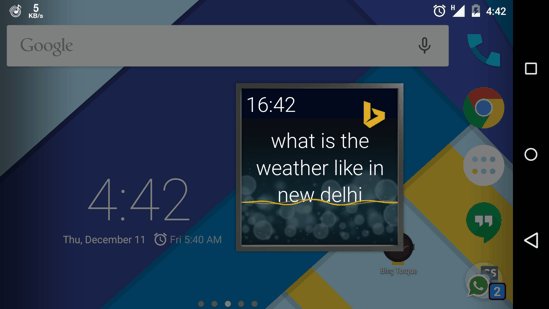 Microsoft has done a great job of making its voice recognition algorithms intuitive enough. It recognized my natural word accents without failing even once! The interface then presents you with an apt answer or the relevant search results. The search results can be viewed one at a time and scrolling is done by swiping the current result away. Certain responses like weather give you more info when you swipe sideways. You can perform another new voice search by tapping the Bing icon on the upper right corner of the window. 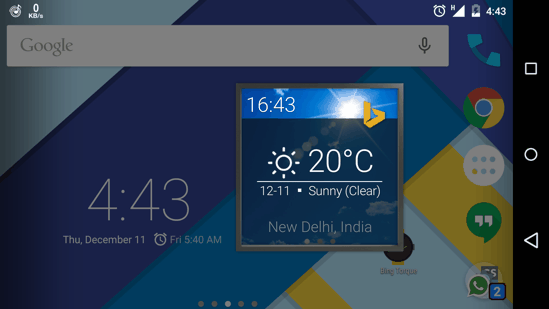 The voice recognition responds with relevant text to quite a few types of queries and hence is rather useful. And if that small window isn’t really helping, then you can swipe to the right-most screen to open your browser instead!

Microsoft Torque for Android tries to bridge the gap for users who love Voice assistants and others who just like the feedback to be in textual form. It has limited functionality, but is too intuitive to ignore and is still something to look forward to for future updates. The hovering window impressed me to say the least while the voice recognition worked fine as well. And as for the Android Wear users, you guys NEED to try this!

Get Microsoft Torque for Android