Exercises include observation exercise, memory exercise, calculations, and reasoning. The app increases the difficulty level of the exercises on the basis of the scores earned by playing daily exercises on Android.  The app even displays the graphical presentation of the improvement level on daily basis.

Some Key Features Of This Android Brain Storming Game:

How To Play Brain Genius Deluxe Game On Android:

Login to Google Play Store and then search for “Brain Genius Deluxe” game in Market. You can even scan the QR Code below with Barcode Scanner app to install the app directly on your Android phone. Tap on install button. 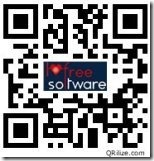 Brain Genius Deluxe game is very nice Android puzzle game to play on Android. Just brush up your brains and make your brains work like a computer by solving exercises instantly on your Android phone.