This tutorial is all about how to get NASA Image of the Day in Slack. After going through the steps explained in this tutorial, you will be able to easily post the Image of the Day by NASA in any of your Slack channels. For this, I will use “IFTTT” which is a free web service that allows you to perform various automated tasks like you can backup Pinterest Pins to Google Drive, or post new Instagram photos to Pinterest, and so on. Actually, IFTTT lets you create a connection between two different services where one service works as a trigger and the other as an action which they call applets. 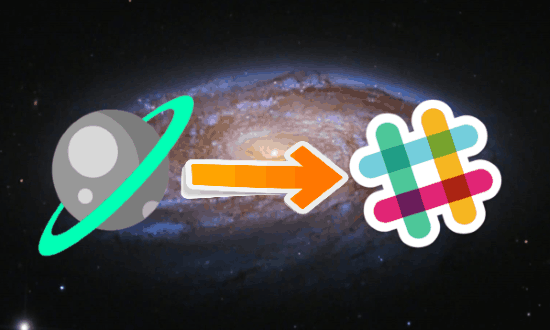 So, if you’re looking for a simple way to share some amazing images by NASA with your Slack team, then simply follow the steps explained below.

How to Get NASA Image of the Day in Slack:

Step 1: First, open up the IFTTT homepage on your browser and then sign in if you already have an account or sign up for free. After that, click on the “My Applets” button at the top of the screen and then you need to hit the “New Applet” button to create your own applet. In the “Applet Maker”, you will see two different buttons named, “This” and “That” using which you can set an action in response to a trigger. 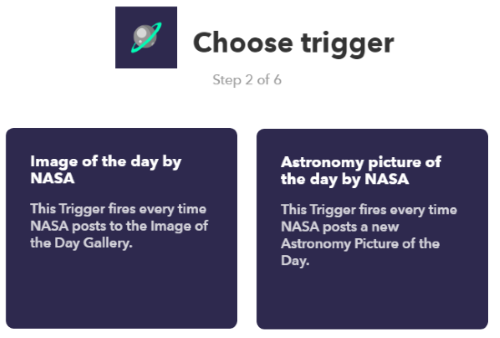 Step 3: When you’ve selected the trigger, it will ask you to choose an action service. So, simply search for “Slack” and then authorize IFTTT to access information from your Slack account. Then you need to choose the action as “Post to Channel” under the service “Slack”. 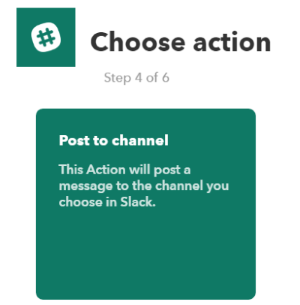 Step 4: After that, it will ask you to customize the message which will include the Image of the Day or Astronomy Picture of the Day by NASA and choose a channel where you would like to get it. 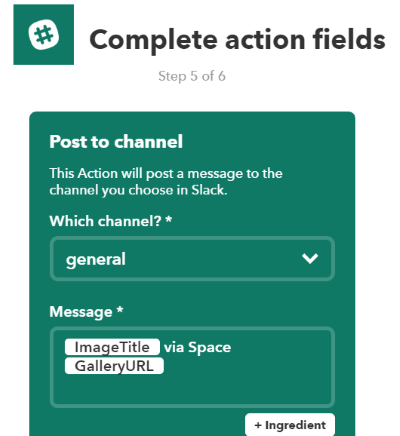 Step 5: As soon as you do that, save the applet and turn it to “ON”. Now, every day when NASA will post the Image of the Day or Astronomy Picture of the Day (whichever you have selected as a trigger), you will automatically get it in your Slack channel which you have assigned while creating the applet along with the description and source link. 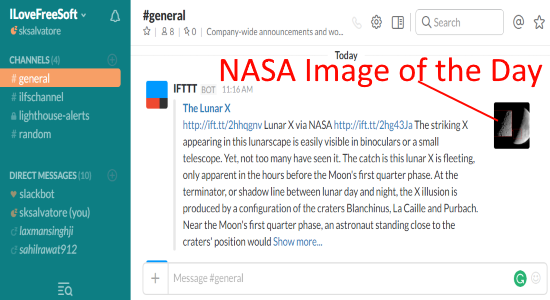 You might be thinking why would you want to get the NASA Image of the Day and NASA Astronomy Picture of the Day in your Slack channel. Well, this tutorial is for those people who love astronomy and would like to share some of the amazing images by NASA with their teammates on Slack.

I hope you find this tutorial interesting.