Google Play Store has multiple apps that allows you to share Android internet connection with PC. We will discuss about popular apps which include Easy Tether Lite app, Beetmobile app, PdaNet app, and much more. Install any one of them and enjoy internet surfing on your Android as well as on your PC. 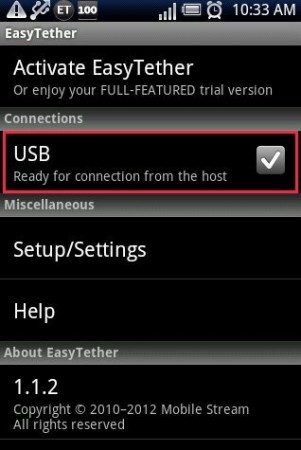 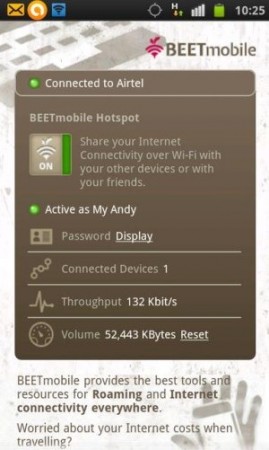 You just have to install the app on your Android phone, launch the app, set the username and password, and then tap on switch off/on button to activate Wi-Fi hotspot. Now, scan the network connection on your desktop or laptop or on your smart device to get connected with your Android’s internet network. Earlier we had post the full review on BEETmobile app for Android. 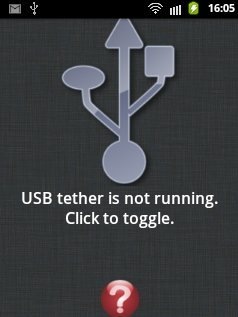 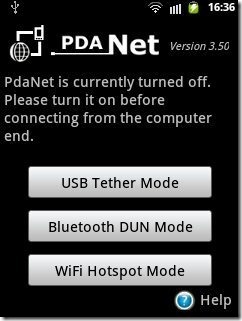 You just have to install an app on your Android and Windows client on your Windows PC. Now, launch the app and tap on USB mode to start the application. Head to the system tray on your Windows PC and then right click on PdaNet icon. Select “connect to internet” and your Android phone will be automatically connected to your PC. You can then share your Android’s internet connection with your PC.

PdaNet is one of the simplest application to install on Android and on your Windows PC to share internet connection from Android to PC. I tried connecting the internet through a USB cable and it worked like a charm. You can test the Bluetooth connection of PdaNet app. 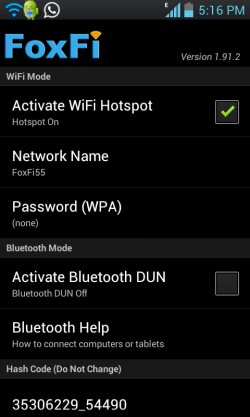 If you find any other app to share Android internet connection with PC, then do let us know in  comments below.