Tracing ABC is a free Android app for kids to make them learn how to write. The app includes tutorial to learn ABC letters which include capital letters and lower case letters. On top of it the app also include practicing full words, learn numbers, and learn to create shapes.

The app provides a nice tutorial with each and every step to practice letters and learn them by heart. The app interface is designed in such a way that your kid can easily understand and access it on Android. Moreover the app is given in the form of game to play on Android. To get started with, just select the difficulty level, select the type of the game which includes capital letters, lower case letters, practice full words, numbers, and shapes. 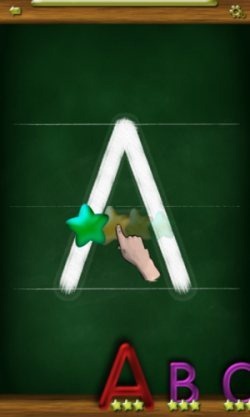 Why You Need Tracing ABC App?

Tracing ABC is an app to make your kids learn alphabets, numbers, and shapes on your Android. If you have a kid whom you want to teach letters, numbers, and shapes; then this is one of the best tutorial app in Google Play Store. The app provides tutorial in a very simple way on Android. The app is in the form of a game. If your kid is really crazy about playing games (which most of the kids are), then make them play this Tracing ABC game so that they can learn by playing ABC game on Android. Moreover, the good thing about the app is its kids age distribution. All the games in the app are according to the age of the kids. You need to select the age group under which you kids belong and start playing the game accordingly.

Click here to download and install Tracing ABC game app from Google Play Store. Also, you can scan the QR Code image below. 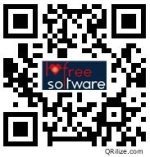 Tracing ABC to learn ABC, number, and shapes is truly a great app to deal with. Now, you can save paper and save few bucks on buying notebook for your kids to make them learn alphabets, numbers, words, and shapes. All this is can be done now on Android.

You can check out other kids apps which include Kids ABC Phonics and Kids numbers & math app for Android reviewed by us.