You just have to install the app, press the app launcher or home button and then select Rabbit Launcher app. The launcher just changes all your app launcher icons and changes the app transition style on your Android. You can easily download multiple free Rabbit Launcher themes from Rabbit store and apply them. The icon style changes as per the theme applied. On top of it, the app even allows you to hide desk icons on your Android and make your Android background visible in full-screen mode. 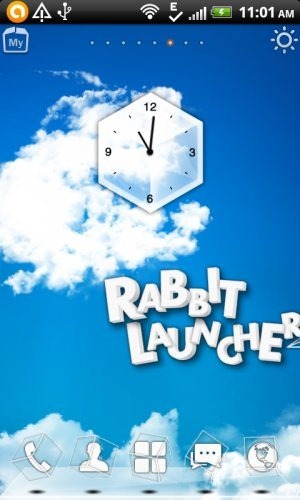 Rabbit Launcher app works good on high-end Android phones with a good processor speed. I first downloaded and tested the Android launcher app on my Samsung Galaxy Fit phone. The response of the app was not that good. It was working like an elephant on ant. The launcher was looking as we are forcefully running the app. Then I downloaded and tested the app on my HTC Desire HD and the launcher worked like a charm. I really liked the watch provided by the launcher on Android screen. The working watch looks truly nice on Android home screen.

Features Of Rabbit Launcher For Android:

You can download and install Rabbit Launcher app from here. You can also scan the QR Code below. 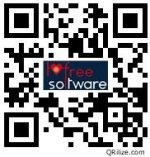 You can also check out other launcher apps for Android.