In this article, I will introduce you to 5 free Android Nougat themes. These Nougat launchers bring most of the Nougat styled animations, icons, and other features right on your old Android version. Some examples of incoming Nougat UI features that you will get in most of these launchers are: swipe up on the main home screen to bring forth the app drawer, left swipe to open Google Now screen, a search box in the app drawer, and other minor and major UI elements. Do note that these launchers don’t perfectly copy the Nougat interface and some of them miss quite a few Nougat UI features that I just mentioned. So, based on your requirement you can choose the perfect one for you from below. 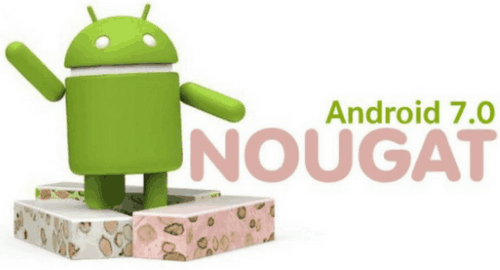 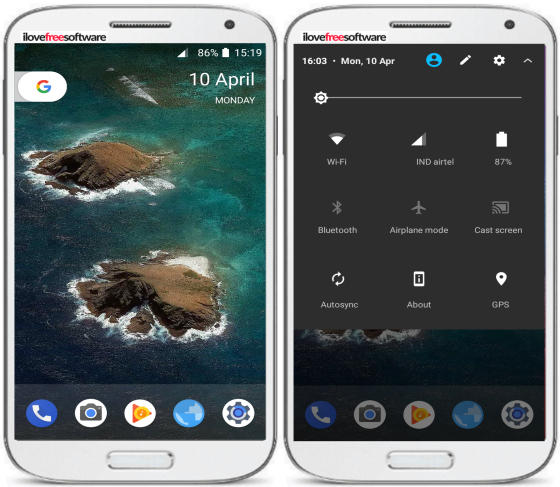 Nougat UI for Android Beta is indeed one of the best Nougat launchers that you can find in PlayStore. The reason for that is it completely revamps your old Android interface to look like Nougat’s interface, including the Settings, status bar, and Notification Area, as shown in the screenshot above. However, some of the options in the phone Settings screen will not work for newer versions of Android, starting from 5.0.

A left swipe on the main screen will give you access to all of the installed apps. However, the layout of App drawer is not quite the same as the original one and the option to do a quick search is also missing. 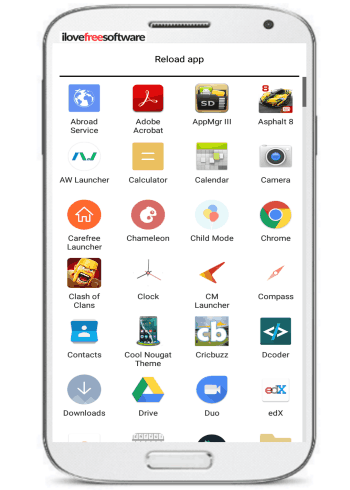 The homescreen looks quite beautiful and its Status bar and Notification area will give you an essence of Nougat on your device. The Status bar comes preloaded with quick action buttons to toggle WiFi, Airplane mode, Bluetooth, etc and even turn on and off auto sync of your device. As I said, based on your current Android version, some features in Settings options will not work. Like I am on Marshmallow and I couldn’t adjust screen brightness of my device through its Display >> BRIGHTNESS LEVEL option. Other than that I am quite impressed by this launcher for Nougat and I used it to play a prank on one of my friends and convinced him that my phone is updated to Nougat. So, you can imagine how cool it is, do give it a shot. 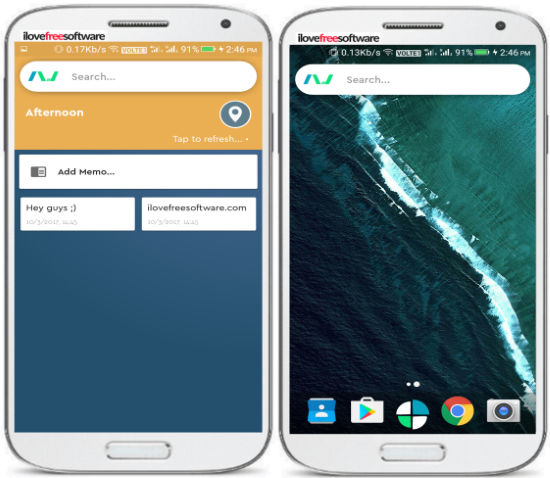 AW Launcher is another free Nougat launcher for Android. First of all, I would like to tell you what UI elements similar to Nougat you will get in this launcher: an app drawer with a quick search bar and a personalized additional homescreen like Google Now screen in Nougat. Just a gentle left swipe on the main home screen will give you access to the second personalized homescreen, as shown in the screenshot above. This is not what you get in Nougat but you can add memos, notes, and see current weather info on it (based on location). However, in Nougat, this homescreen is totally different and you can access personalized Google Cards on it. You can see the app drawer of this Nougat theme in the screenshot below. The only thing missing here is that apps are not perfectly laid out as in the original Nougat but you do get a search bar to quickly access apps. 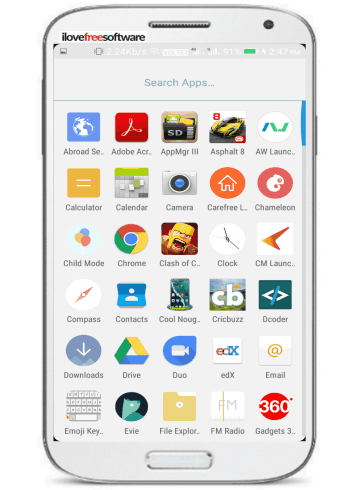 Unlike the previous Nougat launcher, it doesn’t have its own Nougat-style status bar and notification area. I will recommend this one as it comes with a Nougat-like extra home screen, icons (not all), and a search bar in the app drawer. There is a universal search bar too which can search a query on Google and shows the result. 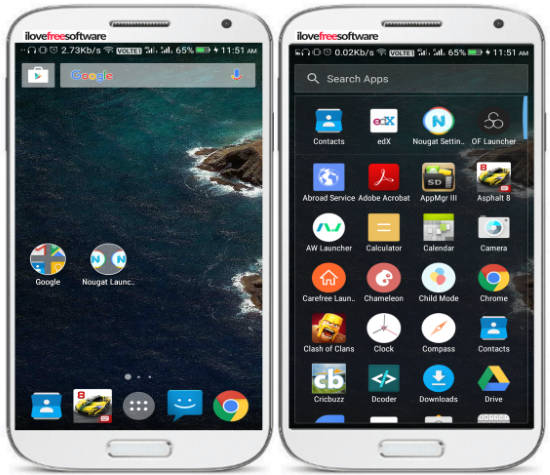 Nougat Launcher is a free Nougat theme that perfectly copies most of the original Nougat-style and animations and brings them to your phone. A swipe up on the main screen will open the app drawer just like in Nougat. The app drawer also looks quite similar to the Nougat one as you get an A-Z fast scroller and a search box at the top. You can also enable the Google Now swipe option in the launcher settings to access Google Now screen, just as you would do in Nougat i.e. left swipe on the main screen. This makes it a better option over other launchers as this feature is found missing in all of them. 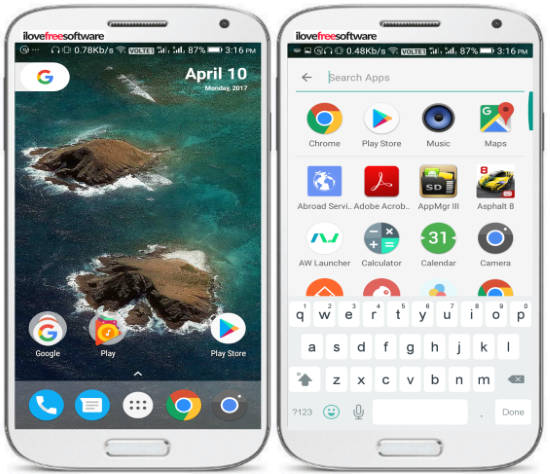 N Launcher is another free Nougat theme for your Android to make it look like Nougat one. The only thing missing in this launcher is that you don’t get the extra homescreen just like Google Now screen in Nougat, or as in the previous launcher on my list. Except this, it is quite perfect and brings most Nougat-style animations and icon packs along with it. The app drawer has a search bar on the top and you can have A-Z fast scroll bar just like in Nougat. In addition to this, you also get access to Google Search button on the home screen of the launcher. It incorporates some elements of Pixel Launcher as well, like, swipe up to bring the app drawer. Do check it out as it is free from bugs and works quite smoothly as compared to Nougat UI for Android Beta and is more polished than AW Launcher but it does lack a personalized home screen. 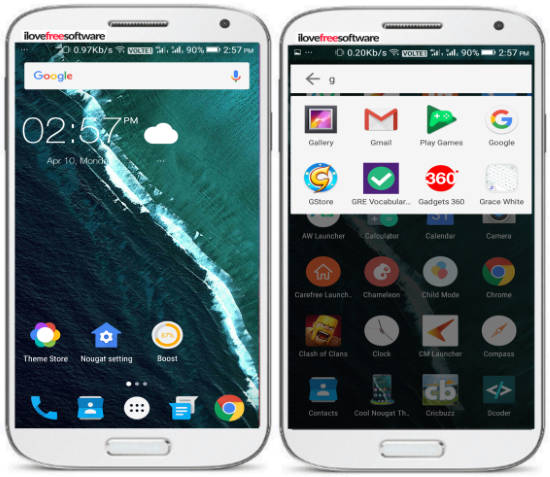 Nougat Launcher is the last Nougat theme for your older Android and makes it look like Nougat interface, as shown in the screenshot above. It shares most of the characteristics from the previous Nougat launcher on my list. The only missing element is the Google Search button on the home screen. You can’t also open the app drawer by swiping up on the main home screen; you need to tap on the app drawer icon to access it. But its app drawer makes up for these small shortcomings in the launcher as it perfectly inherits the Nougat style. You can see the recent app on the top and use the A-Z fast scroll bar to quickly access apps.

In this article, I told you about 5 free Android Nougat themes which allow you to have a Nougat-like interface on your phone. My favorite ones from the list are Nougat UI for Android Beta and Nougat launcher by Ismail Akkulak.