Here is a list of 5 free Android launchers to auto-categorize apps. Android is a platform which is full of millions of apps on the Play Store and many of us end up installing more than hundreds of apps on your Android device(s). Although there’s no harm in installing so many apps, but the annoyance starts when you have to search for the app when you want to use it. You have to either go through a lot of swiping on your device’s app drawer or you need to browse through the alphabetical order to make the searching process a little quick. Yeah, there is also another way of typing the name of the app in the search bar, but you’re still doing the hard work, right??

So, I will tell you about 5 free Android launchers which will auto-categorize all of your apps on the basis of their purpose like Social, Productivity, Games, Finance, Media, etc.. It means you will able to find the desired apps easily by simply going to its purpose. 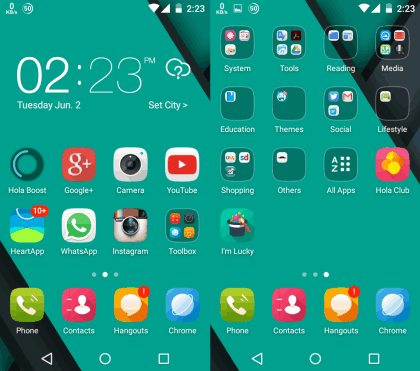 Hola Launcher is the first Android launcher which auto-categorizes all the apps for you. You only need to install the Hola Launcher and set it as your default launcher. Just after setting it as the default, you will find all your apps being categorized as per the purpose they serve. Some of the categories are System, Tools, Reading, Media, Education, Social, etc.. You can then easily add and remove apps from the categories as per your choice.

To use any app, you need to tap on the category and all the app icons will be shown to you in enlarged form. The launcher also lets you disable auto-categorization of the apps if you want to stop using the feature. 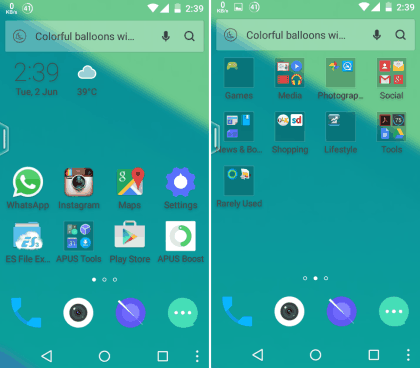 APUS Launcher is the next one in the line. Just after installing and enabling the launcher, you will see the categories of the apps depending upon their use. You will find categories like Games, Media, Photography, News, Lifestyle, etc.. One offbeat category is Rarely Used. As the name suggests, this category includes those apps which you rarely use. It means you can check the apps which are taking up space and you don’t even use them. Eventually, It helps you in figuring out those apps so that you can uninstall them. 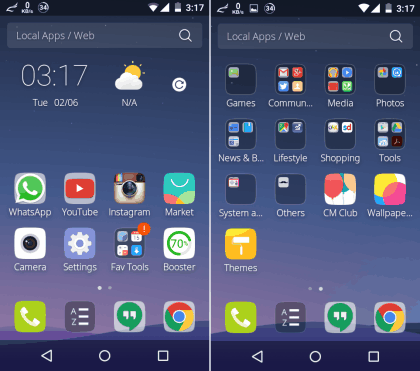 CM Launcher is another Android launcher and it comes from the developers of most popular cache cleaner app on Android Clean Master. The steps to follow this launcher are also same. You have to install and set it as the default launcher for your phone. Once it is done, you will see the categories of apps like Games, Communication, Lifestyle, Tools, System Apps, etc.. For each of the categories, you can choose to sort the apps either alphabetically or most used. The launcher also lets you rename the categories. 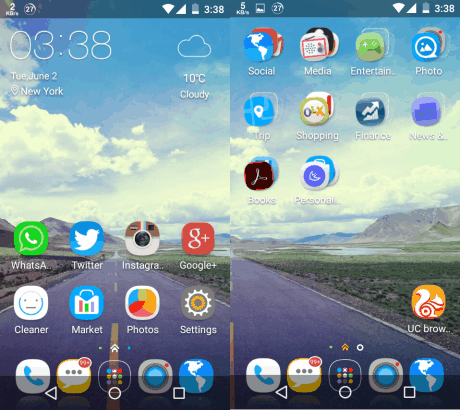 C Launcher also auto-categorizes all your Android apps just when you set it as your device’s default launcher. The launcher categorizes all the apps on the basis of the purpose and shows them in a view similar to that of Android Lollipop’s look. A few of them are Media, Entertainment, Photo, Trip, Shopping, etc.. The unique feature of the C Launcher is that it lets you set background wallpaper for each of the categories. You can choose either from the stock wallpapers or from the ones you’ve stored locally. 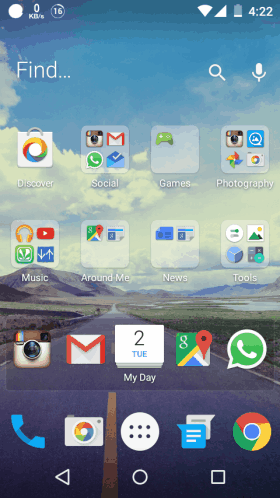 The last Android launcher in this list to auto-categorize apps is EverythingMe Launcher. Just when you will set it as your default launcher, you will see all your apps getting categorized automatically. Some of these are Social, Photography, Music, Around Me, News, Utilities, etc..

These are the 5 free Android launchers to auto-categorize apps. Now, stop searching and arranging for your favorite apps. Simply install any of the launchers and start using the apps.

You may also like: 5 Free iOS 8 Launcher Apps for Android.