Here’s a list of 4 Gmail notifier addons for Mozilla Firefox which you can use to always be in the loop when someone sends you an email to your Gmail account. Gmail is probably the most popular email provider out there and Firefox isn’t that far behind in the web browser department so a list of Gmail notifier addons makes a lot of sense.

Lets see what we notifier addons we were able to find for your Firefox browsers. 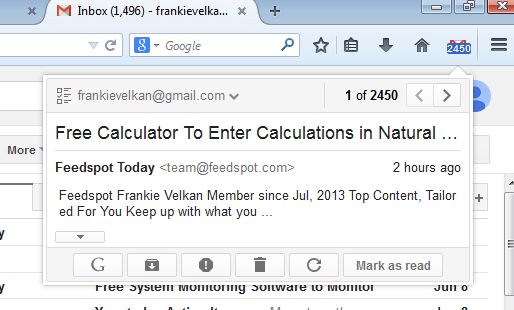 Gmail Notifier is a Gmail notifier addon for Firefox which gives you the ability not only to be notified about new messages, but also to read them from within the addon itself, without the need to open up Gmail in a new tab.

Like you can see from the screenshot above, the only thing that you won’t be able to do is write a reply. To do that you will have to open up inbox in a new tab. There’s a shortcut for that. Addon icon in the top right corner will have a pop-up that tells you how many new unread messages there are. Other email functions available from within Gmail Notifier are message archiving, spam reporter, message delete, mark message as read and check for new messages of course. 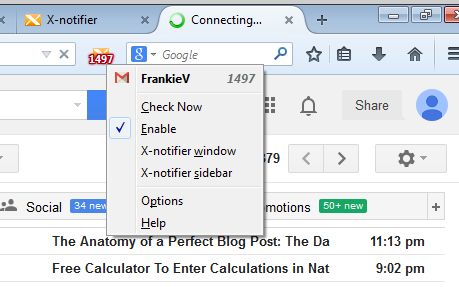 Once an email is setup the same notifier icon is showed in the addon toolbar. Clicking on the icon leads you to the inbox. Each email account that you setup gets its own icon. Setup is done by opening up options from the extensions “Options” menu. 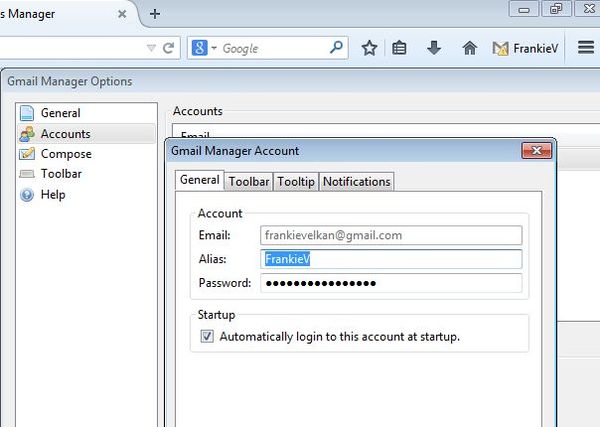 Gmail Manager is X-notifier, but only for Gmail. What do I mean by that. It’s a Gmail notifier addon with special focus on managing multiple Gmail accounts.

Even though Gmail Notifier, the first one from the list also supports multiple account, here you get advanced settings menu where you can more easily setup and manage account that you add. Each account gets it’s own toolbar icon with a pop-up that tells you the number of newly arrived emails.

X-notifier lite is the simplified version of X-notifier where only Gmail, Hotmail and Yahoo are supported.

All the other email providers have been scraped that way leaving you with much less clutter if you’re only interested in setting up one of the three supported emails, which we are. Everything else is the same to it’s bigger brother. You get a toolbar icon with a number of received emails as a notification pop-up.

Gmail Notifier, the first one from the list is the best one out of the 4 from the list, if you ask us. We like Gmail Notifier only because it lets you read emails right from the extension pop-up that shows up after clicking on the toolbar icon. Other extensions are great each in their own way. X-notifier supports other emails for example, which is useful for everyone that also has Hotmail or Yahoo email accounts, which is pretty much all of us. Don’t agree with our picks? Leave comments down below.