Here’s a list of 5 best VPN software for Windows 10 which you can use to hide your identity and protect your privacy online when browsing the web. VPN stands for virtual private network and is basically an upgrade over proxies because on average they offer greater stability and improved browsing speeds. Options for setting up a VPN exist in Windows, but the applications that I tested here today will help automate the setup, make it easy to switch VPN on/off, and in some cases they also provides a free VPN service to go alongside software. 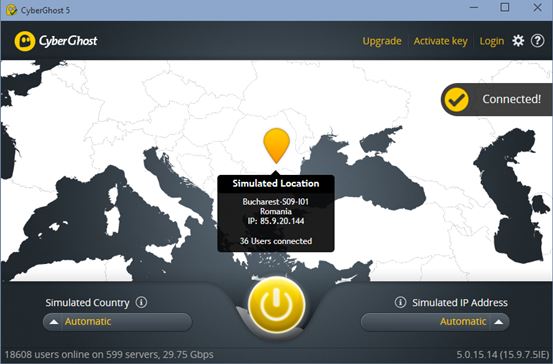 CyberGhost VPN is a VPN software for Windows 10 which also provides VPN servers that you can connect to. It’s a free service so expect to see limitations like waiting queues when connecting, inability to choose which country the IP address you’ll be using is going to be based in, and of course slightly slower browsing speeds.

Despite all those downsides, this VPN software worked great on Windows 10. Setup was easy, I just needed to left click on the ON button that’s available in the middle of the screen, wait a minute or two and I was connected. When you minimize the control panel it’s placed into the system tray. Upgrading to a paid account removes previously mentioned limitations. 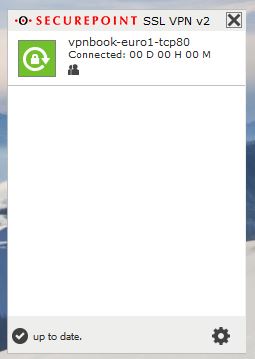 OpenVPN Client Windows functions only as VPN software, a VPN client, one that works just fine with Windows 10. It’s not tied to any online service, it just makes setting up VPN connections that use the OpenVPN protocol easier than they would normally be.

Since this is just a client, you will need to use a third party VPN service like VPNBook for the application to actually work. Just download VPN configuration files from VPNBook, load them into the application by opening up its settings and OpenVPN Client Windows will do the rest. Left click on the connect button in the connection manager for the connection to become active, see image above.

Also, have a look at CyberGhost: Free VPN Service For Windows. 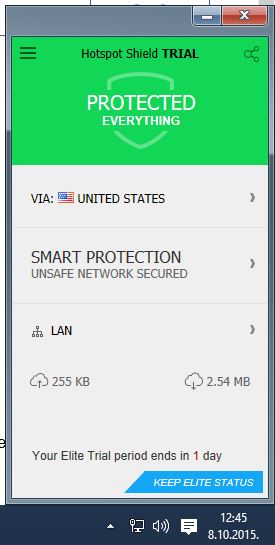 Hotspot Shield VPN is another VPN software that comes with its own network of servers that people can use to change their IP, protect their identity online and access blocked websites.

It’s very simple, just like CyberGhost. Flip the on/off switch when you need the connection and let it sit in the system tray. The free service is of course limited in functionality, but if you only need a VPN is to access blocked websites and for some light browsing, then this is the thing for you. 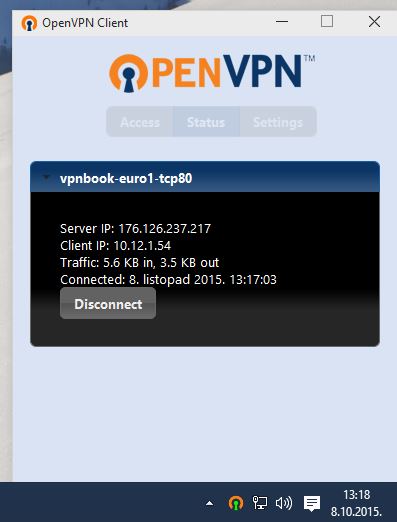 OpenVPN Desktop Client Setup is another VPN software makes it easy for you to connect to VPN servers that use the OpenVPN protocol. Setting up a VPN connection is as easy as downloading the appropriate configuration files from your VPN provider (VPNBook for example), importing them and clicking on the “Connect” button.

As long as the system tray icon glows green like it does on the image down VPN protection is active.

Also, have a look at Free VPN Service with Servers in US, UK, Switzerland, Canada. 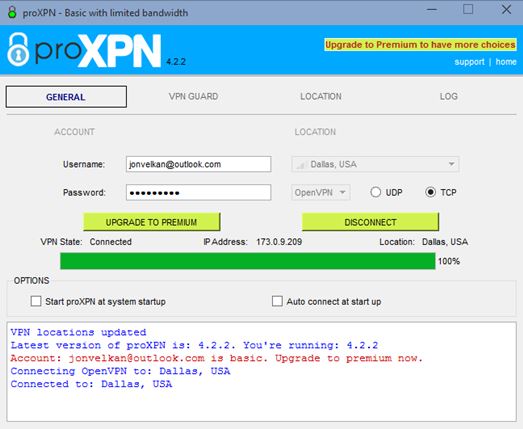 To use proXPN you will need to register an account with the proXPN website. Once you’ve done that you’ll be able to login into their desktop client.

VPN software offered by proXPN is very simple and to the point. Just click connect and you’ll be connected to the US based server. Speeds are throttled at 300KBps in the free accounts, but this should be more than enough for some light browsing and for accessing censored content.

All 5 VPN software mentioned above are great, especially when consider their price tags. You won’t get the best download speeds, but it’s something when you need a secure connection to the internet. I like OpenVPN Desktop Client because it makes it real easy to connect to VPN servers which are running OpenVPN protocol. Hotspot Shield VPN is also worth checking out. Let me know which VPN software you use by leaving a comment down below.