In addition, this Android math workout game offers multiple player mode to play with multiple players. the game comes up with 6 available slots. All the scores are stored according to the player performance. You can easily compare your performance with other players.

The best part of this Android math workout game is its speed, and brain cruncher part. The game speed is too good on Android. Apart from this, the best exercise among the multiple math exercises is its brain crunching exercise, the perfect way to check your calculation. You can even select the difficulty level on your Android to play math workout accordingly.

As I already specified that this Android math workout game is very simple and easy to play on Android. Just launch the game and follow the further instructions.

You can also check out Math Mission game for iPad reviewed by us. 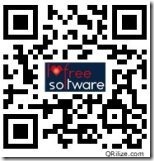 Brush up your brain daily with this brain storming Android math game. Speed up your math calculation and easily do the calculation even if you don’t have a calculator. Sharpen your brain by playing game on your Android phone.

If you find any other brain storming game like this, then please let us know in comments.