As soon as you launch the app, select the shows which you want to watch and the app will let you play the same on official YouTube app installed on your Android. In short, this Android Tom and Jerry tube app is basically search engine for Tom and Jerry shows on YouTube.. It is a just an easy way of browsing the cartoon videos on YouTube and then watch them on your Android. 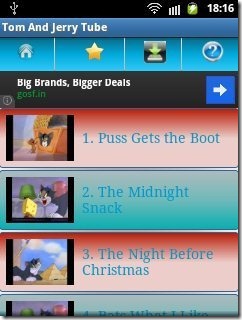 This Android Tom & Jerry app is a simple and easy to use app which lets you browse tom and jerry cartoon videos from the bundle of videos available. The app includes an option to add to search. I tested the app, but sadly I did not understand the purpose of this add to search option. To do this, just long press on any video available and then tap on “add to search” option. You can try the same and check out the same.

Check out popular Talking Tom Cat app for Android reviewed by us.

Why you need to install this Android Tom and Jerry app?

Granted, that this Android app does nothing more than searches for Tom and Jerry shows on Android. However, the fact that it has already done bulk of the searching for you makes this one of the must have apps for Tom and Jerry fans.

Features Of This Android Tom And Jerry Tube App:

You can check out the post by us on Talking Parrot app for Android.

Tom & Jerry Tube app can be downloaded and install from Google Play Store. You can also scan the QR Code below and get the download link of the app. 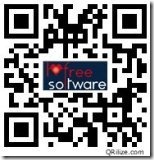 Tom & Jerry Tube app is for those who are really crazy about watching the cartoon videos specially the kids. Just launch this Android app and handover the Android phone to your kids to make them watch Tom and Jerry cartoon on Android.