Oh the good ol’ days!! When underground and emerging artists used to create their music on magnetic cassettes, or “mix tapes”, as they were popularly known as. Then came the digital revolution. Cassettes changed into audio discs, MP3 discs and music was never the same again. The audio cassettes, that used to hold 10-20 songs at max, were replaced by MP3 discs. And walkmans were replaced by iPods. 10-20 songs changed into entire music libraries spanning thousands of tracks. Gotta love technology!!

But with it comes an often seen problem. Whenever shopping for a particular media player, a buyer keeps on thinking, will this thing support my iTunes Music? or the free legal P2P downloads I have? Most of the times, these moderns PMP’s (Portable Media Players) support all kinds of formats. But what if they don’t’? Not to worry fellas!! Read On!! 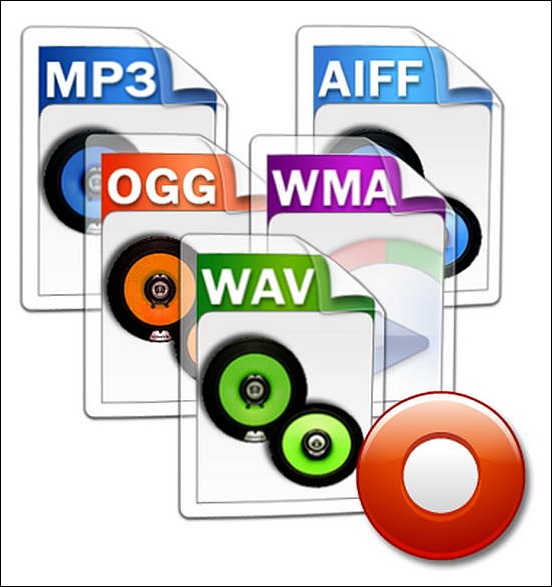 STEP 1: Upon installation, launch the program. You’re greeted with a simplistic and straightforward UI. 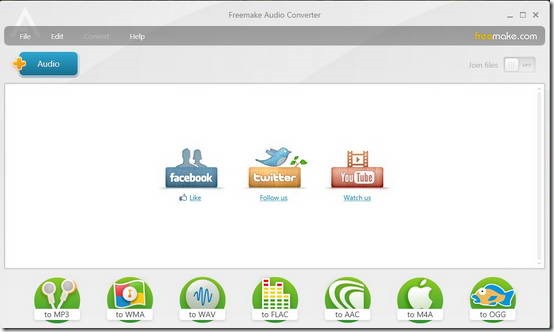 STEP 2: Click on the Big Blue “Audio” button. Navigate to the source audio file(s) that you want to convert to a specific format, and add them. 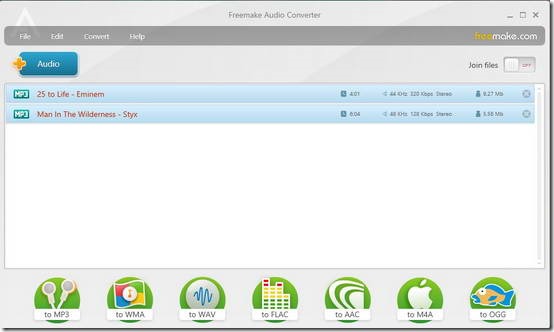 Specify the Directory where you want to save the output file, in the “SAVE TO” field. 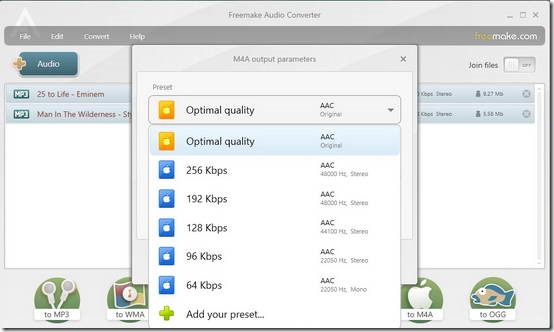 STEP 4: That’s it. After specifying all the parameters, hit the big blue “CONVERT” button. And watch Freemake Audio Converter work its magic as the progress bar fills to 100% 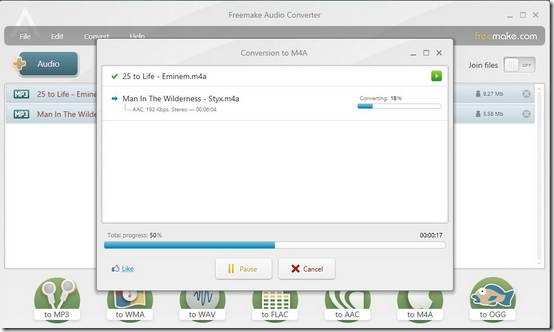 Congratulations!! You’ve just converted one audio format to another. Now throw that thing in your PMP, and we’ll see who says “Unsupported Format” now!! Wasn’t that hard now, was it??

With the digital revolution having proliferated all aspects of media, it’s no wonder so many audio formats have come up. Why there’s such a variation in the audio (or any other kind of file, for that matter!!) formats, is a topic for another article. But as long as nifty applications like “Freemake Audio Converter” exist, cross conversion of unsupported formats won’t be a problem!!

What do you guys think about applications like these? Do you use any such applications? Do let me know your thoughts in the comments section below.