Here’s a list of 5 ringtone maker software for Windows 10 which you can use to cut audio tracks and after that use them as ringtones on you mobile devices. A ringtone maker is basically an audio editor that’s slimmed down, with fewer options, so that it isn’t overly complicated to figure out. This type of software will let you open up favorite songs and in just a few clicks make a ringtone out of them. 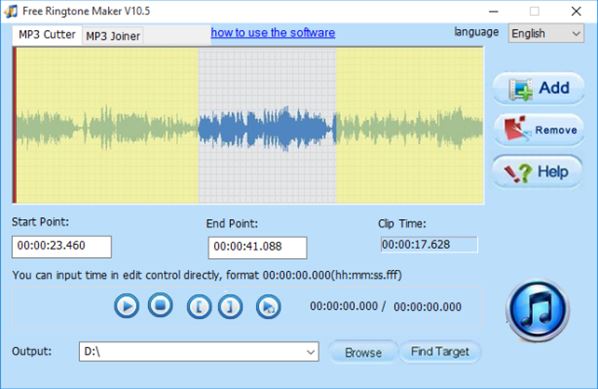 Free Ringtone Maker is a simplistic ringtone maker software for Windows 10 where MP3 files can be loaded and after that easily cut to turn them into mobile ringtones.

Start and end points for the ringtone are set using the control buttons at the bottom of the interface. Section of the track that’s selected for the ringtone can be previewed before the final cut. Ringtone is exported as an MP3. Be careful during install, because the installer tries to sneak browser toolbars past you. 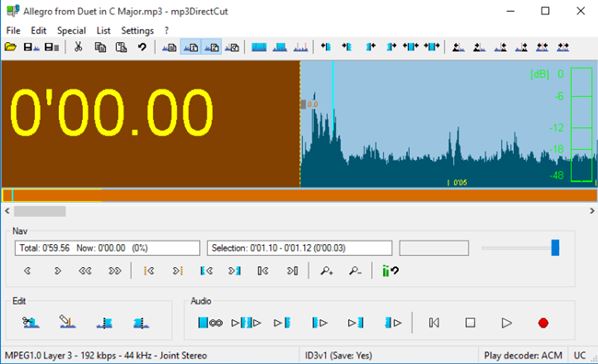 mp3DirectCut isn’t as simple as Free Ringtone Maker, which can be seen on the screenshot above. Here a couple more advanced tools for manipulating the audio track are available.

Sections of the audio track can be moved along the timeline, mashed together, cut, trimmed, volume adjusted and more. Next to MP3, AAC, CUE, MPA, MP2, and MUS are also supported.

Also, have a look at Create MP3 Ringtones With Free Ringtone Maker Software. 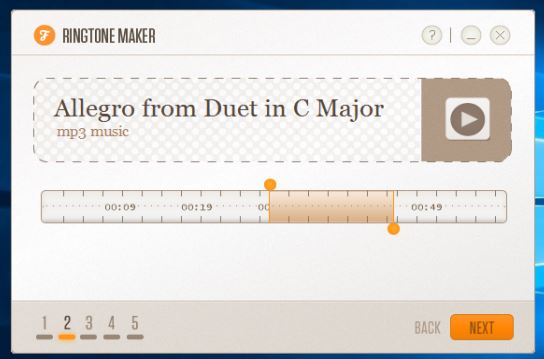 Ringtone Maker is the simplest ringtone maker software that I was able to find. To create a ringtone you just need to go through a 5 step setup wizard, the most difficult step of which can be seen on the image above.

Ringtone start and end points are easily set using the mouse. Selections of 30 seconds max can be made. Ringtone Maker has export presets for iPhone, Blackberry, Android and Windows Phone. 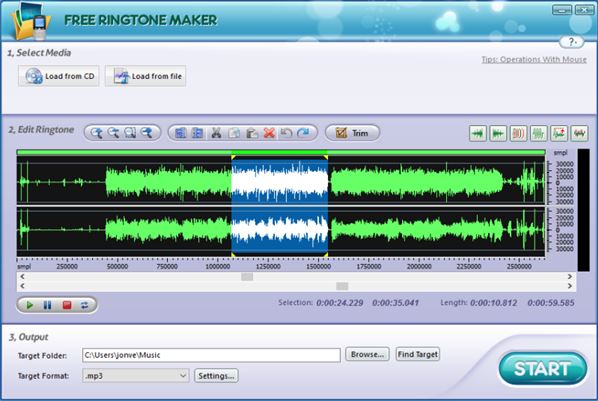 Free Ringtone Maker by FRM is a ringtone maker that has a nice mix of features and format support. All the more popular audio track formats are supported, MP3, WMA, OGG, AAC and even audio CDs can be opened up directly in the application.

Play the audio track to find the ringtone worthy section of it and them make a selection with the mouse. Press the “Play” button hear a preview. If everything’s in order hit the “Trim” button from the top toolbar to remove everything except the selection, meaning the ringtone. Free Ringtone Maker by FRM is similar to mp3DirectCut, only it’s more polished up.

Get Free Ringtone Maker by FRM. 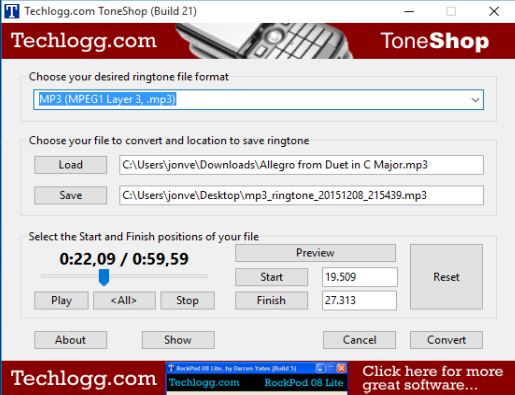 ToneShop doesn’t have a waveform editor for making start and end point selections. Here the selection is made using a slider in the bottom left corner.

Supported formats include MP3, Wav, AAC, AMR, Yamaha, and more. Once hat everything is setup, click on the “Convert” button will create the ringtone that you’ll then need to transfer to your device if you want to use it, obviously.