Here’s a list of 5 lock screen apps for Android which you can use to customize the lock screen on your Android smartphone or tablet. One of the many great things about Android is that it’s very customizable. Today we’re gonna be focusing on the lock screen, and how to make it even more cool than the default lock screen that comes with Android.

So lets go ahead and have a look at the Android apps we found for you. All these apps are free and can be downloaded from the Google Play store. 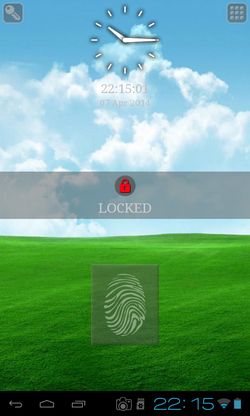 If you wanted to have a fingerprint scanner for your lock screen, then you can have it with this very unimaginatively named app. 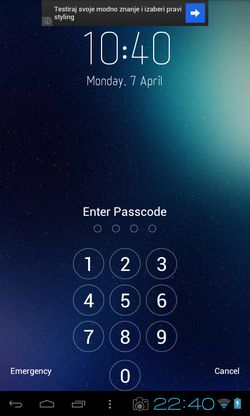 Default password for unlocking the screen is 2323, but you can change it of course later on using the app settings. There’s two steps to unlock the screen, first a slide to unlock the keypad and then you need to type in the previously mentioned pin number. 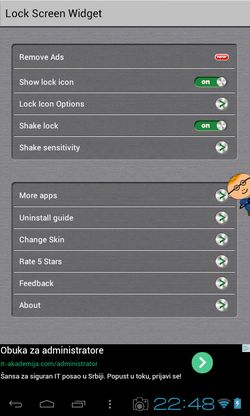 Unlock screen is pretty basic when it comes to unlocking the screen, however if you want to lock the screen with Lock Screen, you can do it by shaking the device. Unlock screen can be customized using the settings menu.

Get Lock Screen by Lovekara. 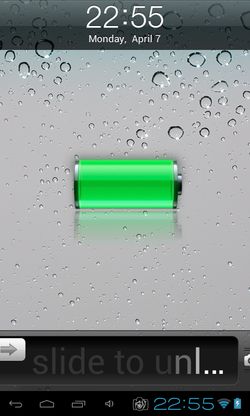 You can see it in action on the image above. Everything is copied to the letter. Background image showed on the unlock screen can be changed. App is optimized for HD screens, so you shouldn’t have problems using it even on larger screens. In the middle of the screen there’s a batter indicator, just like on iOS. 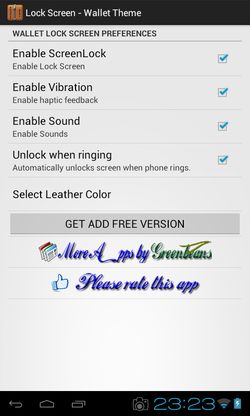 Lock Screen – Wallet Theme changes the lock screen into one giant zipper, like the one that we can find on jackets or wallets.

There are several different zipper themes that you can choose. Other options include vibration, sound effect when locking or unlocking the screen and automatic ringer unlock which unlocks the screen automatically when the phone is ringing.

All the screen lock apps from the list above look different and they work differently from each other, so it’s not easy to choose a winner. What we can do is give a few suggestions about which app you should try first. Fingerprint Screen Lock is definitely one that you should try first. Although Love Screen by Lovekara and it’s shake to lock effect are also quite interesting. Try them all and let us know which one you think is best in the comments down below.