Here’s a list of 4 free 3d gallery apps for Android which replace your default gallery app with a more cool one that has a 3D effect applied to it. Every Android phone comes with a gallery app. Some are better, while others aren’t as attractive and if you’re looking for an alternative the following list of apps is just the thing you need. We searched and found some great 3D gallery apps for you to use. 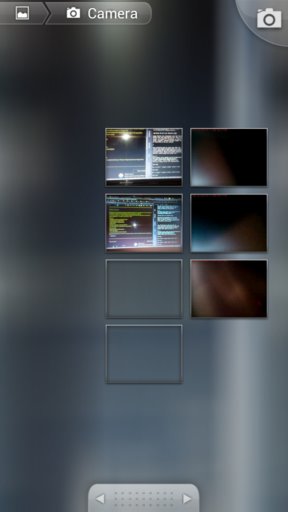 Customizable Gallery 3D is a very small 3D gallery packed with lots of useful features. Size of the app is around half a megabyte, which is surprising considering the number of features that you get.

Image thumbnails are showed in a 3D image carousel, and you can customize how the gallery looks like (number of rows, columns, animation speeds, thumbnailing, etc.). Customizable Gallery 3D also allows you to control the visibility of albums, they can be hidden, meaning that there’s an improved privacy that’s available. 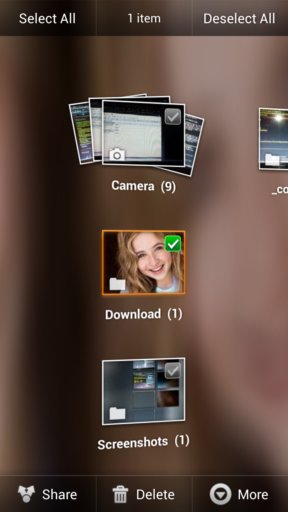 3D Gallery made by BulMedia is in a lot of ways similar to Customizable Gallery 3D, but it works a bit differently, and it has a couple of additional useful features.

Each album within your gallery will be showed as a 3D pile of image thumbnails. They can be processed in batch, cropped, rotated, metadata information edited, etc. New images can be easily created from within 3D Gallery because it gives a quick link to the camera app. 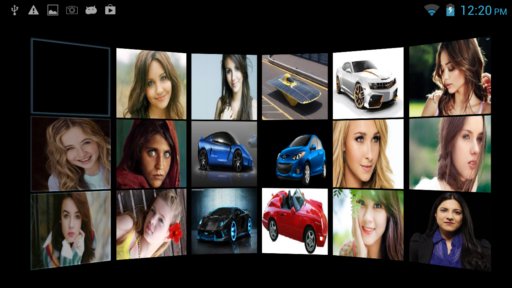 Gallery Wall 3D doesn’t have the kind of advanced features that the two previously mentioned gallery apps have, it’s just a gallery app that has one of the most stunning 3D gallery views out of all the apps that we tested.

You can see it in action on the image above. Apps works horizontally and this cannot be changed. When you tap on an image thumbnail from the 3D carousel you’ll see the image fullscreen and the usual “Share” button for sharing the image with other people. 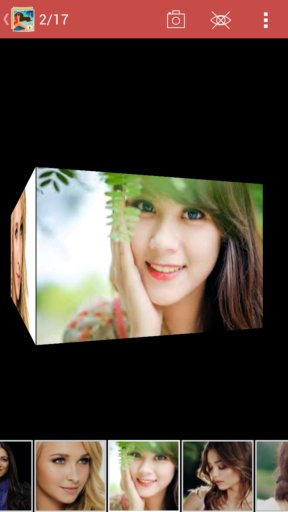 Being a 3D gallery isn’t the main feature of Gallery Plus. Its main functionality is the ability to have a hidden, password protected, gallery setup. This is a gallery hider app.

We decided to mention it despite that because Gallery Plus offers nice looking 3D effects, several of them when you browse through the images from your gallery. Note that both the “standard” gallery folder and the hidden gallery folder created by Gallery Plus can be accessed from within Gallery Plus. 3D effects can be setup by opening up settings.

Those looking for simplicity without the need for all the advanced features that we listed for the apps above, we decide to go with Gallery Wall 3D. We enjoyed that app ourselves so much so that this reviewer is tempted to use it himself. For everything else, if you need more features, use one of the other three 3D gallery apps that we mentioned. You can’t go wrong with either one.