RepaintMyImage is a free image converter which instead of converting image formats, converts photos to paintings and cartoons. Total of three types of photo transformations are available. Smudging, where painting looks like it’s made using the watercolor painting method, repaint, which gives out carbon pencil type of painting transformation and lastly cartoonize where the photo is converted to a cartoon.

Example of photo to drawing conversion made with RepaintMyImage can be seen on the screenshot below. Only the small preview box is actually transformed, so you can see before/after shot of the effect. Another thing you can see is the actual interface of this free photo to painting converter. 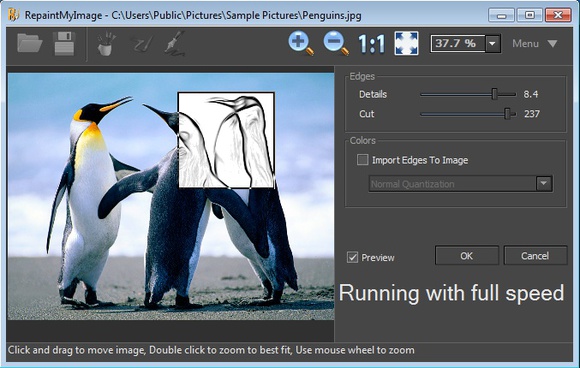 The three buttons next to open and save in the toolbar at the top are for switching between the three conversion methods that we mentioned. Right sidebar holds sliders for adjusting the amount of the painting effect that’s gonna be applied. Key features of RepaintMyImage – free photo to painting converter are:

Image quality is preserved, as is their size. Photos that you open up and decide to process with RepaintMyImage will only be changed by the effect that you’ve selected. Please note that larger images take more time to be processed fully. Here’s a few other pointers to help you get started.

How to convert photos and images to paintings with RepaintMyImage

Click on the folder icon to open up the photo that you’d like to see converted. It’s gonna open up on the left, underneath the main toolbar. 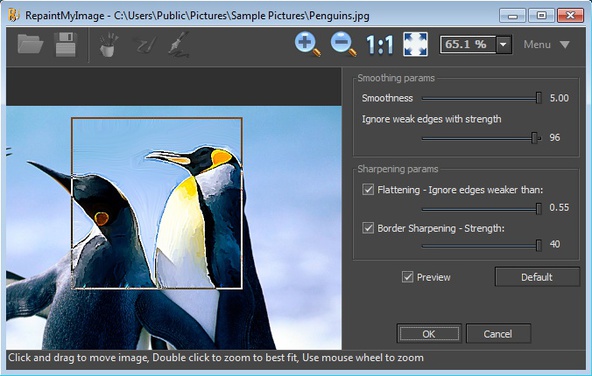 Once you have the image opened. Click on one of the three buttons from the top left corner to open up the desired photo to painting effect. Sliders from the right sidebar can be used to adjust the strength of the effect. Effect on the image above is the watercolor painting effect, which is made by smudging the photo. 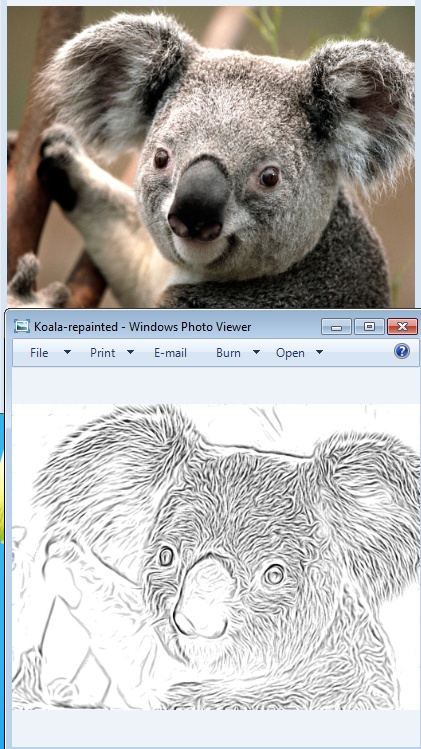 When you’re done tweaking the desired effect, click OK to transform the entire image, not just the preview box. Click Save and your image should now be saved as a painting. On the image above you can see a before after example. Hopefully we don’t have to say which is which.

This free photo to painting software is easy to use, which is a big plus, it also has a very decent amount of features offered. The only drawback that we found is that during image processing, the limitation of the the free version in the form of speed slow down will cost you more time spent waiting for the image to be drawn out. If you don’t need to convert a lot of photos, then this is the tool for you. Download RepaintMyImage for free and see how it goes.