Here’s a list of 5 wifi channel analyzer apps for Android which you can use to determine the best possible channel for your wireless network. Channel is basically a frequency band that your router uses for the wifi network. If you have a lot of neighbors with wifi routers and if a lot of your are using the same wifi channel, then performance of your wifi and that of your neighbors will suffer.

Following apps will help you determine which channels are least crowded so your can better optimize your wifi. 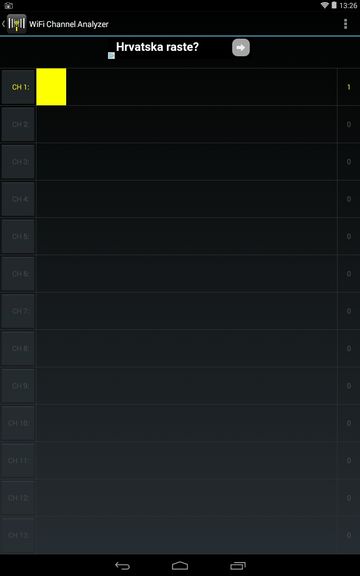 WiFi Channel Analyzer lets you scan channels of both 2.4Ghz and 5Ghz wifi spectrum’s to check which ones are the most crowded. 2.4Ghz wifi is the most widespread and the one I use so we’ll focus on that during these tests.

What you see on the image above is a list of 14 channels and 1 router, my router, detected on channel 1. 2.4Ghz spectrum has 14 channels altogether. Since I don’t have any wifi capable neighbors nearby, only my own router was detected. Tap on a channel to get more info about the devices present on that channel. 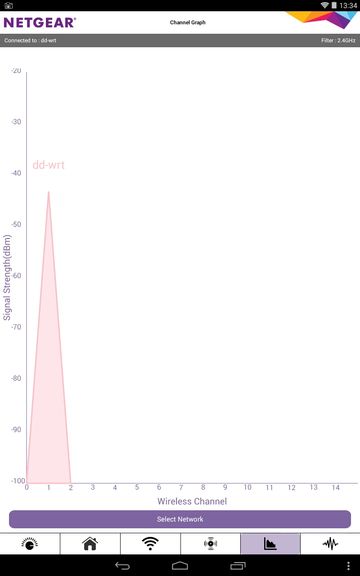 NETGEAR WiFi Analytics is an all around wifi testing tool where you can view signal strength, info about the wifi network and of course you can check channel usage for wifi networks around you.

Graphs are available to help you visualize channel usage. App will also give you recommendations on which channels you should be using, and which you should be avoiding because of overcrowding.

Also, have a look at 5 Walkie Talkie Apps For Android. 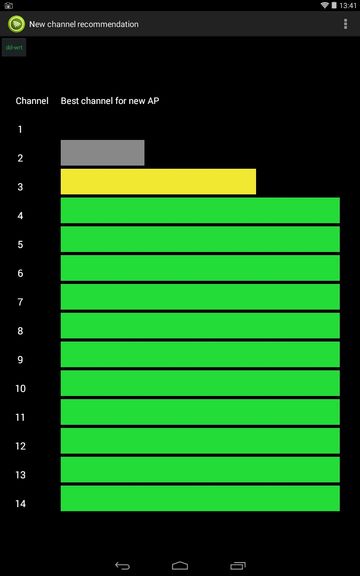 On the image above I have the new channel recommendation functionality opened. Channel 1 is the one that I’m using, so it’s not recommended at all. All the other channels are available and can be used. The more green a channel is the more it’s suitable for use.

Get Wifi Analyzer by Webprovider. 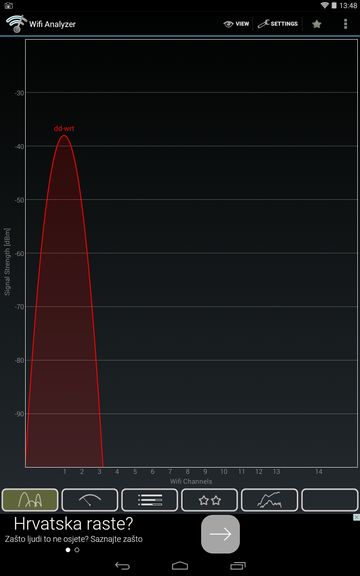 All the available functionalities can be accessed by switching between the tabs at the bottom of the interface, Image above shows the wifi channel usage graphs.

Get Wifi Analyzer by farproc.

Also, have a look at 5 Wifi Hotspot Scanner Software For Windows 10. 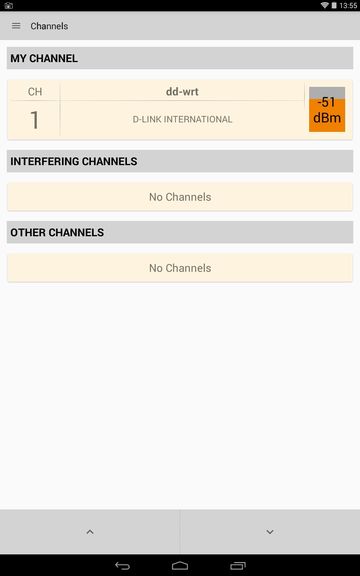 WiFi Signal Strength has a unique way of helping you determine which channels should be used.

It does this by grouping the channels into 3 categories, My Channel, Interfering Channels and Other Channels. That way you can easily figure out which one of the channels is the best to use. Obviously try to avoid using any of the interfering channels.

Using any of the 5 wifi channel analyzer apps from the list above will help you out a lot when you try to figure out which wifi channel is least crowded and will offer best performance. I personally like Wifi Analyzer by farproc. Leave a comment down below and let me know what you think which app is best.