Here’s a list of 5 Pacman apps for Android which you can use to play the worlds most famous game on Android. Naturally there are lots of Pacman games for Android, and there are also those that work similarly to Pacman. Large selection of games means that it’s difficult to know which ones are the best. That’s what we’re here for.

We decided to play around with some of the more popular Pacman games from the Google Play store to see which ones are the best. 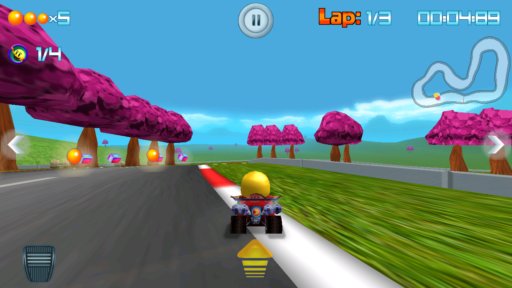 PAC-MAN Kart Rally is not the classic Pacman game that you remember playing. This is the rally reincarnation of the game where you play as Pacman in a tournament and the goal is of course to finish first.

Controls are on-screen, there are no G-sensors unfortunately. You can see them at the edges of the screen, left and right. As you progress through the stage you can collect speedup’s and weapons with which you can get rid of enemies that are in front of you.

Get PAC-MAN Kart Rally by Namco. 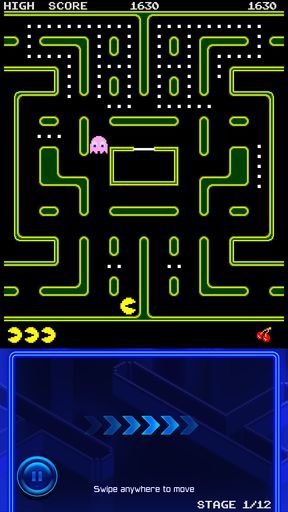 PAC-MAN +Tournaments is a slightly more modernized version of Pacman for Android made by the same publisher that created the previously mentioned PAC-MAN (free).

It has much more intuitive controls, the giant box at the bottom of the screen. Instead of having to hit arrows, just drag your finger in the direction that you want the Pacman to go. Key feature of this version of Pacman is the support for online tournaments where you can play against other players for the title of the best in the world. 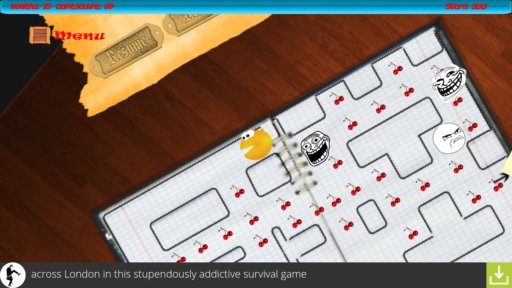 PACMAN-HD is a high definition and an improved version of the classic Pacman with dozens of levels to choose from and 3 different methods of control. Game graphics are optimized for large displays, which most new cellphones have nowadays.

Controls are what’s interesting here. For example you can use the classic game controls where in order to move Pacman you need to tap on top, left, right, down arrows. Then there’s the control stick, where you just tap on the stick and slide your finger across the screen, but the one that’s really interesting are the G-sensor controls. That’s the one that you can see on the image above. You tilt your device in order to direct Pacman away from the ghosts, it’s very fun. 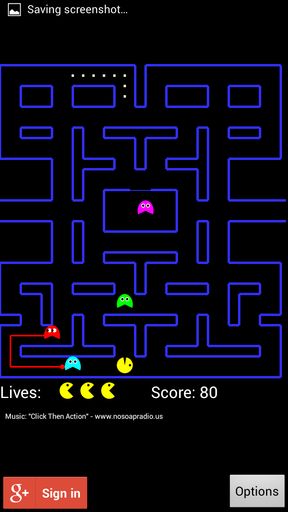 Reverse Pacman is a complete reversal of roles. Instead of playing the Pacman and having to dodge the ghosts, in Reverse Pacman you play the ghosts and your goal is to eat poor mister Pacman.

Ghosts are controlled by defining paths through the level. Each ghost gets a differently colored line through which it will go. Once it reaches the end of the line, the ghost stops and the line has to be re-drawn in order for it to start moving again. Game is actually a lot of fun, even when playing the dreaded ghosts. 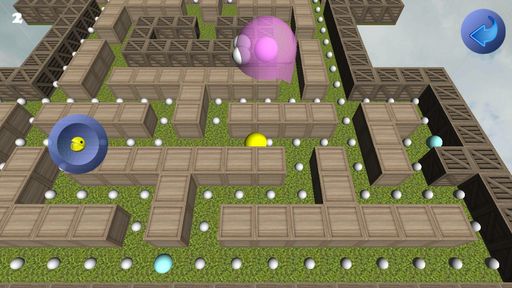 Pac-Man Ring is a standard Pacman game, but it’s only standard in the sense that you get to play Pacman again.

Graphics here were updated and the game is played in a 3D environment. Pacman is controlled using the playing stick on the left, just like most modern games are controlled. If your device can handle it, definitely give Pac-Man Ring a try.

Even though all the Pacman apps from the list are great, we suggest that you give Pac-Man Ring and Pacman HD a try first, because they are a lot of fun to play. Others are also great, but these two made us procrastinate the most.