Mobile devices in general are our biggest sources of Music-listening pleasure. And if you want to indulge more and even see the lyrics for the currently playing song, then musiXmatch for Android is the app you should try out. MusiXmatch for Android is a lyrics viewer and music player app which allows you to search for and view lyrics online.

Sometimes it happens that you simply can’t figure out the lyrics of a song that you love so much and keep humming. MusiXmatch tries to help you in such situations. If you come across a song whose lyrics are giving you too much of a hard time, or if the lyrics are a bit thought-provoking, musiXmatch should be your go-to app since it has one of the world’s largest catalog of lyrics of songs. 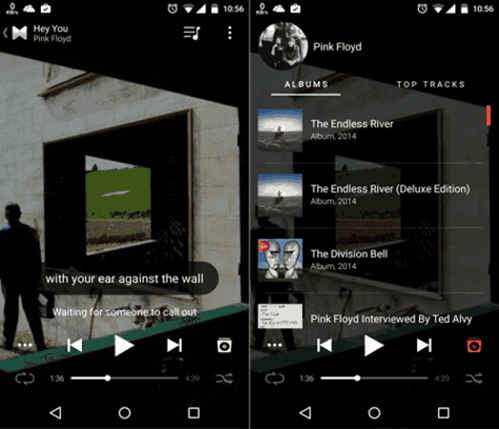 MusiXmatch for Android — How does it work?

Yep, you guessed it right. I will now make you familiar with the menu and options in a step by step fashion. 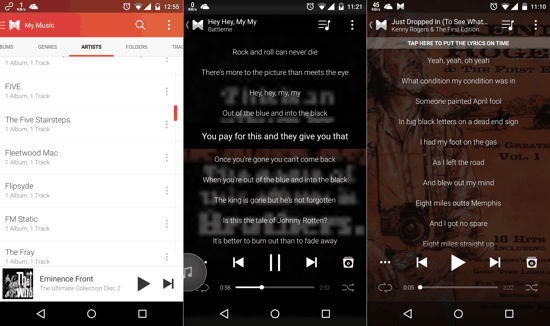 Other Features in MusiXmatch for Android

Musixmatch isn’t just meant to be a lyrics viewer. It has some other neat features too! Take a look:

musiXmatch isn’t a new app and has been available on Android since a long time. But the fact that it still is among Google’s list of ‘Best Apps of 2014‘, says a lot about it. musiXmatch works flawlessly as a lyrics viewer, and even tries to be your default Music Player app with features to show for it. And for users who’d prefer their current player, the floating lyrics option is always there. I did not like the app behavior wherein the app refuses to show some features and the 3 dot menu button when in landscape mode. But I had to resort to nitpicking for pointing out this ‘flaw’.

If a lyrics viewer app is what you are looking for, go ahead and give it a try, you might like it.