DenoiseMyImage is a free photo denoise software for Windows which you can use to remove noise from photos. For those who don’t know what noise is, it’s those small dots that you can sometimes see on images, usually when something’s gone wrong when the photo was taken. Here’s an example of a photo with noise.

What you see on the screenshot below is DenoiseMyImage with a photo on the left that’s riddled with noise, which looks very similar to static on TVs. It looks like that because that’s what it basically is. Noise is added to image when there’s increased electrical interference which effects the lens of the digital camera that’s taking photos. 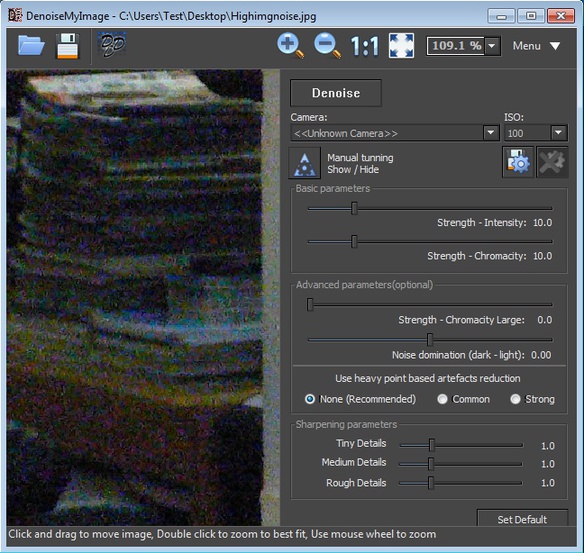 Here’s in a few short steps how DenoiseMyImage works:

This free photo denoise software comes with denoise presets for all the major digital camera brands. Presets are available because digital cameras add specific amounts of noise to photos, depending on the model. Manual adjustments are also available, notice the sliders in the right sidebar on the image above. Key features of DenoiseMyImage are:

Before we begin with a more detailed explanation of how this free photo denoise software works, keep in mind that it shows 15 ads at every startup, there’s restrictions when it comes to batch processing to only three images, and you can expect the program to slowdown during denoise removal, making it last longer. 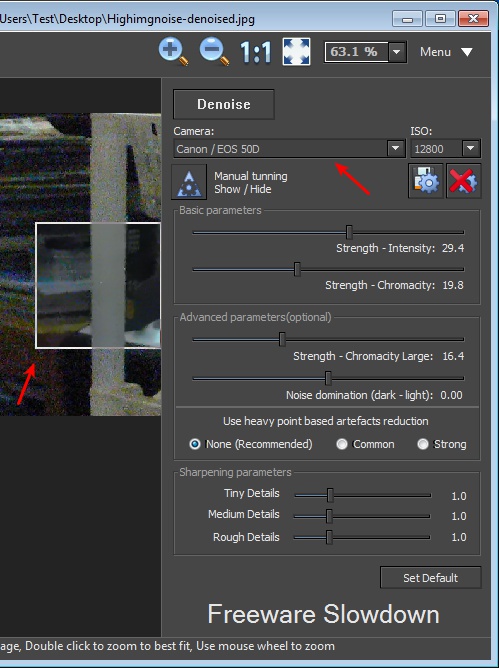 Selected images will open up on the right. Small square which can be seen on them is the preview area. First thing that you should try is changing presets to your digital camera ones. If that doesn’t help, change settings manually using the sliders down below. Try and remove as much noise as possible from the preview area.

When you’re done with settings, click on the Denoise button all the way at the top to process the entire image, not just the preview area. After it finishes, save the image. On the screenshot above you can see a before and after comparison.

DenoiseMyImage does everything as advertised. With some more settings tweaking, perhaps an even better before/after effect can be achieved, than the one that you can see on the example above. Setup is easy, the only drawback are the limitations of the free version that we mentioned a few lines back. Give this free photo denoise software a try and see how it goes.