This article explains how to download Windows 10 for free. Unless you’ve been living under a rock for quite some time now, you probably already know that Microsoft announced the next version of its flagship Windows line of consumer and enterprise operating systems, named Windows 10. The successor to Windows 8 and widely known by its code-name “Threshold” until its announcement, Windows 10 will probably be the most massive re-work of the Windows OS, once it launches commercially and becomes available to consumers, sometime later in 2015.

But what if you are the impatient kind, and can’t wait that long to get your hands on Windows’ upcoming OS? Well you’re in luck, as Microsoft has you covered. You can easily download the preview build of the upcoming OS, called Windows Technical Preview, and start playing around with it to see what’s new, by joining the Windows Insider Program. And the best part is, that you don’t have to pay a dime for it. Don’t believe me? Keep reading, and you will know how to download Windows 10 free. 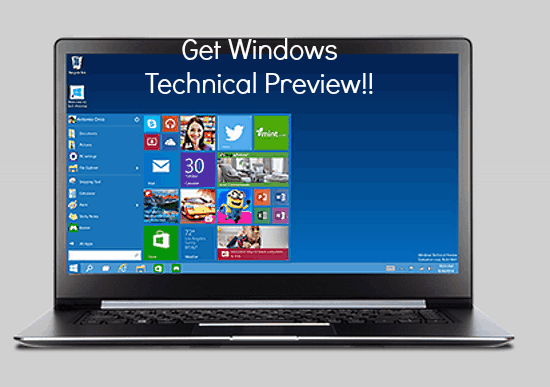 I know you’re getting impatient to get your hands on Windows 10 technical preview already, but I believe a few words of caution are in order, before you do so.

Downloading Windows 10 Technical Preview is super simple. It is available for both 32 bit and 64 bit computers. Here’s how to get it:

Step 1: Before you can get your copy of Windows 10 Technical Preview, you need to join Microsoft’s Windows Insider Program. This is for the users who wish to indirectly be a part of the next OS’ release by providing automatic feedback, reporting bugs and things like that. To join, head over to the Windows Insider Program homepage, and hit the Join Now button. 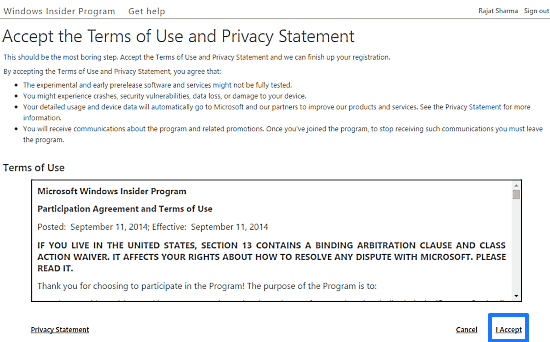 Step 3: That’s it! Once everything’s done, you’ll be greeted with a message notifying you of successful enrollment in the Windows Insider Program. Finally, click the link saying install Technical Preview. This will direct you to the download page, as illustrated below: 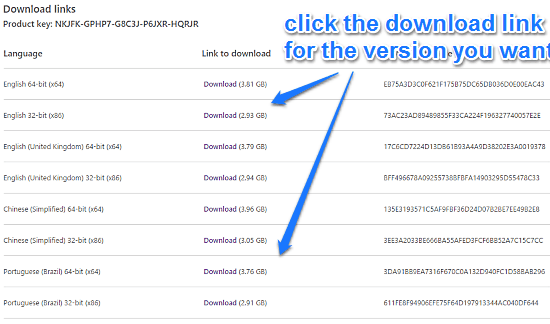 As shown in the above screenshot, the (bottom section) of download page consists of direct links to download ISO files of different versions of the Technical Preview build. Simply find the one that you want, and hit the download link corresponding to it. Easy, right?

Also See: Windows 10 Announced By Microsoft: A Lot Of Exciting Stuff, And Then Some More!

The technical preview build of Windows 10 presents you with an easy way to try and see what Windows 10 is, and what you can expect from it once it’s released out in the wild. But most importantly, it gives you a chance to contribute in the OS’ development by finding and reporting bugs, submitting feedback etc. So give it a try, I’m sure you’ll love it.