You can simply open this tool from your Tumblr account and then select the posts manually which you want to delete. After that, with just a click you will be able to remove the selected posts from your timeline permanently. The only thing which might concern you is that you would need to select the posts manually. But still, it is better than deleting files one by one as it can take a hell lot of time. 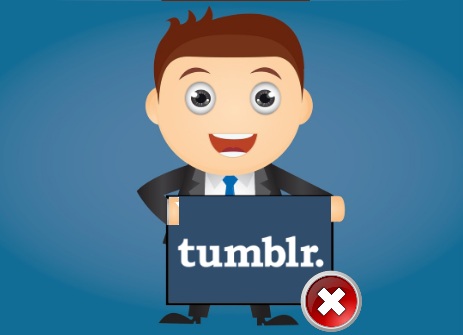 We have already covered how to bulk delete tweets, bulk delete Facebook messages, etc., but if you’re looking for a simple way to bulk delete Tumblr posts, then this tutorial will help you with that.

How to Bulk Delete Tumblr Posts:

Step 1: To get started, simply open the web application of Tumblr and sign in to your account. After that, click on the “Profile” icon at the top right corner. Then select the “Posts” option from the menu to proceed.

Step 2: When you do that, your timeline will open up with all your posts. On the right side of your posts timeline, you will see the “Mass Post Editor” tool below the “Edit Appearance” option, as shown below.

Step 3: Now, simply click on “Mass Post Editor” and then it will open up a new window. On this window, you will be able to see all your Tumblr posts. At the top, there will also be an option to sort posts by month.

Step 4: Now, to delete posts in bulk, all you gotta do is select all the posts which you want to delete by clicking on them. You can select maximum of 100 posts to delete them at once using the “Mass post Editor”. After selecting the posts, simply click on the “Delete” button at the top right corner of the window.

If you have been looking for a way to bulk delete Tumblr posts, then the method explained in this tutorial is what you need. The built-in “Mass Post Editor” tool of Tumblr makes it very easy and convenient for you to delete multiple posts (100 posts) in a single click.