Here’s a list of 5 screenshot addons for Firefox which can be used to create screenshots of websites. There are programs for Linux, Windows and Mac that can create system wide screenshots, in all the applications, but one of the more useful features of a browser based screenshot utility is that it can create a screenshot of an entire website, no matter how long, in other word how much scrolling the website has.

Here is what we found for your Firefox browser. 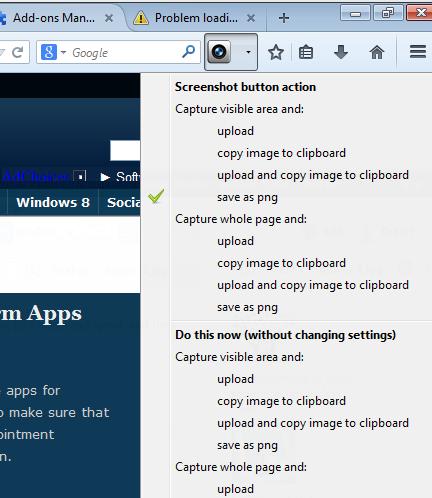 Screenshot is a screenshot addon for Firefox which can create 2 different types of screenshots, current view and whole page.

When you create a current view screenshot, only what you currently see with your web browser is gonna be captured. Whole page screenshots will take a screenshot of everything, even the sections of the website to which you have to scroll to in order to see. Even though automatic upload to an image host is available, it didn’t work for us, because the image host was down. 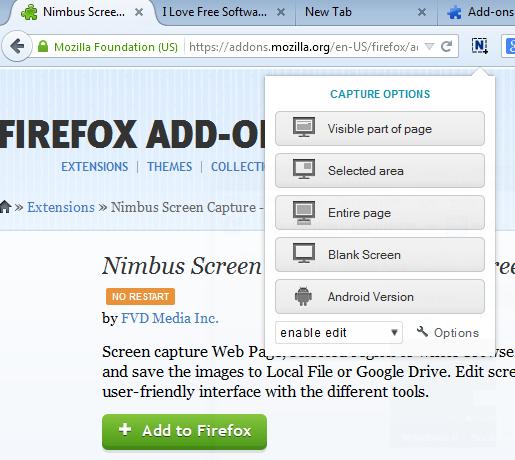 Nimbus Screen Capture is a bit more advanced screenshot addon, as you can see from the image down below.

It has everything that the previously mentioned “Screenshot” addon has, with a couple of additions, namely the “select area” screenshot tool. Select area tool lets you select a rectangular area of a webpage, instead of taking a screenshot of the current view, or the entire page. Nimbus sets itself apart because it also has an editor where you can open screenshots after they’re created. 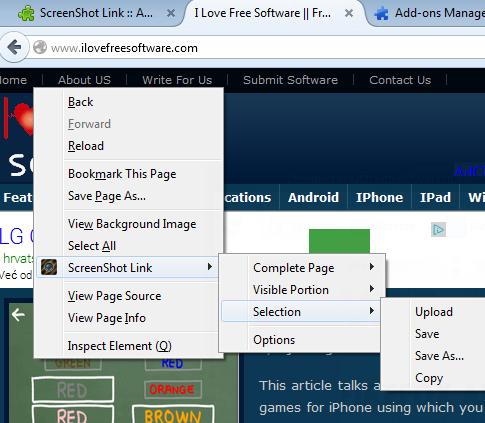 ScreenShot Link doesn’t have a top right corner icon, it add its controls to the right click context menu.

Three screenshot taking methods are available, whole page screenshot, current view screenshot and selection screenshot, where you can create a screenshot of a rectangular selection of the web page that you’re on. Automatic upload of screenshots to an image host is supported and it works. 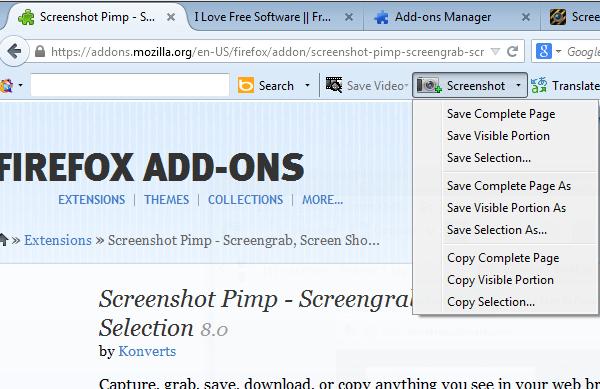 Screenshot Pimp is actually a toolbar which has lots of additional features, like translation, similar website suggestions, Bing search, etc.

Toolbar can be seen in action on the image above. We tested it and all three screenshot types worked. The usual screenshot can be created, whole page, current view and of course rectangular selection. Screenshots can be saved or copied to clipboard. 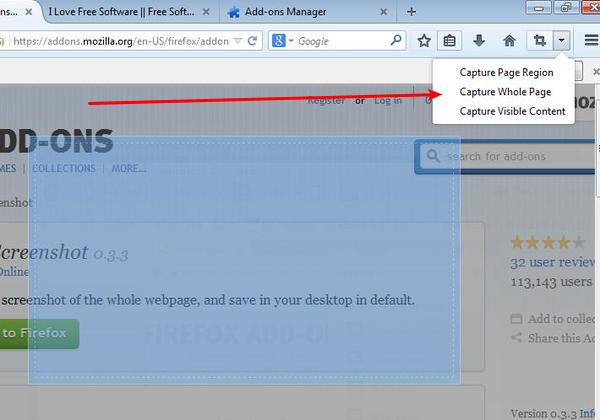 Easy Screenshot can create all three types of screenshots that we talked about until now, but it’s much more simpler to use.

Notice from the screenshot of this screenshot addon that the top right corner icon menu, the one that pops out when you click on the addon icon, looks simple and straightforward. Select the type of screenshot that you’d like to create, set save location and you’re done. PNG format is supported and you also get some light editing like pointers, text, shapes, etc.