Here’s a list of 4 image to PDF converter apps for Android which you can use to convert images into PDF documents. A while ago we talked about apps that can be used to convert PDF to images. Now we are talking about apps that do the opposite. Using PDFs looks much more professional, especially when sending important documents like quotes, estimates, invoices and other business related files. The following apps are converter apps which, like we already mentioned, can help convert images into PDF documents.

Let’s see what we found in Google Play Store. 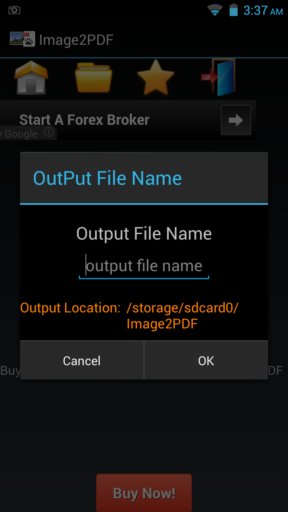 Image to PDF Converter Demo is an image to PDF converter app for Android that’s capable of converting JPEG, PNG and GIF images into PDF documents. Note that only individual image files can be converted into PDFs, not several of them at once.

Limitation is put in place because this is a demo version of the full app that can create a single PDF document from multiple image files. Each image that you select would then in this case be a page of the PDF document that gets created. Setup is pretty simple, tap on the open button, select the image you want converted, type in the name of the output file and you’re done.

Get Image to PDF Converter Demo. 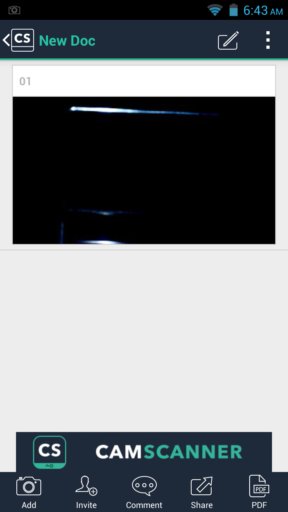 CamScanner isn’t a standalone image to PDF converter but image to PDF, JPEG to PDF conversion to be more precise, is one of the functionalities that’re available in this app and hence it’s on this list.

Since this is a scanner app, it’s main functionality is taking pictures (or scans in other words) of PDF documents. These scans are usually saved as images, but notice that there’s a PDF button in the bottom corner of the app that allows you to create them as PDF docs. 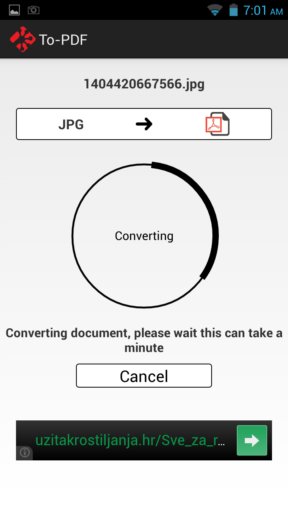 To-PDF converts a lot more different file formats than just images to PDF documents. App is very small in size and the reason why it’s small is that this is just a front end app which you can use with a website.

App allows you to select an image, it then gets uploaded and converted, see image above. When the progress bar finishes, you’ll be presented with an converted PDF document that you can download. Lots of other formats are supported. You can for example convert DOC and DOCX to PDF using the same app. 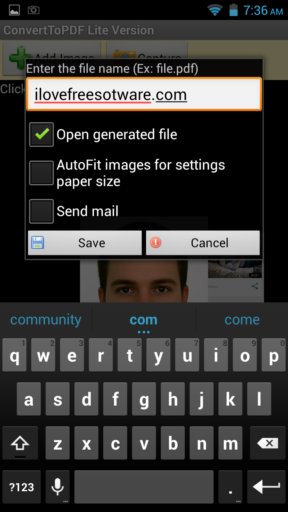 Convert To PDF Lite might be the best image to PDF converter app for Android that we tested, scratch that, it is the best.

Convert To PDF allows you to convert all the standard image formats JPEG, PNG, GIF, and it’s not limited in the number of images that can be added to a document. You can for example add the entire gallery at once and create a PDF out of every picture that you have on your phone. It’s also a scanner app, new image can be taken with camera and then added to PDFs.

Get Convert To PDF Lite Version.

We already declared a winner, at least according to us. Convert To PDF Lite Version does everything that you’d expect from an image to PDF converter app for Android and more. Looking for something simpler? Take Image To PDF Converter Demo.