A small kid named Sandy, misses his mother very much. So, he writes a letter to Santa that he wants to meet his mother for Christmas. He turns the paper into the shape of a paper plane and throws it into the air, hoping that it would reach Santa. Now it’s your turn to direct the paper plane to reach Santa. 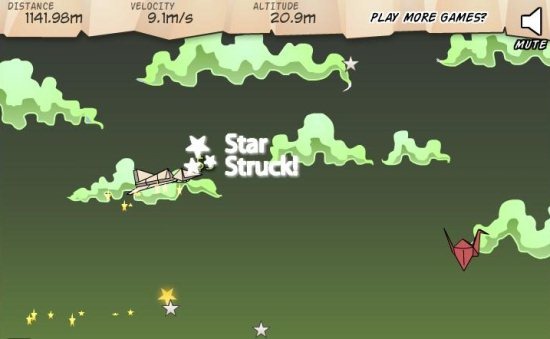 As soon as you enter the website, the game starts and you will be asked to choose a slot from three slots. Choose any of the slot and start playing (all the slots depict the same game, there are no special gifts hidden in them). Then a short story will be shown in form of animation, that I have described in above. Then you have to pick up the paper plane and start throwing it.

Initially, the plane has no upgrades, so it goes on for small distance and stops. Then after you have collected some stars, you can upgrade in the customize section available after each throw. If your paper plane touches a star then you will get a boost to your speed or crane (in pink color) you will get bonus for collecting stars. Normally collecting stars earns you 5$, but when you strike a crane then the star price increases by double, then triple, etc. If you reach higher heights, there will be no cranes but purple colored stars which will give you 25$ each. Then with the money you have earned, you can upgrade like: modify plane, aerodynamics, boost, steer your flight, throwing power, light weight plane, etc. (shown in below screenshot). 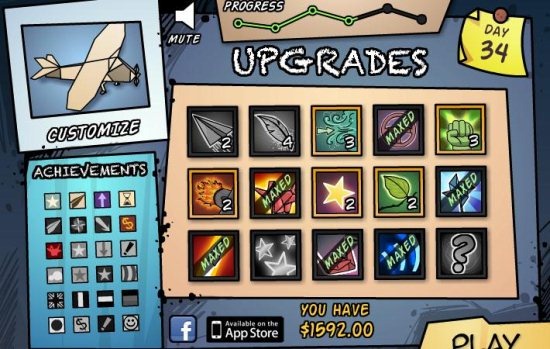 You can even customize your plane by clicking on customize. You can modify the color of the plane and texture of the paper plane. Once you start playing it’s easy to reach the end but the challenge is to reach the end with less number of chances. There will be winds and jet streams to obstruct the plane from going at high speeds. If the plane speed becomes less then you will be warned, then you have to use boost or catch stars or cranes to increase speed; or the plane will stall. There are wind rudders on the land and if you land on them they will boost you again into the air; if you are lucky enough. Make the plane travel the whole world and finally reach Santa.

Controls For This Paper Plane Game:

The controls of this paper plane game are easy: 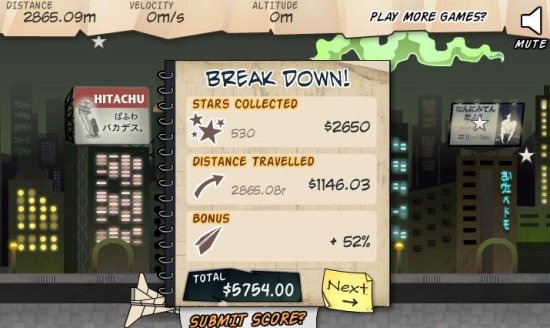 This game is an absolute addictive paper plane game. The animation and graphics are also good. Play another exciting game from same website: Exit Path.