GM UniversalSync is a free folder synchronization software for Windows with the help of which not only that you can synchronize files between folders and directories on a system locally, but also over FTP and WebDAV servers. For those who are wondering, WebDAV is basically a type of HTTP protocol. Direct synchronization is possible, but there’s also support for scheduling where you can setup a synchronization job to be activated at a later date and/or repeated daily, monthly and so on. 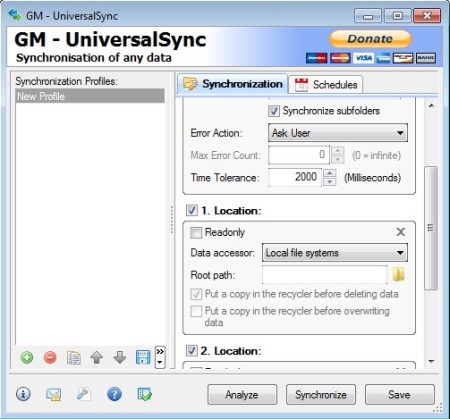 Synchronizing files is very useful when you for example would like to backup files. Since GM UniversalSync also supports FTP and HTTP file synchronization, webmasters can also use it in order to update folders and files from their computers to FTP or HTTP servers. By activating one way data sync, you can make sure that only files are being uploaded and not downloaded, or setup so that it’s the other way around. Here’s a few pointers to help you get started.

How to synchronize files between files and folders with GM UniversalSync 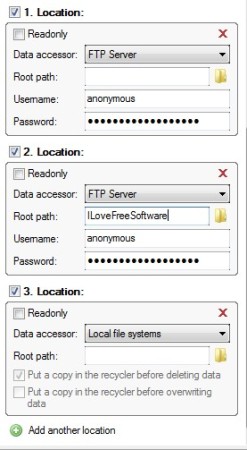 There should of course be at least two different locations entered before data synchronization is possible. More can be added if you decide to click on the Add another location button down below. Use the Data accessor drop down menu to change location type of either local directory or FTP/WebDAV server. If you want one-way sync, put a check mark next to the Read only mode. 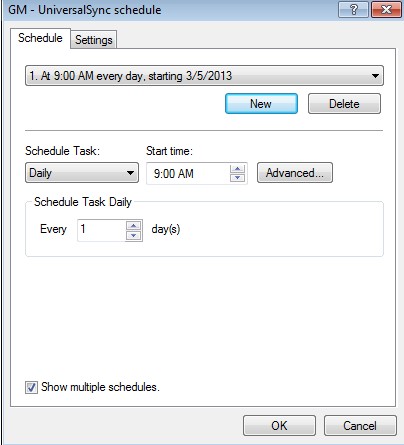 GM UniversalSync really is a universal folder synchronization utility, with the help of which you can sync both locally, over FTP and HTTP. Setup is, as you can see very simple, it offers a lot of options, so give it a try and see how it goes. Free download.