This article covers how to embed a video tweet in your own tweet. You will be able to fetch video from tweet URL and then post that video as your own tweet with message of your choice. So, when you get some funny video, reaction, etc., and you want to share it with own tweet, you will be able to do it very easily. To make this possible and very simple, here is a free service which is named “Tripper“. 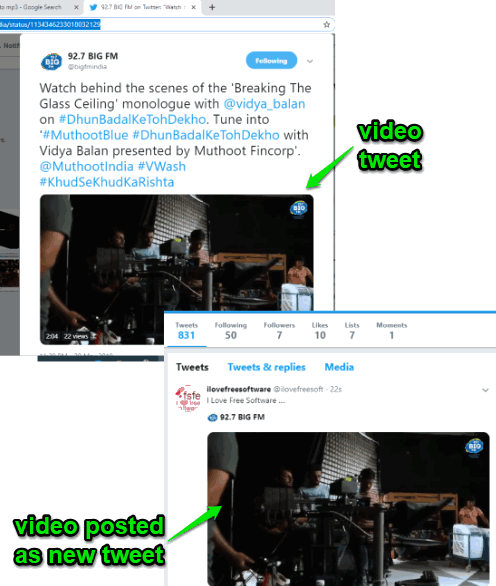 In the screenshot above, you can see a video tweet which I later embedded and posted as my own tweet.

Step 1: The first step is very basic. All you need to do is open the service homepage. The link to this homepage is given at the end of this tutorial.

Step 2: Paste the video tweet URL to the available field and then press Trip it!.

Step 3: As soon as you press the Enter key, it generates the output URL. That’s it!

Now compose a new tweet and then paste the output URL.

When you have done that, you will notice that your tweet is containing that particular video. This serves the purpose of this service successfully.

You may also check some best free Twitter desktop clients covered by us.

So, this way you can embed a video tweet in your own tweet. This service is interesting and useful for sure. No need to retweet a tweet just because you liked the video of that tweet. Simply generate URL for your own tweet and then paste the video as your video tweet.