Here’s a list of 5 best karaoke software for Windows 10 which you can use to play and sing karaoke songs on your Windows 10 powered machines. Windows 10 is just about to release, so I decided that I should check which existing karaoke applications work best on it. Software that I tested worked great on Windows 10, without any kind of problems. Some of the programs were a bit more advanced, with more features like mixing and media management, while others were just simple karaoke players. 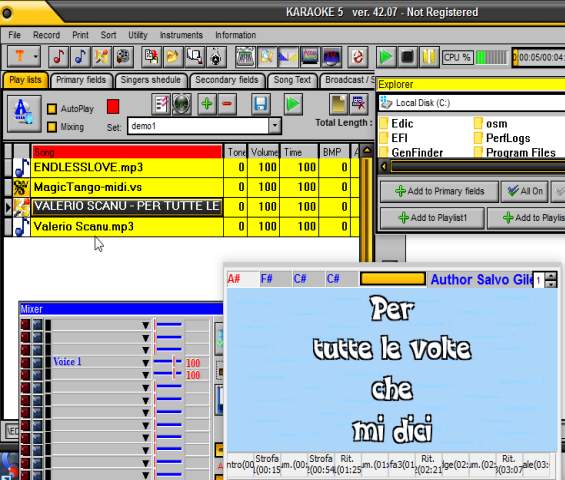 Karaoke 5, the free version of this free karaoke software at least, is a karaoke player with support for its own native format K5, followed by a long list of more popular formats like MIDI, KAR, KFN, MP3. WMA and even video formats like MP4 and FLV are supported.

Interface will take some time getting used to because there’s a lot of options that’s available. In the top left corner there’s a playlist manager where you can load up the songs that you’d like to sing. Bottom right has the lyrics window. Rest of the options are for playback controls, equalizer/effects tweaks and more. 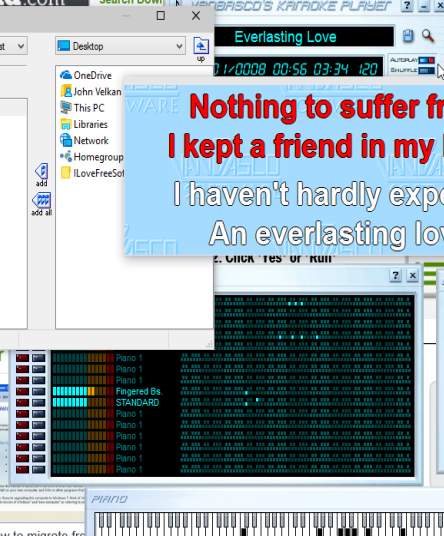 vanBasco’s Karaoke Player is a very popular choice when it comes to karaoke software and it’s fully supported by Windows 10. It’s similar in features to Karaoke 5. What I mean by similar in feature is that the application is broken down into separate windows. Lyrics window, playlist manager, instrument manager all get their own window.

MIDI audio format is supported. Lyrics window can be opened up in fullscreen. Unlike Karaoke 5, which only came with 5 sample songs, vanBasco has over a dozen songs so that you can start singing right away.

Also, have a look at KaraFun: Free Karaoke Software, Player, and Editor.

Free Midi Karaoke Player comes with even more songs that you can play. Two dozen karaoke songs wait for you, but there’s another thing that makes this karaoke software for Window 10 interesting and that something is simplicity.

You can see what I’m talking about on the image above. Only a very simple window is displayed, without a lot of options. To open a file, you have to hit Enter. It starts playing right away and lyrics are showed inside the window. 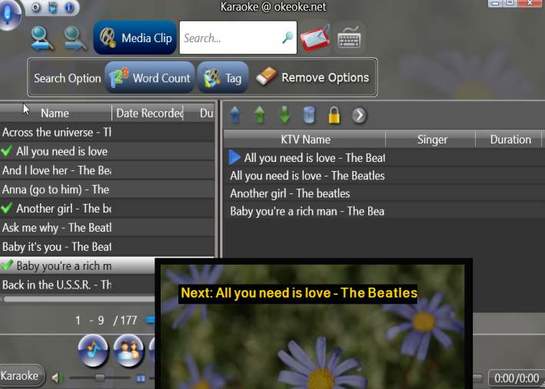 OkeOke.net Karaoke is a more advanced karaoke software with an integrated interface. It’s not just a karaoke software, but also a media manager with tagging support, effects support, song recording and more.

It supports MIDI, KAR and MP3 karaoke formats. Search tool lets you easily lookup the songs in your library and add them to the playlist. Lyrics window has nice looking backgrounds and easy to read text.

Also, have a look at Free Karaoke Software For Windows. 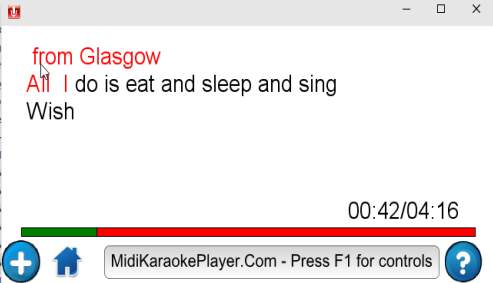 MIDI and KAR formats are supported. Songs can be opened by clicking on the plus sign in the bottom left corner of window. Press F1 to see all the other controls.

The last karaoke software from the list, Karaoke Player 20 is very interesting. It’s simple, but not too simple. OkeOke.net Karaoke should be tried by anyone who looks for something a bit more advanced from karaoke software.