Here’s a list of 5 image blocker addons for Firefox which you can use to block images when accessing website. Some of you might be wondering why would someone block images when browsing the web. Well not everyone has unlimited bandwidth and if you’re looking to save money, blocking images makes a lot of sense in this day and age of multimedia rich websites.

Let’s go through the Firefox addons we were able to find for you to block images in Firefox when you are browsing websites. 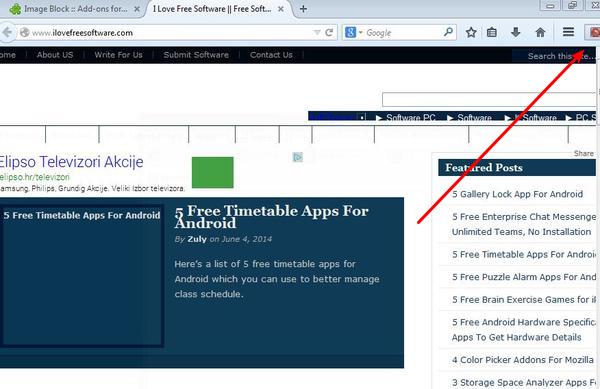 Image Block is a simple image blocker addon for Firefox which adds a handy “turn off images” button to the top right corner section of the Firefox’s interface, where addon icons can usually be found.

To turn off photos and image, you’ll just have to click on the added icon. Next website that you visit is gonna be stripped from images, like ours was on the screenshot above. To return images, just turn off the addon by clicking on its icon again. 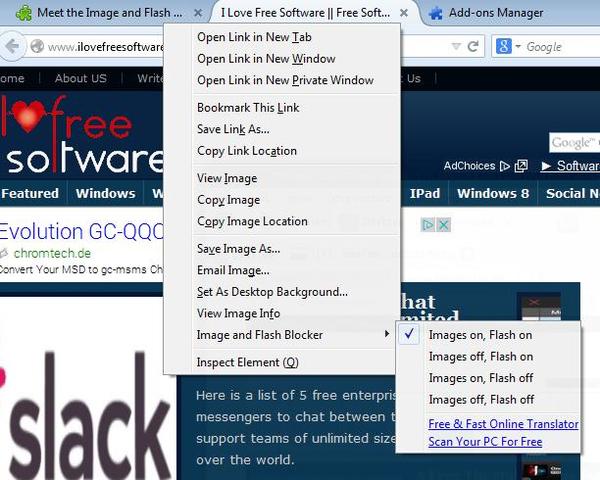 As you can see from the name of this addon, here you get both an image blocker and a flash blocker app.

Images are blocked by right clicking anywhere on the website, hovering your mouse over the Image and Flash Blocker option and from there selecting the combo that you want. By default images and flash are not blocked. Second option from the top will turn off images, third one turns off flash, and the last one blocks both images and flash.

Get Image and Flash Blocker. 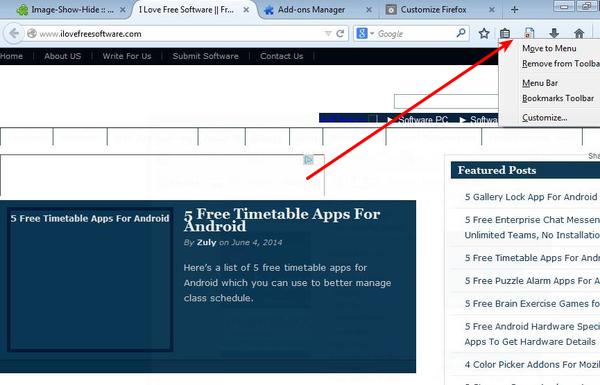 Image-Show-Hide works similarly to Image Block. After installing the addon, you’ll be able to add its icon to the Firefox top right corner addon section. It’s not added automatically.

Once the icon is there, simply click on it to turn off and block images from a website. Click again to turn the images back on. 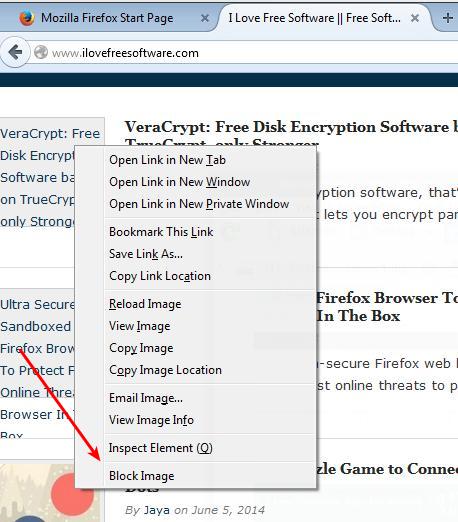 Image Blocker blocks images selectively, not all at once. This gives you more control over what’s gonna be blocked, but it also means that you’ll have to work more.

You’ll have to work more because each image that needs to be blocked has to be right clicked and then blocked by selecting the appropriate option from the right click drop down menu (Image Block option). Once that you’ve done that, instead of seeing images, you’ll just see their name. 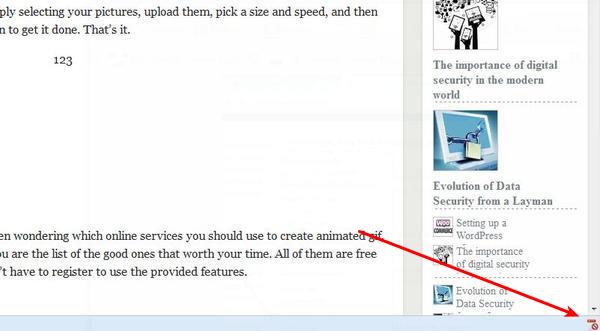 GIF images might be one of the more annoying images out there. Not because they’re GIF images, but because if there’s a lot of them on a website they will slow down even the fastest internet connections.

Gif Blocker is a image blocker addon aimed specifically at GIF images. Note that in order to use this addon in newer versions of Firefox, you have to activate the addon bar by installing Addon Bar Restore.

Image Block, the first one from the list, is the easiest to use image blocker addon, and Image-Show-Hide also works great. All the standard image formats like JPEG, PNG and GIF of course are gonna end up being blocked. Leave comments down below.