Here’s a list of 4 multitasking apps for Android which you can use to work in multiple windows when using Android on your phone or tablet. Android powered devices are getting more impressive when it comes to hardware and screen size making multitasking on Android a reality for quite some time. Sadly limitations of the OS don’t allow easy multitasking. The following apps fix that. 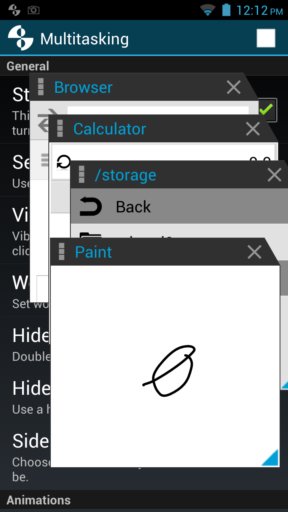 Multitasking is an app which allows you to open up multiple windows, but there’s a catch, you have to use apps that come bundled with Multitasking, you can’t use any of your own apps, the ones installed from the Play Store.

After running this multitasking app, you’ll get a sidebar with a list of 20 built-in apps which cover all the basics. You get a file manager, browser, calender, calculator, map app, currency app, gallery app, text editor, etc. Only those apps provided by Multitasking can be opened “as windows”, see image above. The windows can then be increased in size, maximized, moved around the screen, etc. 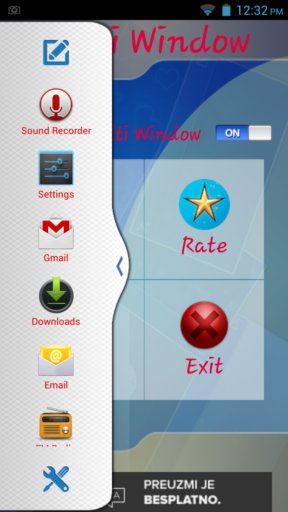 Multi WIndow by iXpress works a bit differently from previously mentioned Multitasking. This app actually lets you switch between your own apps, the ones that you installed or have come installed by default with the phone.

List of currently running apps can be viewed by opening up the Multi Window selector. This can be done by swiping from the left part of the screen. Tap on a different icon from the selector and you’re switched to that app right away.

Get Multi WIndow by iXpress. 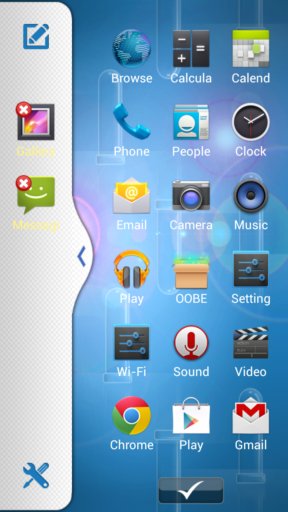 Slight difference between these two namesake apps is that Multi Window by apptour requires you to add the apps that you’d like to use in the multi window mode. That’s what we’re doing on the image above. Once that the apps are loaded to the selector, you just need to tap and slide across the screen from left to switch between them.

Get Multi Window by apptour. 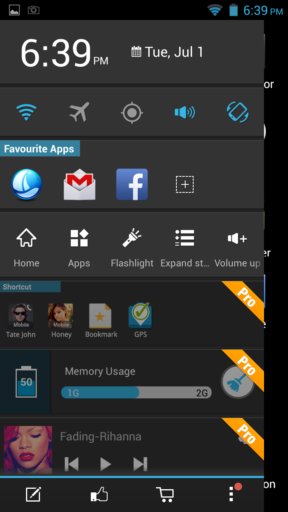 Sidebar Launcher is another sidebar that you can access by swiping your finger from the left section of the screen but as you can see from the screenshot down below, it lets you do a bit more than just switch between applications.

Applications can be switched between by tapping on their icon from the “Favorites” section, but sidebar lets you control lots of other stuff, Wifi, GPS, Sync and a few other built-in apps, like for example the flashlight app.

Multitasking, the first app from the list above, gives the most realistic multiple window management experience out of all apps that we tested. It’s just like on an actual desktop OS, the only downside is that only its own apps can be used for multitasking. Next best thing is the Multi Window by apptour in our opinion. Give them all a try and let us know how it went in the comments down below.