Here’s a list of 5 cache cleaner apps for Android which you can use to free up space on your Android powered devices. Newer devices for the most part have a lot free storage, but older ones can have problems with running low on free storage. Cleaning up the cache can help increase free space significantly, especially if you’re installing a lot of apps, like we do.

Let’s see what apps we found in the Google Play Store. 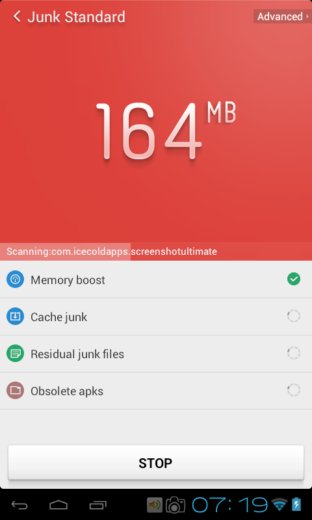 Clean Master is one of the most popular cache cleaner apps in the world, and with good reason.

After scanning our test device we actually found out that there are several hundred megabytes of space that we can free up. Clean Master won’t just check and clean app cache, it will also go over any unused system files that might have built up on the device over time and it will also optimize system memory. 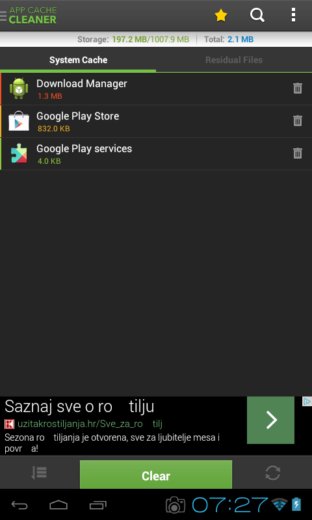 App Cache Cleaner only focuses on cleaning the app cache, meaning the files that apps have downloaded and created but are no longer in use.

As you can see from the two tabs at the top of the app, next to the app cache, this cache cleaner app also cleans up additional residual files that various system files have created, similarly to what Clean Master does. 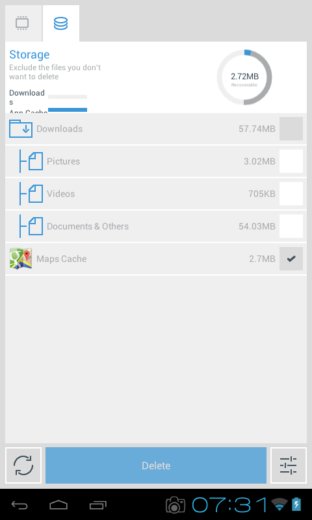 The Cleaner brings back memory optimizer and storage optimizer combo where it lets you both free up memory to get a quick boost in performance.

That’s what the two tabs in the top left corner are for. First one is for optimizing memory, while the other one for freeing up storage space by cleaning out app cache and other junk. You get to choose what gets deleted by putting check marks next to options in the list. 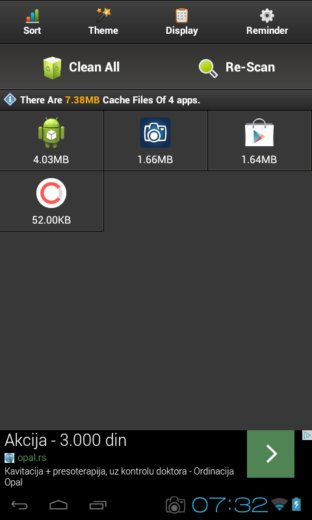 Cache Cleaner Easy will go through the list of installed apps and let you delete the cache for all of them together, or selectively, only for those whose cache you want to see deleted.

Each app gets a spot in the main view after the initial scan where you can see how much space cache of each and every one of them has taken up. To clean everything, just tap on the Clean All button and you’re done. 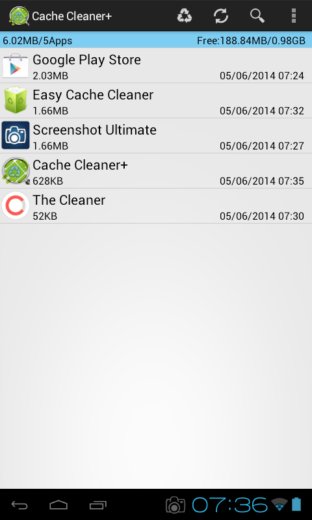 As far as simplicity goes, Cache Cleaner + is a clear winner in that department.

After running this cache cleaner app, you’re gonna see a list of all the applications that have cache files that you can delete. Apps that don’t have any cache files will not show up on the list. To clean up the cache, just tap on the recycle icon in the top right corner of the screen.

Clean Master is probably the safest bet if you’re looking for a cache cleaner app for Android that’s gonna look into every nook and cranny of the system for junk files. App Cache Cleaner follows closely behind. All the others are great lightweight alternatives if you haven’t abused your system too much and you suspect that there aren’t that many files to be deleted.