Here’s a list of 5 album art downloader apps for Android which you can use to download album art for songs/albums that you have stored on your Android phone. Not having album art when listening to music can drive you crazy, I know that it drove me crazy when I found out that some of the songs from my library didn’t have their album art. If your music player does not have album art download built-in, these apps can help out.

Let’s see the apps we found in the Google Play Store. 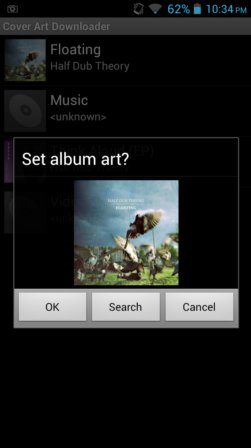 Cover Art Downloader is a simple app, it’s a small app, but very good at what it does. First time that you run the app, it will check your music library and list all the music albums that you have.

Albums that have covers will also be showed, allowing you to change the album cover art if you don’t like the ones that are currently setup. To add album cover art to albums without it, just tap on the album name, and you’ll be offered with a album cover in a pop-up window. If you want to select a different cover or a cover from your gallery, select the Search button. Batch mode is also available which lets you download album art for all of your music at once. 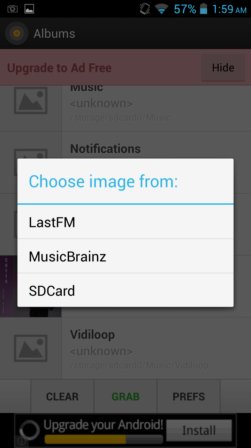 Album Art Grabber has a smoother interface from that of Cover Art Downloader, making it more easier to use.

All the albums from your music gallery are also listed here when you first run the app. Tapping on an album name offers you to either download a cover from MusicBrainz, Last.fm or to select one from the SD Card. Batch album art cover downloads are also present. 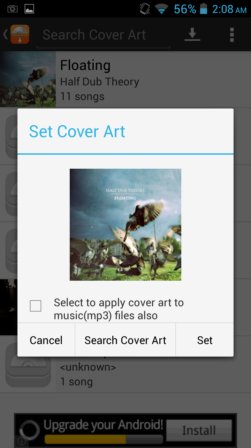 Album / Cover Art Finder has a search tool which can help you find album art online that can then be applied to music from your gallery.

Everything works the same as with all the others. You get a list of albums, tap on the album with missing cover art. Wait a few seconds and you’re presented with album art cover. Found cover art can be added to metadata of each song individually. 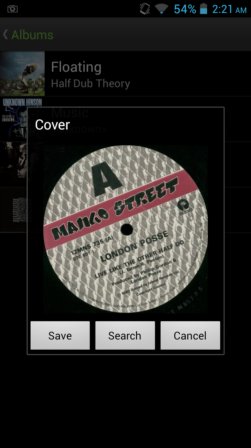 Those are the two main options offered after running the app. Manual download works the same as with all the other apps. Automatic is more interesting because it requires you to tap on just one button and all the album art is downloaded automatically, in the background. 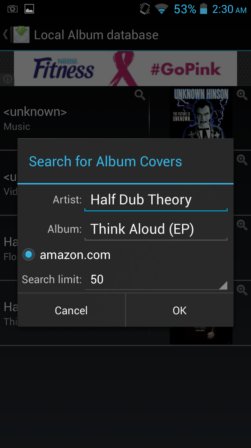 Album Cover Finder is setup to work with Amazon.com and fetch album covers from there.

This album cover art downloader lets you configure the search terms used when searching for cover for a particular album. Music albums are of course automatically detected and placed in a list from where you can add start adding cover art.