Here’s a list of 5 best alternative web browsers for Windows 10 which will hopefully expand your horizons a bit and give some insight into all the different web browsers that exist out there. Not everything revolves around Firefox, Chrome, Internet Explorer and Opera. There are lots of other web browsers that are available with special features and functionalities that are worth checking out. Let’s see what exactly is available.

First up is an alternative web browser based on the open source predecessor of Chrome, Chromium. Torch builds upon the basic functionality offered by Chrome with a focus on audio, video and photo consumption. 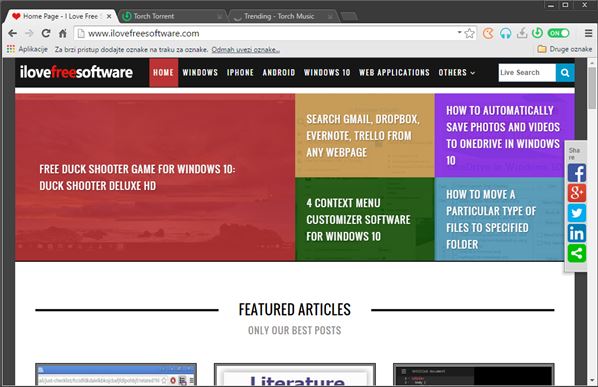 Like you can see, Torch has the familiar interface of Chrome, but improved with features like a collection of online games, music streaming, media grabber and a built-in torrent client. Seeing how Torch is based off of Chromium it also supports the installation of extensions and apps from the Chrome’s Webstore.

Interesting functionality that’s found in Lunascape is the ability to render web pages using 3 different rendering engines from within a single web browser. 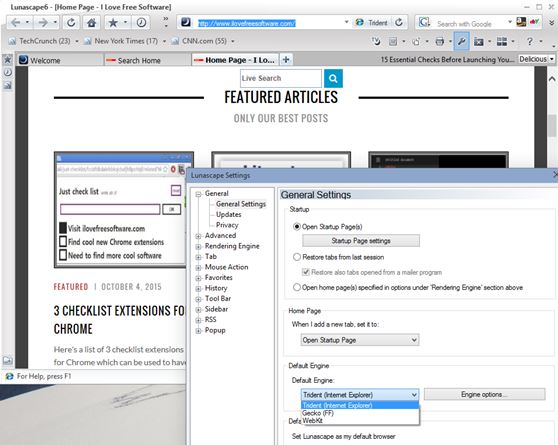 Web developers will love Lunascape because from within it they can check how a website will perform using web page rendering engines from Chrome, Firefox and Internet Explorer. To switch between engines you’ll have to open up the settings menu. A button is also added all the way to the right hand side of the address bar for quickly switching between rendering engines.

Even though still being only a technical preview, Vivaldi has a lot to offer. Goal of this web browser is to attract power users. 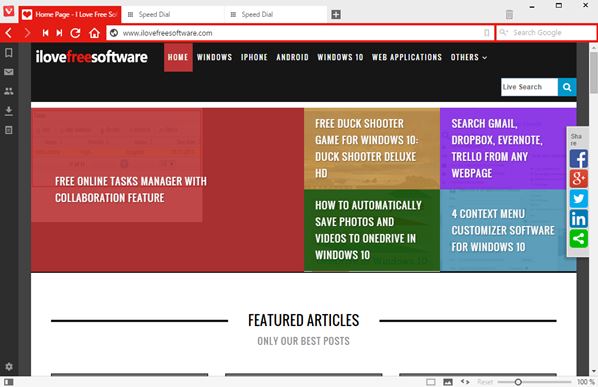 Team behind Vivaldi plans to achieve that by including expanded support for keyboard shortcuts, a built-in note taking app, and an email client is also in the works. There are lots of useful features like light browsing mode where image and other media that hogs bandwidth are turned off. If Vivaldi reminds you of Opera it’s because the former CEO of Opera is behind this project. It’s again based on Chromium, just like Torch.

Comodo IceDragon is an alternative web browser for Windows 10, with a focus on security, which is no surprise considering that it’s released by Comodo, the very popular security company that’s responsible for a wide range of security software and services. 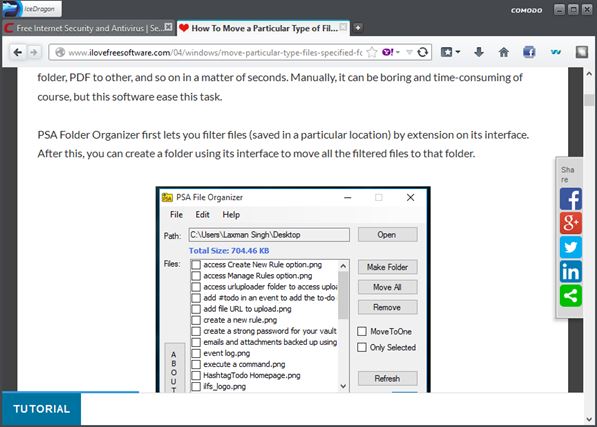 Also have a look at Comodo IceDragon Browser, Safer Version of Firefox.

I included Midori on this list as a great lightweight alternative to all the other alternative web browsers I mentioned and even the mainstream ones. 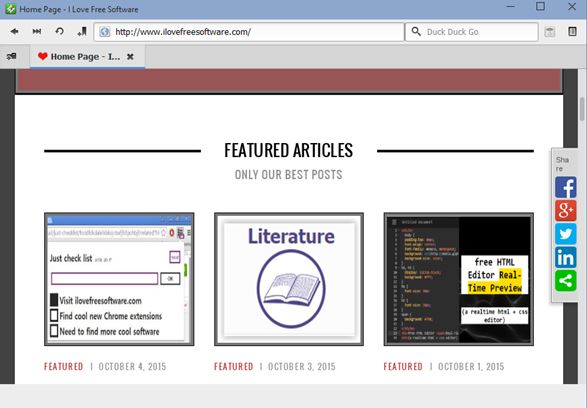 Don’t get me wrong, all of the web browsers that I covered worked relatively well, but Midori felt snappier, so I’m mentioning it for all those who are running Windows 10 on not so great hardware, aren’t impressed with Edge or IE and would like to try another lightweight alternative.

I have to say that Torch impressed me the most out of all the web browsers that I covered on the list above. Others have quite useful functionalities, but most of them can be added to Torch via the Chrome Webstore extensions and apps. Let me know which one do you think is the best alternative web browser. Do you use Edge?