Rekorse is a Windows 8 Maze Game. In this fun filled game, your ultimate aim is to get freedom. The game consist of many fun filled levels. In each of the level, you will encounter a number of difficulties like robots and bombs from which you have to escape in order to reach the end of the level. Race against time in this nice game, as your score depends on the time you take.

The levels included in the game have gradually increasing difficulty, that will ensure an engaging experience.

Rekorse is available in the Games category of the Windows Store. 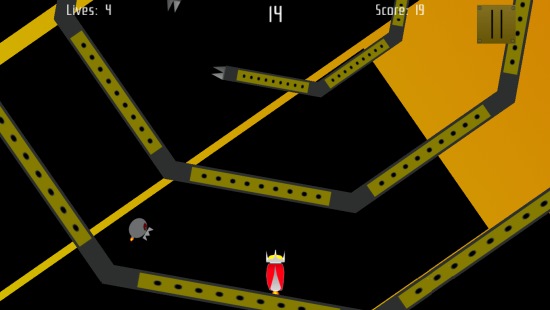 On the main page of the game the option to start the game is available. 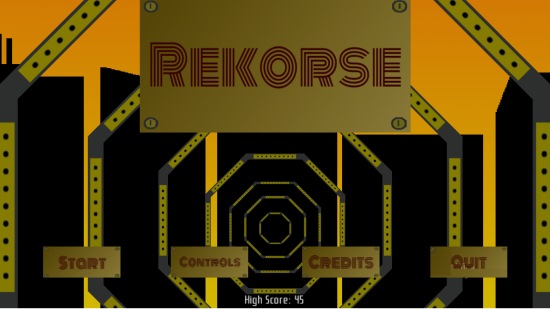 Let me get you some idea about the game:

The game consist of a number of levels. In each level, a new maze will be shown to you. You (as a robot), have to reach the middle of each maze where an escape door is present. On your way a number of robot soldiers would try to stop you. You carefully have to avoid them, and to kill them if possible. You have to jump or hit them from downwards in order to kill them. If you kill them, points will be given to you.

5 lives would be given to you in the beginning. As you start the game, a timer will also start. It will start from 40, and will ultimately reach 0 going backwards. For each level, the time that remains when you have reached the escape door, will be your score. Within these 40 counts, you have to reach the escape door, or one of your life would be gone. The robot soldiers that will be trying to stop you, have sharp spikes attached to them. If you, by accident, touch the spikes, you will be dead, and one of your life will be gone. Do avoid the sharp edges of the platforms, or else you would be dead.

The escape door is present at the centre of each maze. 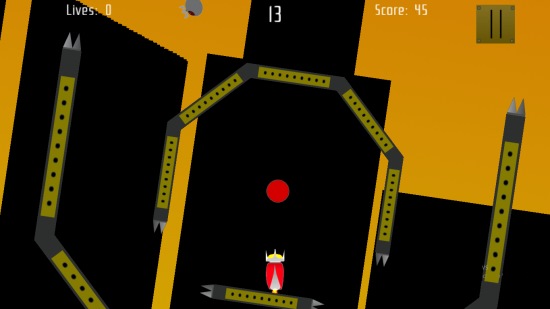 The controls of the game are quite easy. Just use the left and right arrow keys to move, and the Z key to jump up.

Run as fast as you can and kill as many enemy as you can to gain maximum score, and as long as you have a life remaining, you would be able to get to a new level. Every new level of the game has comparatively higher difficulty.

Going by my experience with the game, I would really recommend it, especially because of the different game play it has. It has a number of levels to play. You should try it.