Wooden Marble Maze is a free Windows 8 maze game app. It’s a simple one stage maze game app where you have to roll a 3D ball into the destination mark, and on your way you have to avoid different obstacles which are basically the maze puzzle, holes, and empty gaps.

The game is a real fun game app where you have to tilt the surroundings using your mouse and make the ball roll so that it reaches the final destination. The game is supported in all Windows 8 devices and is completely free. 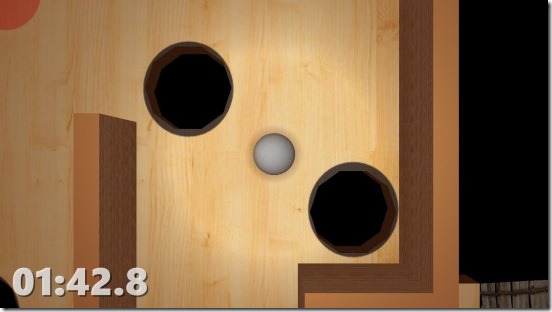 Without giving any second thoughts the game is sure fun and addictive. And to a surprise, the game does work very well in non touch devices as well. At first look the game looks like it’s made for the touch devices, but it is equally fun for non touch devices. The game has extremely good simulations. There’s a very good sync between the controls and the actions in the game. The game is based on simple physics rule of gravity. All you have to do is tilt the surrounding that is the maze by clicking and then dragging. The ball automatically rolls to the side which is lower. Playing the game in non touch devices is at first confusing, you’ll get confused to which direction you should actually click and drag to make the ball roll in desired direction. And you might end up tilting at wrong direction. And this fact makes the game fun. But once, you get a hold of the game working, then the game becomes easy and more fun. 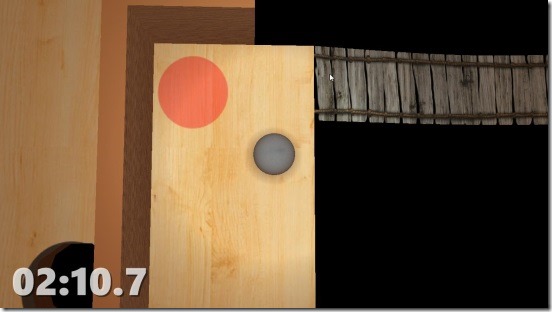 The game’s graphics are also equally good. The whole game is in 3D, and in the gameplay you’ll get a wooden 3D maze which has some holes here and there and some empty spaces. All you have to do is tilt the maze, make the ball roll avoiding the holes and gaps, and find a way out of the maze to reach to the final destination; which is a marked space in the very end of the maze and at first, is not even visible in the screen.

Though I really wished that there were more levels in the game, because it has just one level. Still, to make the game more fun and challenging, the game includes two important factors in the gameplay, and they are: Checkpoints and Time. There are checkpoints in the maze. They are very helpful in the game as they can help you in reaching the final goal. Whenever you pass over a checkpoint the game records it so that even if you fall into a hole or the gap, then you can start from the last checkpoint that you passed over. 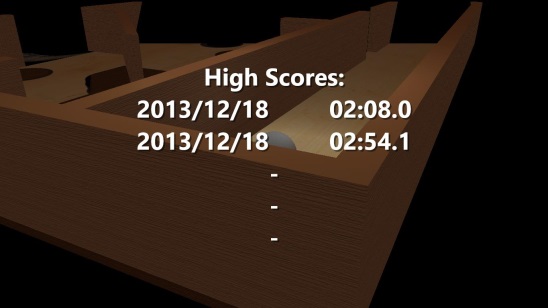 Including time factor in the game is one really good trait of this Windows 8 maze game app. The moment you start the game, the game starts a timer that records the total time you took to reach to the final destination. So, the quicker you reach the destination the higher score you’ll get. So, it’s a race against time. 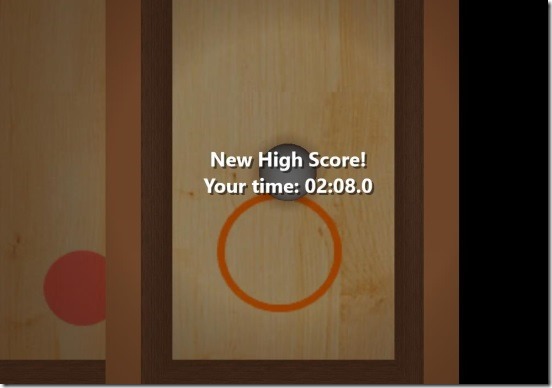 Do check out these other cool Windows 8 maze game apps, you might find them fun: Switchback, Nutjitsu, and Capman.

Wooden Marble Maze certainly is one of the good Windows 8 maze game app that you can find in Windows Store. It has really good simulations, graphics, sounds, and gameplay. Hope there will be another upgrade of the game that has more levels. The time factor does fills up the vacant space that was left because of the unavailability of more levels. It was real fun playing the game in non touch windows 8 devices. All in all a really good game to play.