Fotor Desktop is a free image editor for Windows, iOS and Android. It’s the desktop version of the online editor that we’ve talked about some time ago. Editing photos is very easy with Fotor because it doesn’t require you to have any kind of special skills. Everything is handy, effects, crops, frames, brightness adjustments, editing images is like walking through a wizard.

The two columns on the right have everything that you need for editing photos with Fotor. Each option that you select from the column all the way on the right will open up different ways and effects which you can apply to photos inside the middle column, the one next to the large image preview area on the left. Everything that you do the image that’s being edited can be previewed right away. 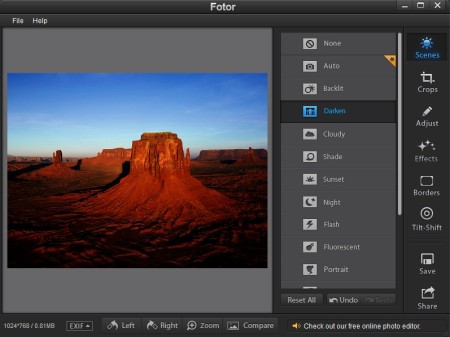 Key features of Fotor – free image editor for Windows are:

Users who enjoyed and still enjoy using the online version of Fotor should give the desktop version a try. A lot more features are available, while at the same time you also get to use this free image editor when you’re not in the range of a Internet connection. Portable apps, which are available for Android and iOS allow you to edit photos while you’re on the go, on your smartphone or a tablet device. Here’s a few pointers to help you get started.

How to edit photos and images with Fotor Desktop: free image editor

Images can either be opened up by selecting File >> Open, or by selecting the Click here to start button which you’re gonna see by default in the photo preview area. 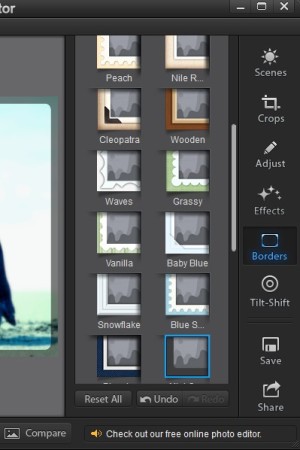 This is how the right sidebar looks like. We’ve selected the Borders option. These are basically frames which you can use to embellish the photo a bit. 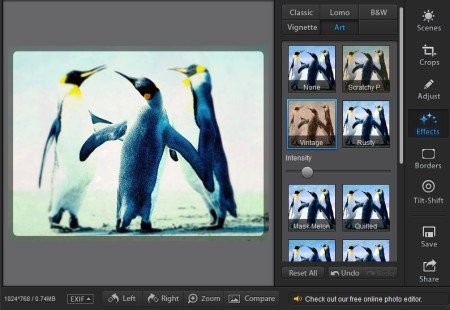 Effects are divided up into 5 different categories. When you select an effect, Intensity slider will show up. At the bottom you can rotate the image, zoom in, compare with how it was before and in the sidebar on the right, but all the way down Save and Share the edited photo.

Fotor Desktop has to be one of the easiest photo editors that we’ve tested. It’s very straightforward, with all the options just being there for you to use. RAW images are supported, a lot of them, which means that you can edit and convert photos from what format your digital camera uses. Give it a try and see how easy this free cross platform image editor really is.