Anrpro Screen Capture Tool is a free screen capture tool that lets you capture screenshots, edit them, and then save in various image formats. You can take screenshots in three different ways: Full-screen capture, rectangular region screen capture, and capture specific window of running program. This screenshot capturing software has the ability to delay screenshots up to 30 seconds. Apart from this, it provides you built-in image editor, which you can use to edit images with basic editing tools. Not only that, This free screen capture tool lets you manage and organize your images in folders. This screenshot capture utility has the ability to save the captured image in various formats, like: JPEG, PNG, GIF, and BMP. You can also further customize the application settings, whenever required. 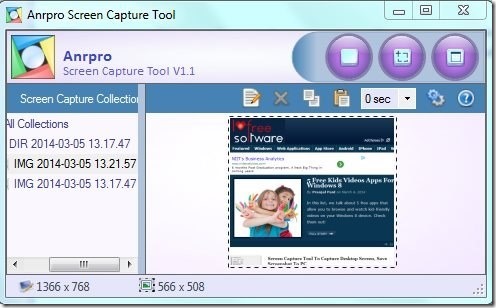 We have also reviewed many similar tools like Anrpro Screen Capture Tool.

How To Capture Screenshot With This Screen Capture Tool?

Anrpro Screen Capture Tool is a free screenshot taking software that can be grabbed from the link provided to you at the end of this article. It gets installed quickly and creates a shortcut on your desktop screen. 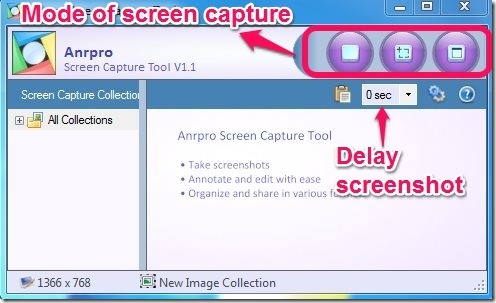 Soon after capturing the screenshot, it redirects you to the in-built image editor, where you can use basic editing tools located at the top. 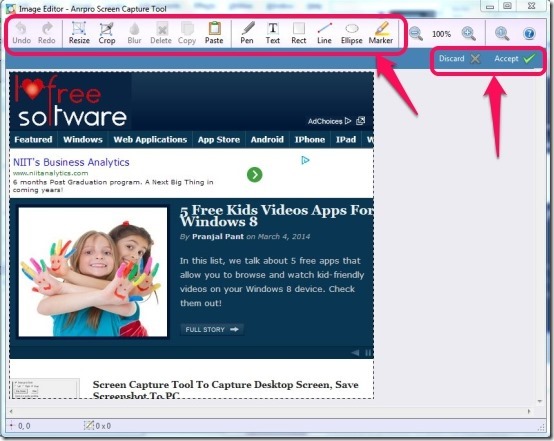 It offers you variety of editing tools, like: Crop, resize, blur, text, rectangle, line, and many more. Copy and Paste option can be used whenever you wish to move image to the clipboard. Freehand pen and Marker lets you highlight any specific portion of the image, which according to me helps in making worthy screenshot. Redo/Undo options are also available.

When you are done with all your editing, you can now click on “Accept” button, to proceed further to organize image files in an orderly manner. 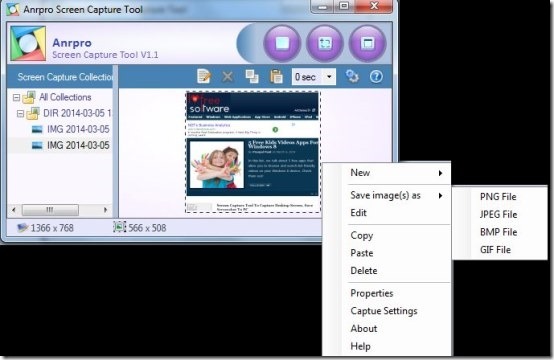 Screenshots are organized into default folder, that you can see and navigate from the left side of the interface. To manage your screenshots, you can create as many folders as you like and save screenshots to any folder of your choice.

You can use context menu for various actions, like: Edit, Copy, Paste,  settings, etc. You can also save your screenshots into various image formats, like .jpg, bmp, .gif, and .png, and save them to your clipboard. 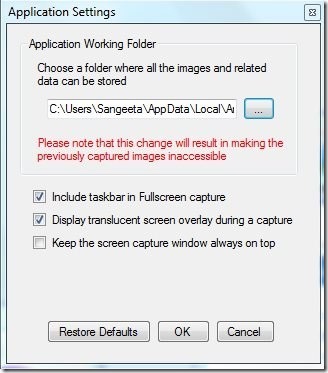 With the help of “Application Settings” option, you can easily choose the destination folder, include taskbar in full screen capture, and much more, depending on your convenience.

Anrpro Screen Capture Tool is simple and handy screen capture utility that comes with in-built image editor. It is idle for for those who are less demanding and have never tried their hands on Gadwin PrintScreen and SnapCrab earlier. You can checkout this freeware from the link below.