In this post, I will explain what exactly are Twitter audio Spaces and how you can create them on your phone. With Spaces, you can host audio or talk shows in a private/public audio room where you control everything.

Twitter started experimenting with Audio Spaces back in March and now this feature is being rolled out to everyone as announced on the official Twitter account. Right now if you have 600 or more followers, you can now host your Space and let people join the live conversation. The option is now available in the latest iOS and Android Twitter app and creating a Space is just a few taps away.

By launching Spaces, Twitter is about to take over Clubhouse as it is not available on Android now. Also, Twitter doesn’t have technical limitations that will restrict expansion of Spaces, which is the case with Clubhouse. The big question is will potential Clubhouse users even download the app when they can now start their audio Spaces on Twitter? Well the future seems to incredibly bleak at this moment because Facebook is also coming up with a tool like this.

Spaces came as a Clubhouse-inspired move by Twitter where you can host live audio stream. In a space, you can talk to your followers and they can also be a part of the conversion. Spaces are public and have a dedicated link, so anyone can join as a listener, including people who are not following you. In the beta stage there was an option for hosts to decide who can join your spaces and who can speak but now they are public. In order for Spaces to work, you will have to give one additional Android system permission to Twitter, that is microphone. 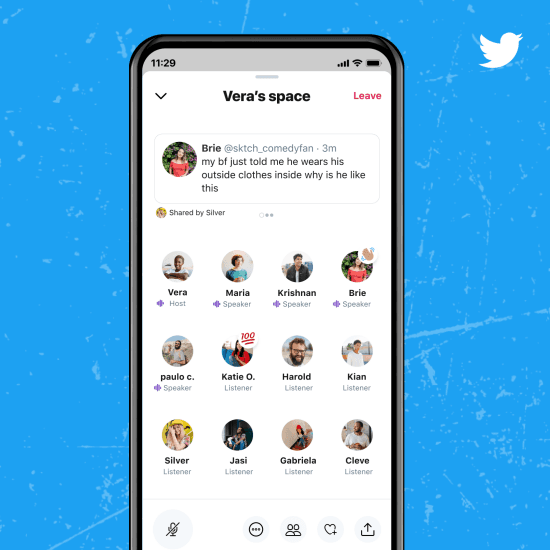 Spaces will improve over time and with some top level beta testers, it is now confirmed that in the future, there will be Co-hosted Spaces. Not only that, it will also feature, live captioning, and there will be an easy way to access Spaces on Twitter feed.

How to Create a Twitter Space on Android or iPhone?

If your account has Spaces enabled then it is very simple to host your first Space. Make sure that your Twitter app is up to date and then you simply tap on the tweet compose icon (+). There you will now see an additional option to create a Space. See the screenshot below. 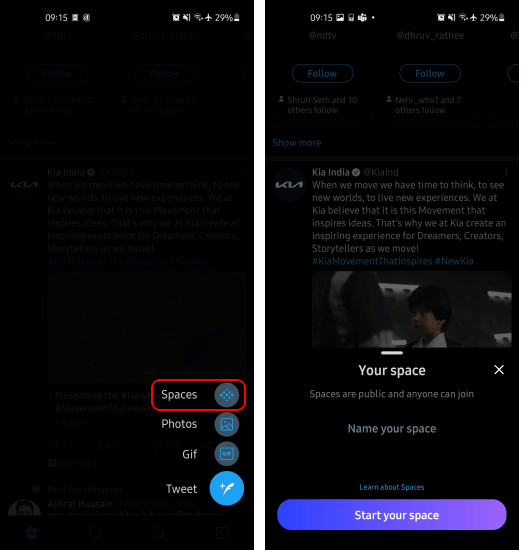 Next, you set a name to your Space and after you do that, it will available on your profile. Twitter will show active Space of a user as a fleet. You can just tap on it to join. Also, each Space has a dedicated URL you can copy using the share button. The Spaces popup also lets you post its link as a tweet or send it as a direct message. 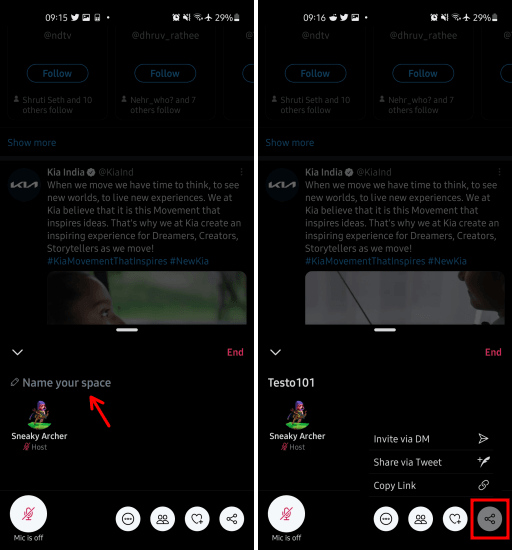 Now, when the Space is active, and people have joined, you can start speaking. For convenience, you can turn on live captions from the menu that pops up after tapping 3 dot icon. You can search speakers and listeners in your Space and respond to the requests that you have received.

This way you can host a Space on Twitter and when you are done, you can simply end it. Later, you can host another Space anytime and then do whatever you want. Right now they are public but I hope in the later updates, they introduce access control features like they had during beta testing phase.

If Twitter Spaces are enabled for you then as a creator you should use them to boost your engagement rate. And as I mentioned earlier that there will be monetized Spaces later so as a creator you will be able to earn from them as well.

I think Twitter really took an advantage of the hype that was created for Clubhouse in the recent months. And yes it is going to be a success I can tell and I am really glad instead of live videos, Twitter decided to add live audio rooms. This is much more convenient to handle and will open opportunities for creators and general Twitter uses to engage in healthy discussions or entertaining audio shows.