Here’s a list of 5 tetris extensions for Google Chrome which you can use to play everyone’s favorite, tetris, inside Google Chrome. We’ve all played tetris at some point of our lives. Games these days have advanced to new highs, but if you’re still a fan of the retro genre and would like to enjoy tetris in particular, inside your Google Chrome, we’ve got you covered.

We dug deep and found 5 Chrome extensions that do just that. 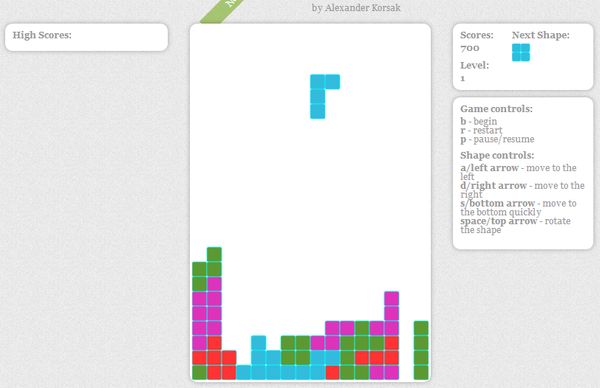 The very first tetris extension that we’re gonna be talking about is called Tetris, just that, nothing more.

It has nice interface, this is one of those extensions that opens up inside a tab. It’s completely standalone. To control the falling blocks you’re gonna have to use your keyboard. Dashboard with information like the next block, current score, and short instructions on how to play is available in the right sidebar. 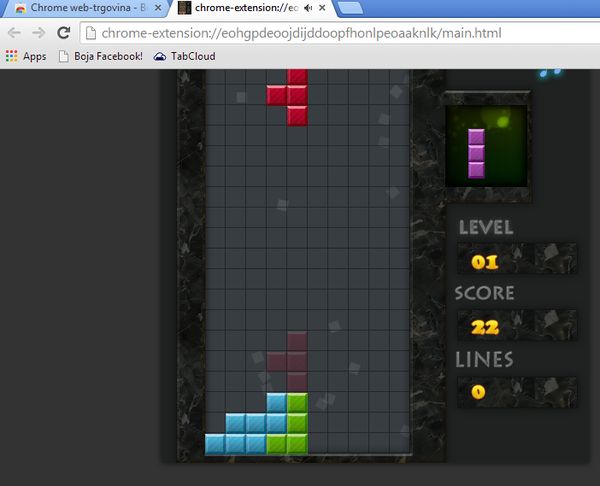 Better Tetris brings you something that the previously mentioned Tetris doesn’t have, a relaxing music background that’s gonna play as you play.

Interface is also darker, so if you’re not a very big fan of your tetris having white interface with differently colored blocks, you need to take Better Tetris, over Tetris. 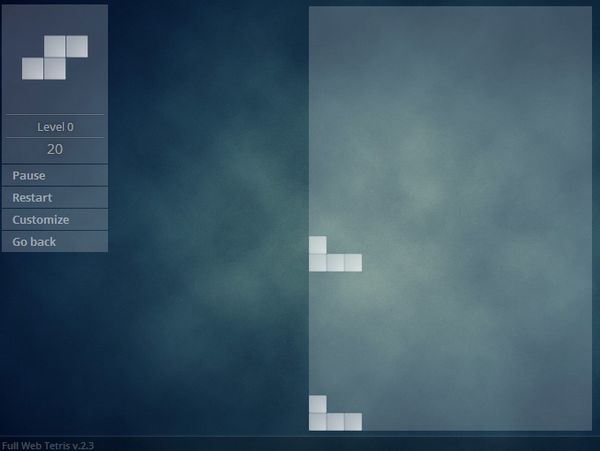 Full Web Tetris brings a lightweight interface, that has a transparent kind of feel to it.

Notice that you feel almost as if the interface is transparent. Use navigational keys to control the blocks as they’re falling down. Pressing down space is gonna increase the speed at which the blocks are dropping. Everything else is pretty much the standard, make sure that the cubes don’t reach the top and you’re golden. 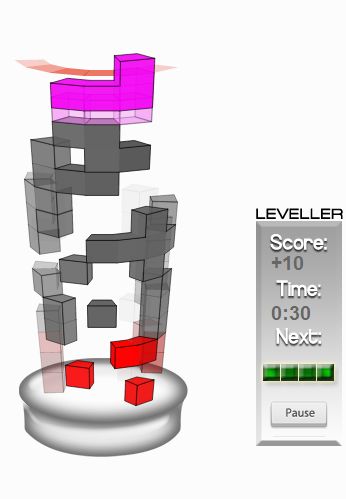 Tetris 3D offers something completely different from the previous three extensions. With this tetris extension for Google Chrome instead of having the same old boring 2D blocks stacking on top of each other, Tetris 3D adds another dimension to the mix.

Stack where blocks are falling down are now round, 3D round and blocks have been customized to fit the new shape of the “board”. Game is played the same way as before, rotate the blocks, reposition the stack so that they fit and that you clean the stack from blocks. 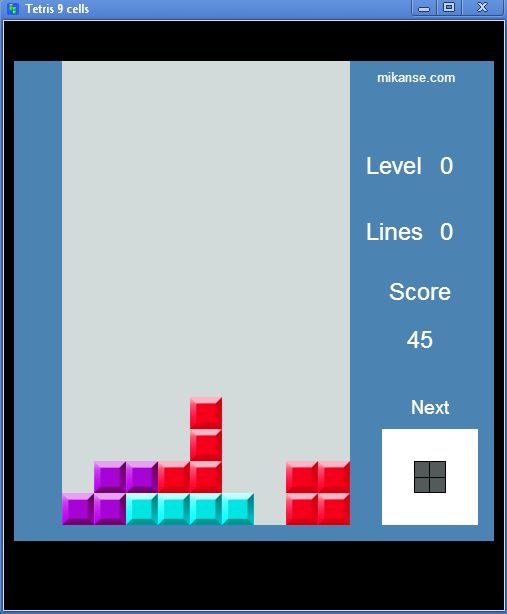 Tetris 9 cells is a tetris extension made entirely inside HTML 5. It’s a classic tetris game, without any kind of fancy features, other than funny audio effects that can be heard as you rotate the blocks.

Extension works in its own window, as a standalone app that doesn’t require an active internet connection in order to work.

Picking a favorite out of these 5 tetris extensions isn’t easy, but we do have a couple that we suggest you try first. Better Tetris for example had us with the relaxing background music. Tetris 3D with its 3Dness and Tetris 9 with simplicity. Let us know if you agree with our selections in the comments down below.