Here’s a list of 5 hex editor software for Windows 10 which can be used to edit binary files like DLLs, executables (EXEs) and so on. These type of files cannot be edited in normal text editors, or code editors. Opening such a file in them will only result in you seeing gibberish, unintelligible characters. They are going to have to be edited using hex editors, like the ones listed down below. Even then you’ll need to know a thing or two about editing hexadecimal tables using one of these applications. 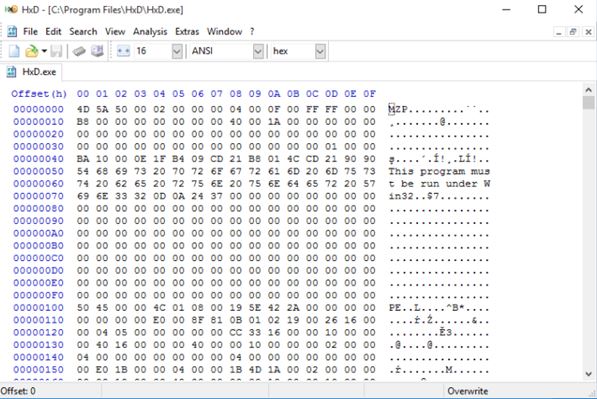 HxD is a hex editor software that comes in both installable and portable versions. Application is very small but offers a lot of useful features. For starters its fast, and optimized to work with large files. It has all the usual functionalities that you’d expect from a standard text editor, search and replace, multiple files can be opened (using tabs) and so on.

When it comes to hex editor specific features, there’s support for file splitting, checksum calculations, file comparison, octal and decimal work modes (next to hex), statistics, exporting files using multiple methods and more. On top of all that, the application also lets you open entire hard drive partitions and RAM drives and make changes to them directly from within the application. 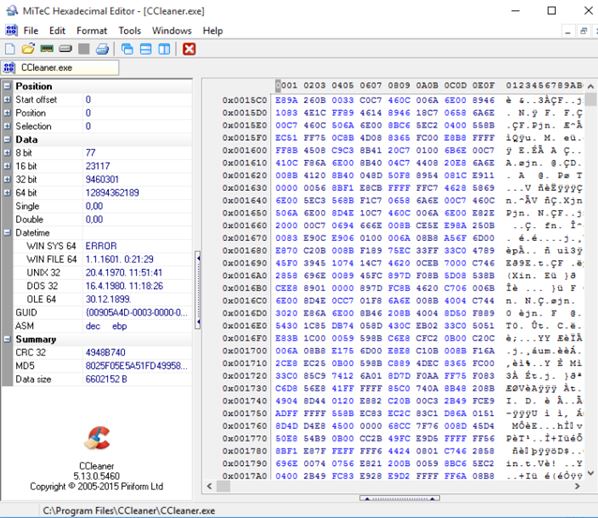 Mitec HexEdit shares a lot of the same features that HxD has, and it even has a similar interface, but there are differences between the two. HexEdit has a left sidebar for a quick file summary. Editor itself takes up rest of the interface on the right-hand side of the application window.

Functionality wise you get support for opening multiple files (tabbed), file disassembly is possible using a built-in disassembler, there’s support for file comparison, formatting tweaks, memory and hard disk dumps, find and replace, printing and more. Mitec HexEdit is portable, so you can run it off of a thumb drive, for example.

Also, have a look at Feature Rich Portable Text Editor For Windows: EditBone. 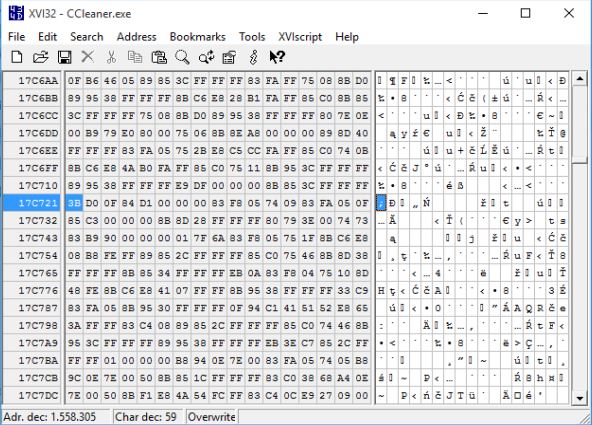 XVI32 is another portable hex editor software for Windows 10 that’s more stripped down than the two previously mentioned applications. It’s small, around 500kb in size, but still has a decent selection of features.

Like HxD, XVI32 is optimized for opening large files. It does this by loading only part of them in memory, instead of entire files at once. Searching files opened in XVI32 is made easy with advanced find and replace tool, jump to address and it also supports character conversion. Available tools allow you to do things like number decoding/encoding, bit manipulation, CRC calculations, shred data from files and more. Built-in bookmarking will help you find your way around large files. 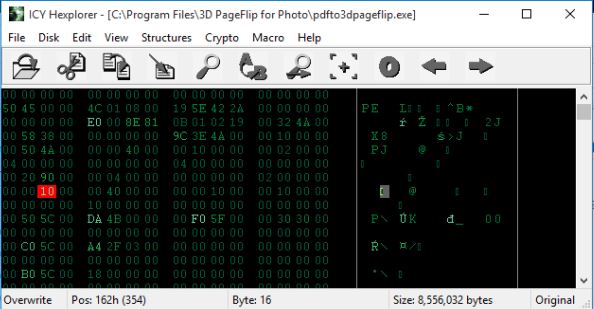 Hexplorer is a hex editor that offers a lot of similar features to the ones found in previously mentioned hex editors. Find and replace, bookmarks, extensive file type support for import/export and a disassembler. It does have a couple of unique features of its own that are worth mentioning.

For example, it supports recording of macro commands for repetitive tasks, when editing a file for example. To record a macro command, sect “Macro” from the to left corner menu and after that click “Record”. While recording, every action is saved and then when you finish recording and play the recorded macro command, every recorded action is repeated on a loop. Color schemes, in other words something similar to syntax highlighting for different file types is available. On top of files Hexplorer will also allow you to open up entire partitions for editing hard drives sector by sector, or to write sectors of your own. 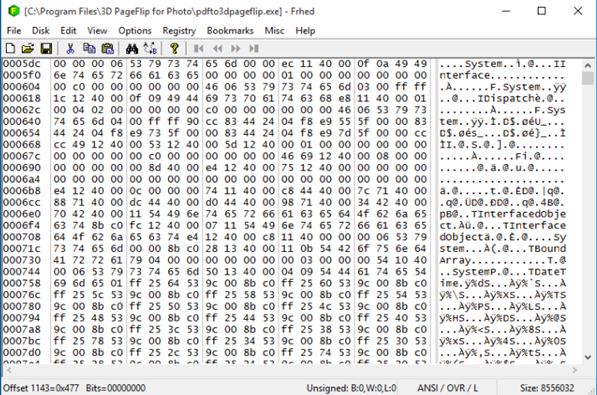 Frhed is another small and fast hex editor software for Windows 10 where all the basic tools for editing binary files can be found. You get the usual, find and replace, ability to open up hard drives, move/copy bytes, hex character editing, values can be inserted into files, bookmarking is available and so on.

Frhed specific features that I noticed mostly focus on cosmetics like being able to tweak the editor (text color, background color, colors of selections, bookmarked lines, etc.) and zooming in/out of text. Interface is arranged so that hex values are shown on the left, while the rest of the file info is shown in a sidebar on the right. Like other editors that I mentioned, Frhed also supports partial file loading, so that very large file can be opened. Keep in mind that the size of the files that you can open is limited with the amount of memory that you have.

All 5 of the hex editor software from the list above is great at what it does. I really like XVI32 because it offers a lot for such a small and portable application. Close behind it is Hexplorer because it seems to me that being able to record macro commands is a feature that can come in handy. Leave a comment down below and tell me what you think.